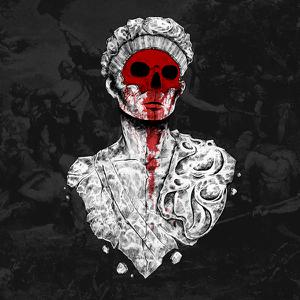 Seether’s Deluxe Edition release of their acclaimed 2020 album, Si Vis Pacem, Para Bellum features 22 tracks in all, five of which are previously unreleased including the set’s lashing first single “Leech.” 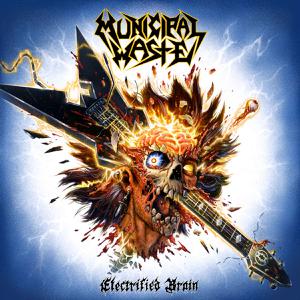 Thrashing party metal legends Municipal Waste are back with a brand-new album called ‘Electrified Brain’. Out on July 1st, 2022 via Nuclear Blast. "Electrified Brain" marks MUNICIPAL WASTE's first album in 5 years, following the release of their critically exalted 2017 record "Slime and Punishment." And don't think they've slowed down in the years since. Recorded in Philadelphia with producer Arthur Rizk (Power Trip, Code Orange), "Electrified Brain" is a high-voltage non-stop masterclass of neck-snapping thrash that'd be the ideal soundtrack for high-speed car chases and backyard steel cage matches as witnessed on the new track "Grave Dive." 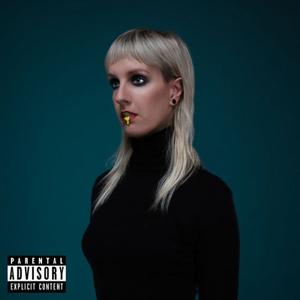 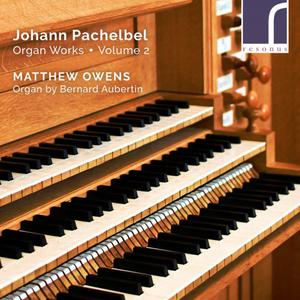 Matthew Owens - Pachelbel: Organ Works, Volume 2 (2022)
FLAC (tracks), Lossless | 1:15:56 | 273 Mb
Genre: Classical / Label: Resonus Classics
A close contemporary of Buxtehude, Johann Pachelbel was, by all accounts, an outstanding keyboard player himself, and his compositions provide a fascinating stylistic bridge between early-Baroque composers such as Frescobaldi and Froberger (both of whom influenced him) and the later music of Johann Sebastian Bach and his contemporaries. Organist Matthew Owens continues his major exploration of the many extant organ works of Pachelbel with this second volume, recorded on a recent instrument by the renowned French organ builder, Bernard Aubertin. The recital includes Pachelbel’s largest set of Magnificat Fugues – 23 in total – alongside free works and chorale-based works.
Resonus Classics Resonance Records Classical Classical Music FLAC Lossless MP3 Any Live Compilation Various Artists Mp3 2020 2021 2022
Details 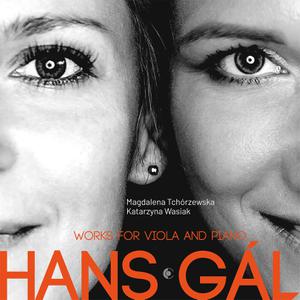 The album "Hans Gál works for viola and piano" (RecArt 0045) performed by Magdalena Tchórzewska (viola) and Katarzyna Wasiak (piano) contains the only surviving compositions for viola and piano by H. Gál - an Austrian composer at the turn of the 19th / 20th century, a distinguished Viennese and J. Brahms, a lover of F. Schubert's melodies, as well as J.S. Bach, referring in its style to the complex harmonies of modernism of the beginning of the 20th century. Music on the CD, composed during the composer's stay in England in the 1940s, appear for this instrumental viola-like instrument, with the accompaniment of a voice in the equatorial unified dialogue. The work of the composer, which from 1933 to create the "degenerated" category only for years, was reborn anew. This album is the result of many years of cooperation and the artistic activity of discovering and expanding the music of forgotten composers. 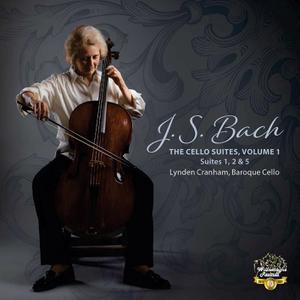 Lynden Cranham's earliest memories of Bach were overwhelming, sitting in the huge and resonant space of Westminster Cathedral listening to an organ recital. She subsequently became fascinated (as a listener and a player) by the Bach Cello Suites. It was especially poignant for Lynden, as part of the orchestra during John Eliot Gardiner’s Bach Cantata Pilgrimage, not only to play near the font where Bach had been baptised, in the Georgenkirche in Eisenach, but also to play in Köthen, where he probably composed the Cello Suites. The idea of recording the Suites had been at the back of her mind for most of her career, and when playing part of one of them in a chamber-music concert a few years ago she realised that she'd found an ideal venue for doing such a recording: the beautiful small church of St Peter and St Mary in Fishbourne, West Sussex, complete with its warm, intimate acoustic. As one concert after another was cancelled it gradually became clear to the recording engineer, the producer and myself that, dire as this situation was, it provided the perfect opportunity to begin recording the Suites. So, braving the cold (and maintaining strict social distancing), Suites 1 and 2 were recorded in the church in December 2020. Soon after that, in April 2021, Suite No. 5 was recorded in its original scordatura version; this needed to be recorded alone, as in that way Lynden was able to keep the cello with the A string tuned down to G. Those three Suites make an interesting contrast – the first two relatively conventional in sonority, the fifth introducing something entirely different. 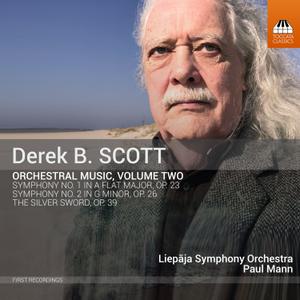 Derek Scott, born in Birmingham in 1950, has an international reputation as an historian of the British music hall and other forms of light entertainment. But he is an outstanding composer in his own right, his music treading a fine line between a very English whimsy and a profoundly felt and natural response to his (often Celtic) subject matter. These works reveal a master craftsman and natural tunesmith, who manages to unite good humour, unerring technique and deep feeling in music of immediate appeal. His two symphonies – originally written for brass band – embody a return to the formal, Classical clarity of Haydn, though expressed with the satisfyingly beefy textures of the modern orchestra. He lists among his influences Shostakovich and Sibelius and, less predictably, The Beatles and The Kinks. 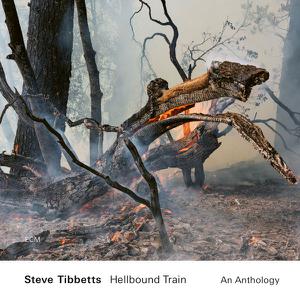 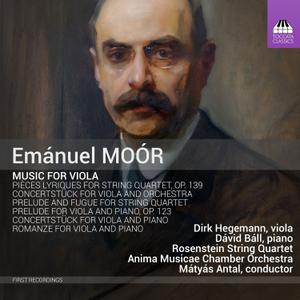 The works of Emánuel Moór (1863–1931) ought to be celebrated as among the major achievements of Romantic music, but because of Moór’s peripatetic life – he was born in Hungary, studied in Vienna (with Bruckner), performed in the US and across Europe, became a UK citizen and settled and died in Switzerland – no country has claimed and promoted him to the degree he deserves. Moór’s musical language offers a deeply satisfying blend of contrapuntal mastery and ardent lyricism, as the works on this album – written for or involving the viola – demonstrate. In time he will be recognised as one of the masters of his age. 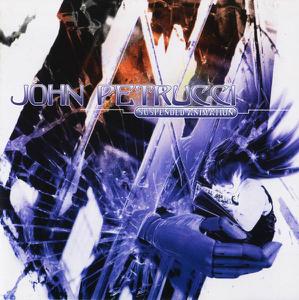 Suspended Animation is the first studio album by Dream Theater guitarist John Petrucci, released independently in 2005 through Sound Mind Music.
Suspended Animation is a decent album that exhibits Petrucci composing skills and technique in a very respectable manner. This is a definitely recommended album for fans of instrumental music, shredding albums or the casual Dream Theater's fans. Petrucci showcase a lot of his shredding abilities in this album, but he doesn't forget to do it in the form of sophisticated progressive compositions, and that's what's good about this album. 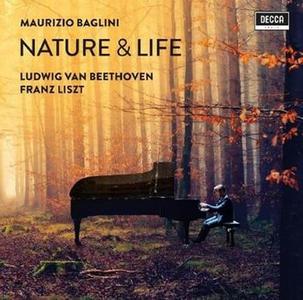 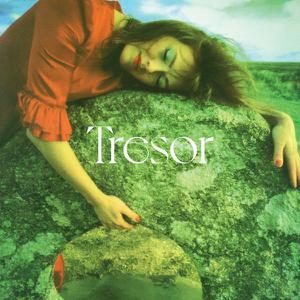 Gwenno - Tresor (2022)
WEB FLAC (Tracks) 230 MB | Cover | 43:06 | MP3 CBR 320 kbps | 101 MB
Alternative, Indie, Singer-Songwriter | Label: Heavenly Recordings
It doesn't get much more unusual than a new album by Gwenno. The Welsh singer, who was formerly in mid-aughts retro novelty group The Pipettes, has recorded her last two records in the Cornish language of Kernewek. Not long ago, only around 200 people spoke it; although in 2018, after the release of the singer's second album, Le Kov, the Cornish Language Board reported a 15 percent increase in the number of students taking Cornish exams. As foreign as it all feels to most of the world, you don't need to know what she's saying to feel the music. Tresor (which loosely translates to "treasure"), Gwenno has said, is about being a mother: figuring out who you are while putting someone else's most basic needs ahead of your own, and how to reclaim your body and desires.
2022 MP3 CBR 320 kbps lossless FLAC Gwenno Alternative Indie Singer-Songwriter
Details 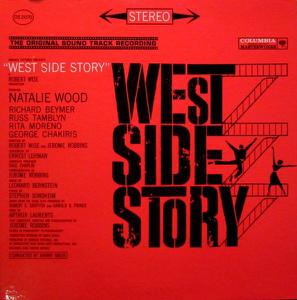 Leonard Bernstein - West Side Story (The Original Soundtrack Recording) (1961)
EAC Rip | FLAC (tracks, cue, log) - 295 MB
51:18 | Jazz, Stage & Screen, Soundtrack | Label: Columbia Masterworks
West Side Story [1961] [Original Motion Picture Soundtrack] Review by Richie Unterberger
The soundtrack of the West Side Story film is deservedly one of the most popular soundtrack recordings of all time, and one of the relatively few to have attained long-term popularity beyond a specialized soundtrack/theatrical musical audience. (It is an entirely different recording, it should be emphasized, from the original Broadway cast recording, which was also a massive-selling album.) Its widespread impact could be attributed to a few factors: the wide range of compositional and orchestral styles, from cool swing jazz and shades of Latin pop to classical; the universality of the storyline, pitting underdog lovers against the world; and an assortment of songs that goes well beyond the sentimental love odes that are the staples of musicals (though it has some of those, too), including some downright tough posturing and sardonic social commentary.
Leonard Bernstein 1961 60s Jazz Stage & Screen Soundtrack CD-Rip FLAC Lossless
Details 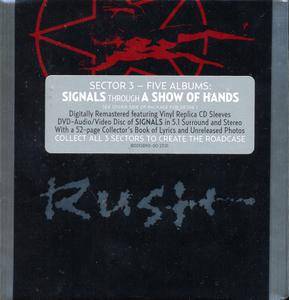 Sector 3, the third installment of Rush’s Sector series of box sets, finds the band diving headlong into the ‘80s with a more synth-oriented approach. Featuring the albums Signals, Grace Under Pressure, Power Windows, Hold Your Fire, and the live album A Show of Hands, this period of Rush's career finds them focusing more on Geddy Lee’s multi-layered synthesizer excursions and finds guitarist Alex Lifeson moving into more of a support role as he begins to experiment with a more effects-heavy sound… 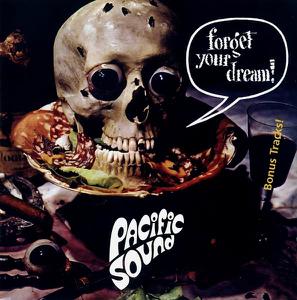 Reissue on CD taken from the original master tapes of one and only album by Swiss masters of psychedelica Pacific Sound originally released in 1972. A truly spectacular heavy psychedelic album and pure classic of it's time. Flying acid leads, roaring keyboards, strange vocals. This CD issue has 3 bonus tracks from 1971, extensive liner notes and lots of nice pictures of the band.