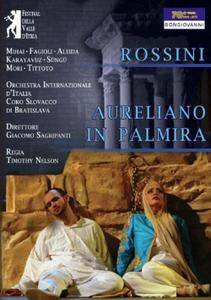 The Festival della Valle d'Itria mounted this lavish production of Gioachino Rossini's 1813 opera Aureliano in Palmira, in July 2011. Aureliano in Palmira movie It was staged and performed at the Palazzo Ducale, in Martina Franca, Italy. Aureliano in Palmira video The cast includes Bogdan Mihai as Aureliano, Franco Fagioli as Arsace, Maria Aleida as Zenobia and Asude Karayavuz as Publia, with the special participation of Louise Frank as Vecchia Zenobia. Aureliano in Palmira film The Orchestra Internazionale d'Italia and the Coro Slovacco di Bratislava provide additional musical accompaniment, with Pavol Prochazka serving as chorus master and Giacomo Sagripanti conducting. 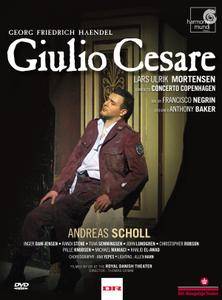 Here is what is probably Handel’s most accomplished opera: the heir to L’incoronazione di Poppea with respect to the villainy of some of its characters, but also the Baroque ancestor of certain Romantic operas! Scrupulously based on historical characters, this work illustrates many different facets of the human soul, and also boasts perhaps the most sumptuous orchestral textures Handel ever conceived, magnificently brought out by Lars Ulrik Mortensen in this production from the Copenhagen Opera. Francisco Negrin’s transposition of the opera to the universe of modern war and Anthony Baker’s refined designs place Andreas Scholl (Giulio Cesare) and the other soloists in an unsettling, crepuscular atmosphere that is highly contemporary. 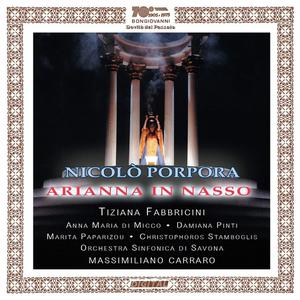 Speaking in general about Porpora, and in particular his Ariadne, in 1910 the French musicographer Romain Rolland wrote ""Histor didn't do him justice. He was fit to compete with Handel, and the comparison between Handel's Ariadne and Porpora's, staged a few weeks apart, is not at all in favour of the former. Handel's music is elegant; but doesn't have the strength of certain arias in Porpora's Ariadne in Naxos. These arias' form has an excessively classical regularity; but powerful inspiration circulates through these Roman temples."" The common place of Porpora, a singing teacher ready to subordinate everything to his pupils' voices, must be reflected upon in the light of the vocal writing in these pages: in which belcanto flourishes are generally administered abundantly and in each case almost always justified by musial and expressive reasons and immersed in the character's specific dimension. 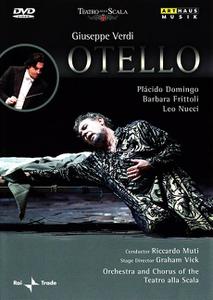 The Milan „Otello“ traditionally opens the Scala season and did so in 2001 on 7 December, but at the same time it was the farewell production before the start of the three-year renovation of the house and not least a brilliant end to the Verdi Year. The audience as well as the press cheered Barbara Frittoli as a youthfully charming Desdemona, Leo Nucci as cleverly self-controlled Iago and Plácido Domingo as a thrilling Otello, both from the dramatic and the singing point of view. Domingo had been the leading Moro di Venezi for a quarter of a century, and in Milan he said farewell to this role – “in triumph”, according to ‘The Herald Tribune’. 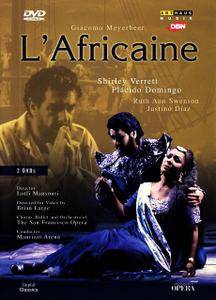 Plácido Domingo as Vasco da Gama and Shirley Verrett as the African queen, whom he has enslaved, star in Giacomo Meyerbeer‘s spectacular grand opera L’Africaine, in a colourfully exotic production by Lotfi Mansouri, under the sensitive musical direction of Maurizio Arena. The visual splendour of Wolfram Skalicki’s designs matches the vocal distinction of the cast in this seldom performed masterpiece. Director Brian Large captured this magical performance from the San Francisco Opera House for video in 1988. 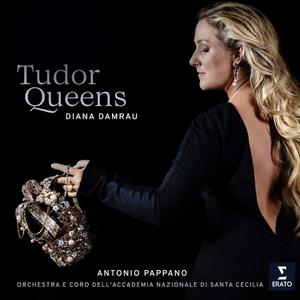 Soprano Diana Damrau assumes the crowns of three different Tudor queens, the central characters in operas by Donizetti: Anne Boleyn (Anna Bolena), Mary, Queen of Scots (Maria Stuarda), and Elizabeth I (Roberto Devereux). With Antonio Pappano and the Orchestra and Chorus of Rome’s Accademia Nazionale di Santa Cecilia, she performs the substantial and climactic final scene of each work. When Damrau sang Maria Stuarda at the Zurich Opera, the Neue Zürcher Zeitung wrote: “She commands a voice that seems to have no limits. Her coloratura is stunning, her vocal range impressive, and her dynamic shadings are breath-taking. Damrau is in a class of her own.” 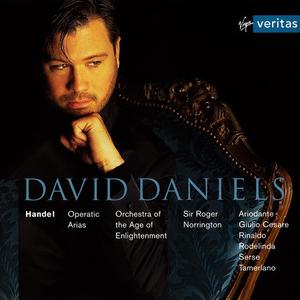 The ever-increasing popularity of Handel and his contemporaries, and their employment of alto castratos, has encouraged the development of countertenors capable of similar vocal feats to the original interpreters of the heroic roles in these works. Among these the distinguished American, David Daniels, who burst on to the scene here a couple of years ago at Glyndebourne in Theodora, is a leading contender. If I would place Scholl in the category of Deller and Esswood, with their luminous, soft-grained tone, Daniels is closer to the more earthy sound of Bowman, his voice — like Bowman's — astonishingly large in volume. 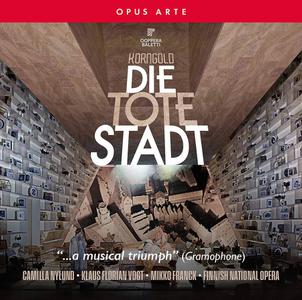 Korngold was just 23 when his most celebrated stage work was premiered in 1920 by no less than Otto Klemperer. The rich orchestration and brilliant bel canto vocal writing is here superbly realised by a cast led by Klaus Florian Vogt and Camilla Nylund, with 'conducting to die for' (The Guardian ★★★★★) from Mikko Franck. 'I regard Die tote Stadt as one of the greatest operas of the first quarter of the 20th century and the Finnish National Opera’s production makes it stand out as a true masterpiece, scenically and musically.' (Seen and Heard International) 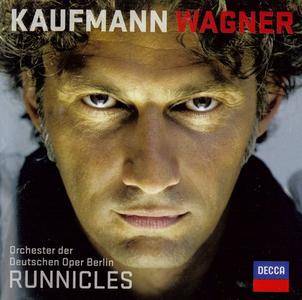 This should clinch it: Jonas Kaufmann is the pre-eminent Wagner tenor of this generation. (Slated to sing Manrico soon, and judging from his Werther, he may just be the pre-eminent tenor, period.) For those who haven’t heard him, the voice is dark and manly, with easy ascents above the staff at all dynamic ranges (including some crooning that can become more like a mannerism than a service to the music), a top that rings loud and clear, phrasing that confirms great musicianship, a smooth legato, and flawless diction. 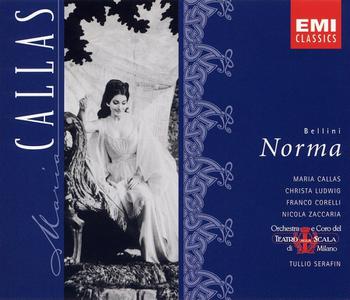 Callas first sang Bellini’s Norma in 1948, when she was just 25. She went on to perform the role of the heroic, but vulnerable Druid priestess –the ultimate embodiment of bel canto – more frequently than any other. In this second studio recording her conductor was again Tullio Serafin (he originally tutored her in the role in 1948),and the venue was again La Scala – where the opera was premiered in 1831. By 1960, Callas brought a wealth of new nuance to her interpretation, and she is aptly partnered by the creamy-voiced Christa Ludwig (in a rare recording of an Italian role) and the towering Franco Corelli. 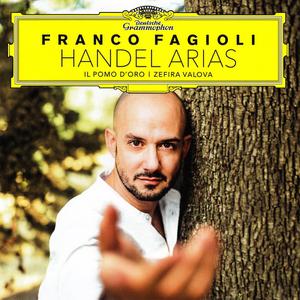 The Argentine countertenor Franco Fagioli, with his mighty voice, has always been easy to imagine as one of the castrati with whom Handel contended at the height of his operatic career. He brings both power and flair to fast passagework, and that doesn't change here in such arias as Venti, turbine, prestate, from Rinaldo, HWV 7a. What's different this time is the expertise Fagioli brings to the slow numbers. For the most part, Fagioli does not essay unusual repertory here, except in the final Ch'io parta?, from Partenope, HWV 27, which elegantly ends the program on a question and frames the whole thing nicely with the opening aria from Oreste, HWV A11. For the most part, though, Fagioli sticks to familiar territory, and he lays claim to it. Sample the intense but understated performance of Ombra mai fu, from Act One of Serse, HWV 40, which seems to allude to its suppressed emotion rather than laying it on the line. 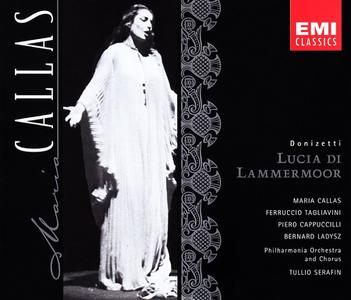 In the six years that had passed since 1953, and her first recording of Lucia di Lammermoor, Callas’s voice had maybe become less robust,but her singing had become still more perceptive. As Gramophone said: ‘Mme Callas has refined her interpretation of the role, and made it more exquisite, more fascinating,musically and dramatically more subtle – in a word, more beautiful.’ 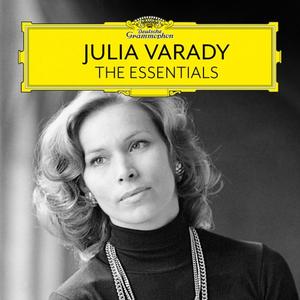 Julia Varady - Varady: The Essentials (2021)
WEB FLAC (tracks) - 1.1 GB | MP3 CBR 320 kbps - 632 MB
4:28:38 | Classical | Label: UMG Recordings
Julia Varady is a highly respected soprano who has had a major European career and considerable success elsewhere. She comes from a fabled part of Rumania that used to belong to Hungary and is home to most of Rumania's ethnic Hungarian population. She studied at the Conservatory in Cluj (formerly Klausenberg), then at the conservatory in the capital city of Bucharest. She returned to Cluj and in 1960 gained a contract with the Cluj Opera and quickly was given the leading roles in the lyric-dramatic repertory, including Judith in Bluebeard's Castle, Fiordiligi in Così fan tutte, Butterfly in Madama Butterfly (after originally playing the short part of Kate Pinkerton), the Marriage of Figaro (in which she sang, at various times, all three soprano roles), Turandot (as Liù), Santuzza in Cavalleria Rusticana, and Desdemona in Verdi's Otello. During this period she also made guest appearances at the National Opera of Bucharest and in Budapest, Hungary.
Julia Varady 2021 Classical Opera FLAC MP3 Lossless
Details 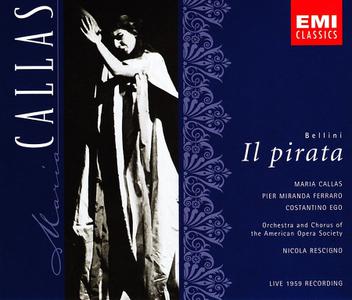 The titular character of Bellini’s Il pirata is the tenor, Gualtiero, but it is the soprano, Imogene, who leaves the most powerful impression, thanks above all to her lengthy and dramatic closing scena. Il pirata had fallen into obscurity before it was revived for Callas at La Scala in May 1958. She went on to make a studio recording of the final scene a few months later and early in 1959 starred in this concert performance at New York’s Carnegie Hall. Collaborating with one of her favourite conductors, Nicola Rescigno, she electrified the audience with singing of inimitable poetry and theatrical power. 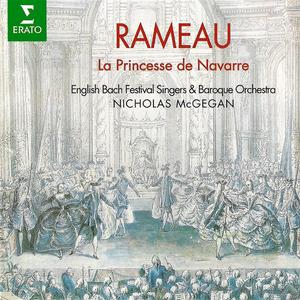 Although nowadays Jean-Philippe Rameau is considered the greatest French baroque composer, he only came to real fame when he was already fifty years old. Then, in 1733, his first 'tragédie en musique', Hippolyte et Aricie, was performed in public. This was followed later that decade by Castor et Pollux (1737) and Dardanus (1739) and two 'opéra-ballets', Les Indes galantes (1735) and Les Fêtes d'Hébé (1739). By the 1740s his reputation was such that there was no other composer who could be invited to write the main music to be performed during the festivities at the occasion of the marriage of Dauphin Louis, son of King Louis XV, to Marie-Thérèse of Spain in February 1745. The festivities in Versailles, which lasted a month, started and ended with music by Rameau.