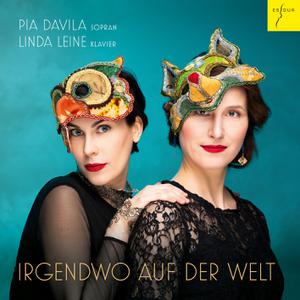 Out of the drawers! Pia Davila and Linda Leine give new perspectives on "ostracised music". 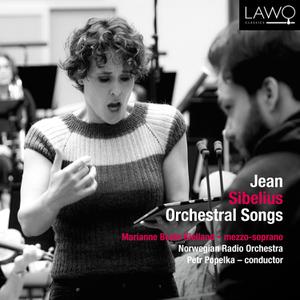 Mezzo-soprano Marianne Beate Kielland is famous for her strong stage presence and musical integrity. Gramophone Magazine writes about her: The mezzo-soprano is quite outstanding: strong, firm, sensitive in modulations, imaginative in her treatment of words, with a voice pure in quality, wide in range and unfalteringly true in intonation. 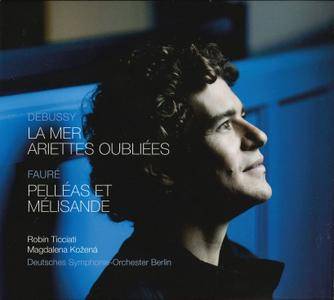 This marks the first release with Robin Ticciati leading the Deutsches Symphonie Orchester Berlin, and it makes the requisite splash. There's a world premiere: even if you're not on board with the trend of enlarging the repertory through arrangements of works that are perfectly good in their original form, you will likely be seduced by mezzo-soprano Magdalena Kozená's ravishing reading of Debussy's voice-and-piano Ariettes oubliées, inventively arranged by Brett Dean. There's a little-known work: the opening one, Fauré's Prelude to Pénélope (a sparsely performed opera, with a slightly less sparsely performed prelude) is a lush and beautifully controlled arc. Controlled and detailed are two words that come to mind for Ticciati's interpretation of La mer, the warhorse work on the program; it may seem a bit deliberate, but there are many hues in his performance. The two Debussy works are balanced by two of Fauré's: the fourth work is the suite from Fauré's incidental music to Pélleas et Mélisande (in Charles Koechlin's version), also deliberate and lush. Linn recorded the performance in Berlin's Jesus Christus Kirche, which allows the full spectrum of orchestral colors to come through. Worth the money for Kozená fans for her turn alone, and a fine French program for all. 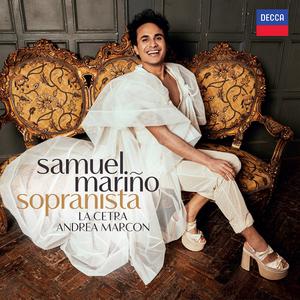 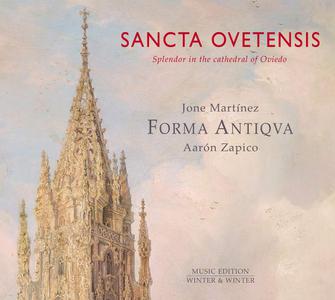 The Spanish baroque ensemble Forma Antiqva rescues forgotten masterpieces. The conductor and artistic director Aarón Zapico opens the musical treasury in the archives of Oviedo Cathedral and presents Spanish masterpieces of the 17th century to the world. Each individual work is a premiere recording, including six vocal pieces by Joaquín Lázaro (1746-1786) — the soprano Jone Martínez brings these love arias about the highest, divine love to life again — and two anonymous instrumental pieces and a violin concerto. Forma Antiqva, conducted by Aarón Zapico, is one of the most outstanding baroque ensembles in Spain. Zapico places special work on the discovery of Spanish baroque music. The maestro unearths gems and performs them with his ensemble as if the ink were still wet on 17th-century sheet music. Very exciting! 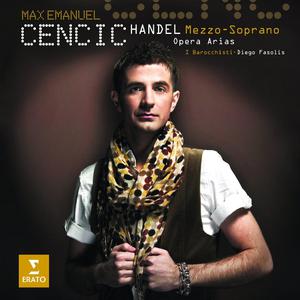 Max Emanuel Cencic accurately describes himself as a mezzo-soprano rather than a counter tenor. His tone, while pure, is colorfully nuanced, nothing like the blanched purity that was once (but is thankfully no longer) stereotypical of counter tenors. A lifetime of singing the most advanced repertoire has given him a confident technique, exceptionally sure intonation, astonishing vocal power, and an effortless-sounding flexibility; at the age of six he sang the Queen of the Night's "Der Hölle Rache on Zagreb" television, and he went on to become a soloist with the Vienna Boys' Choir. On this album he tackles some of Handel's most virtuosic and demanding mezzo arias, most of them relatively unfamiliar. /quote] 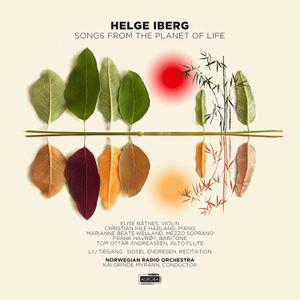 In 'Songs from the Planet of Life,' composer Helge Iberg uses poems of the taoist tradition to shed light on the ecological situation. An impressive handful of soloists come together with The Norwegian Radio Orchestra for this touching musical reflection on the present state of the planet and humankind. Norway's biggest newspaper Aftenposten, describes the work as "Heavenly! Iberg's concept gave us a night we will never forget!" An all-night Concerto Grosso for five soloists, narrator and symphony orchestra; extensive, grand-scale and correspondingly powerful a new Das Lied von der Erde inspired by Gustav Mahler's iconic art piece. The piece consists of 9 movements. Vocal artist Sidsel Endresen narrates the poems together with LiuTiegang, actor and leader of The National Theater of China in Beijing. Elise Batnes's interpretation of Tale of Sorrowful Song is outstanding. Christian Ihle Hadland's piano-playing is equally poignant in Lotus Dance, while Marianne Beate Kielland and Frank Havroy spellbind us in Long Autumn Night contrasted by Tom Ottar Andreassen's alto flute, all safely guided by conductor Kai Grinde Myrann. 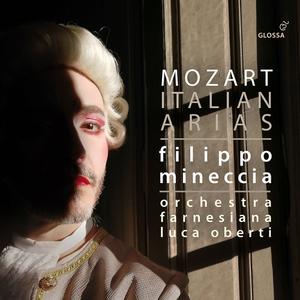 Between 1769 and 1773, Mozart made three travels to Italy, under the guidance of his father Leopold. The present program traces the stages especially of his first two trip from 1769 to 1771, during which the young Mozart played an important role in Milan's musical life, and reconstructs the most important musical encounters. Arias from Mitridate, Ascanio in Alba (written for the Teatro Regio Ducale Milan) and Betulia liberata (written for Padua) can be heard here. The program is rounded off by the musical background that Mozart found on the peninsula, illustrated by arias from operas by Guglielmi, Myslivecek and Gluck - all representatives of a style and a search for language that was precisely the reason why the "viaggio in Italia" was an essential stage in the training of a young composer. 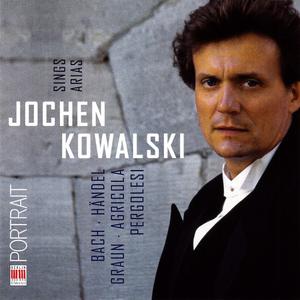 Jochen Kowalski is one of the most charismatic and successful male altos of our time and has built up an unusually and wide-ranging and extensive repertoire. It is the dramatic quality of his voice which makes it special. 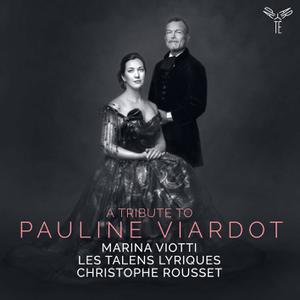 Christophe Rousset and Les Talens Lyriques make a foray into the Romantic repertoire with this tribute to Pauline Viardot, who was not only the most influential singer of the nineteenth century, but also a pedagogue and composer, whose gifts, personality and incomparable aura made her one of the leading figures of French Romanticism. Together the mezzo-soprano Marina Viotti and Christophe Rousset retrace Pauline Viardot’s versatile career and, taking up her great roles, present a musical portrait of a unique performer, who was unanimously acclaimed by the audiences of her time. 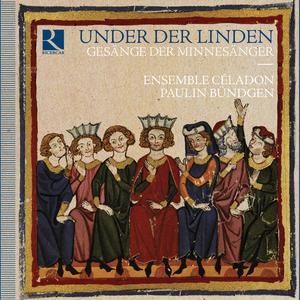 Like the Occitan troubadours and the trouvères of northern France, the Minnesänger celebrated courtly love and gave medieval German its letters of nobility. These "singers of love" — Minne is the old German word for love — thus perpetuated a poetic and musical tradition that had begun nearly two centuries earlier in Occitania. The Minnesänger, generally of noble and knightly blood, gradually emancipated themselves from their French models and developed their own styles and forms during the 13th century. 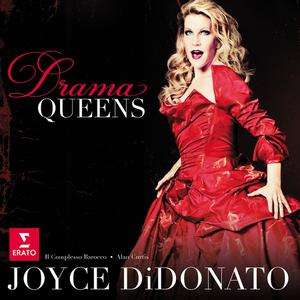 Following the success of her 2011 album, Diva Divo, mezzo-soprano Joyce DiDonato presents an exciting collection of virtuosic arias in her 2012 release on Virgin, Drama Queens. Drawing on royal roles in Baroque operas by Handel, Monteverdi, and Haydn, as well as selections from such minor composers as Orlandini, Porta, Keiser, Hasse, Cesti, and Giacomelli, DiDonato demonstrates both her impressive vocal abilities and a wide range of characterizations. Supported by the period ensemble Il Complesso Barocco, conducted by Alan Curtis, DiDonato sings with dynamic power and exquisite embellishments, executing runs and ornaments with sparkling brilliance and projecting her voice with ease. But even more important than her technical prowess is her charismatic presentation of these 17th and 18th century opera heroines, whose passionate emotions and exaggerated behavior are wonderfully realized in DiDonato's dramatic interpretations. 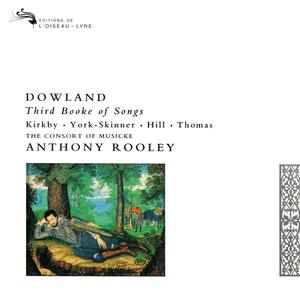 The superbly consistent quality of the Third Book of songs by John Dowland suggests that the earlier issues, First Book and Second Book also recorded by Anthony Rooley and the Consort of Musicke, were no mere flashes in the pan, but set the tone for the whole series. 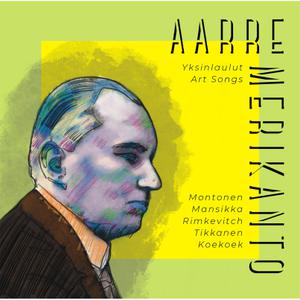 These days, Aarre Merikanto (1893–1958) is one of the best-known early 20th century modernists in Finnish classical music. In his early years, he composed in the National Romantic style, but by the time he was 23, he had developed a much more progressive style. By the beginning of the 1920s, he was writing in a modern, free-tonal musical language with a strong focus on timbral colour. Merikanto himself considered his “radical” style to be innate, but we know he was in fact inspired by Debussy and Scriabin, and especially Sibelius’ Fourth Symphony. After moving from the countryside back to Helsinki in 1928, Merikanto started actively networking with other Finnish composers, which also had an effect on his music. 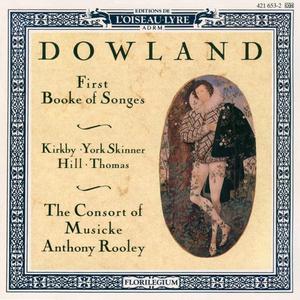 The songs of John Dowland are sparkling highlights, not only of Renaissance music, but of Western music in general. His ‘First Booke of Songes’ contains some particularly bright gems.