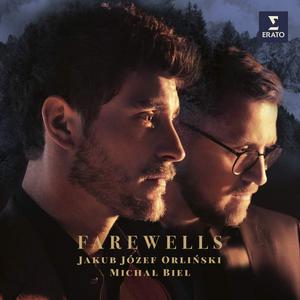 With Farewells, Warsaw-born countertenor Jakub Józef Orliński, partnered by pianist Michał Biel, offers a panorama of Polish song. Often nostalgic in spirit, the programme of the album spans 150 frequently turbulent years. “Michał and I started exploring the Polish art song repertoire when we were at the Juilliard School in New York,” explains Orliński, whose recordings until now have focused on the baroque era. “As a Polish duo we love to present Polish music to our public. I know that no language can present a barrier when it’s set to music. I believe that music builds bridges and I am sure that those songs will get under the listener’s skin.” 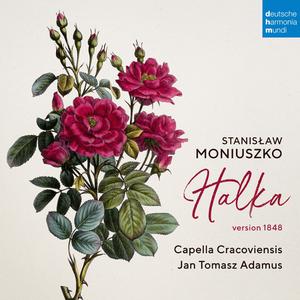 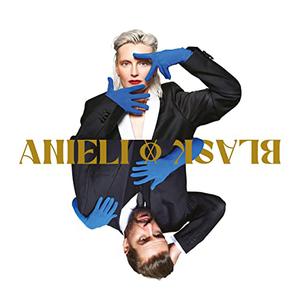 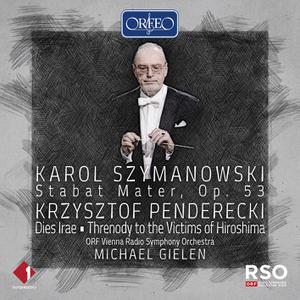 Despite all the differences in the musical language of the works by the Polish composers Karol Szymanowski and Krzysztof Penderecki included on this recording, they are united by their quality as a lament: Szymanowski's Stabat mater, completed in 1926 and based on a Polish translation rather than the original Latin text of the medieval poem, is still considered one of the most important contributions to 20th-century music. 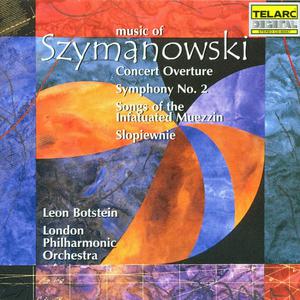 The Concert Overture is a hugely gifted young composer's homage to Richard Strauss, and fully worthy of its model in impetuousness, rich sonority and close-woven polyphony. The Second Symphony is no less rich but more disciplined, with Reger's influence added to (and modifying) that of Strauss, and with Szymanowski's own high colouring, sinuous melody and tonal adventurousness now in their first maturity. The Infatuated Muezzin songs are a high point of his middle period, Debussian harmony and florid orientalising arabesques fusing to an aching voluptuousness, colour now applied with the refinement of a miniaturist. 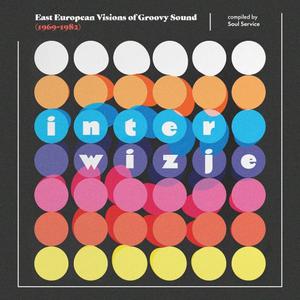 VA - Interwizje. East European Visions of Groovy Sound (1969-1982) (2021)
EAC Rip | FLAC (tracks, cue, log) - 268 MB | MP3 CBR 320 kbps - 88 MB
38:40 | Psychedelic, Disco, Soul, Funk | Label: GAD Records
At times it is good to step out of your own flat to take a broader look at the whole block. The Eastern Block in this case. Soul Service and GAD Records have prepared for you a journey full of grooves from the 1970s. A must-go trip for lovers of funk rhythms, psychedelic colors and soulful grooves.
Nowadays the ‘inter-‘ prefix is perhaps chiefly associated with the Internet or interactivity, but some decades ago it would be incorporated into the names of many international organizations and initiatives of the Eastern Bloc, e.g Interkosmos, Interelektro, Intersputnik or Intervision. Following this path (and to pay tribute to the Sopot Intervision Festival) Soul Service collective proposes a groovy selection of records from countries which were actively involved in those initiatives. A jazz big-band from the GDR rubs shoulders with psychedelia from Czechoslovakia, and the Estonian cover of Frida’s song with the soul expressiveness of Polish Bizony band. You will find here real funk monsters and moments of chill in slightly washed-out colours from a few decades ago.
70s 80s CD-Rip FLAC Lossless MP3 VA Various Artists
Details 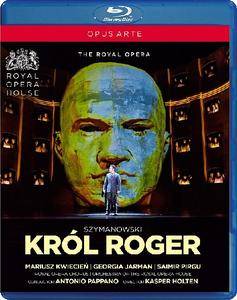 Kasper Holten’s production (The Royal Opera’s first) of Król Roger (King Roger) brought the opera back to the London stage after an absence of almost 40 years. Karol Szymanowski’s masterpiece powerfully presents the dilemmas of culture versus nature and man versus beast, and movingly depicts King Roger’s inner struggles as he moves from an impossible life of repressed desires to the other extreme, giving in to his own demons. Meanwhile, Roger’s people, seduced by the promises of the mysterious Shepherd, are drawn towards totalitarianism and repression. Antonio Pappano conducts Szymanowksi’s opulent and beautiful score, with a cast including Mariusz Kwiecień as Roger (one of the greatest interpreters of the role today), Saimir Pirgu as the Shepherd, and Georgia Jarman in her Royal Opera debut as Roger’s loving queen Roxana. 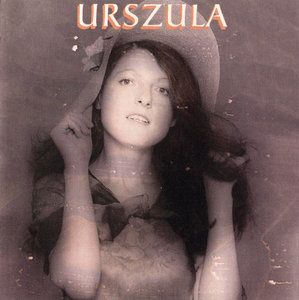 Singer Urszula Dudziak's second recording as a leader and first American record introduced to the jazz world a somewhat bizarre stylist. By sometimes using electronics to distort her voice and displaying a very wide range along with the ability to improvise freely, Dudziak was quite unique. All ten selections on this out-of-print Arista LP (including "Zavinul," "Mosquito Dream," and "Just the Way You Are," which is no relation to the later Billy Joel hit) are originals by the singer, with the emphasis on "original." The backup group includes guitarists Reggie Lucas and Joe Caro, keyboardist Harold Ivory Williams, and a guest appearance on one song by Dudziak's husband, Michal Urbaniak, on lyricon. 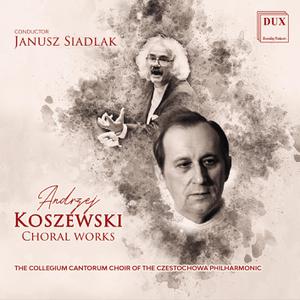 This album under the Anthology of Polish Art a Cappella series, created together with the 'Collegium Cantorum' Choir of the Czestochowa Philharmonic under the direction of Janusz Siadlak, is devoted to Andrzej Koszewski's choral music. 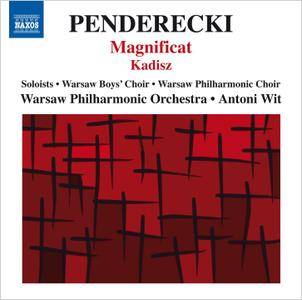 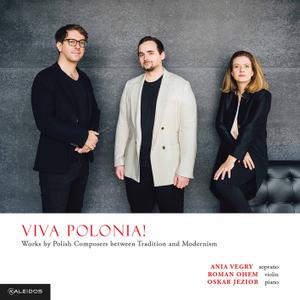 The Viva Polonia! programme by the German-Polish musicians Ania Vegry (soprano), Roman Ohem (violin) and Oskar Jezior (piano) tells the story of the rich history of Poland. Songs and character pieces by nine Polish composers represent the arduous journey of the Polish people – from 1795 when the country vanished from maps until they regained independence in 1918. Spanning from the traditional to the modern, Viva Polonia! paints a musical portrait of Polish culture. 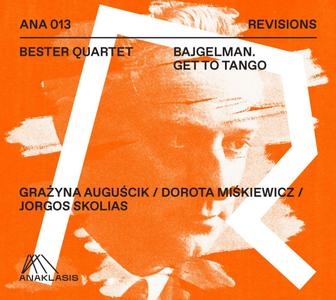 The programme of the album "Bajgelman. Get to Tango" intersperses pieces from the interwar period with music from the Łódź Ghetto. The story of Dawid Bajgelman’s life and work is told in the characteristic style and sound of Bester Quartet, made up of the leader’s (Jarek Bester’s) accordion, Dawid Lubowicz’s violin, Maciej Adamczak’s bass, and Ryszard Pałka’s percussion, and complemented by contributions from such eminent guest musicians as Krzysztof Lenczowski (cello), Michał Bylica (trumpet), and, perhaps most importantly, of leading Polishjazz singers: Grażyna Auguścik, Dorota Miśkiewicz, and Jorgos Skolias. 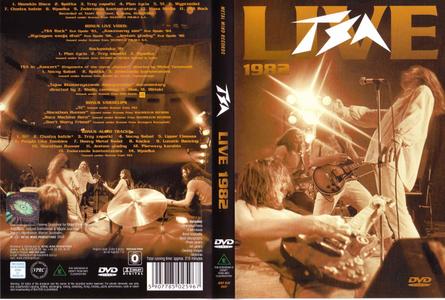 Early 1980s Polish hard rock, one of Poland's most important bands … the combination of straight up hard rock (kinda' like a Polish AC/DC) … to tinges of slightly darker material. For those who like native tongued rock TSA is the band… 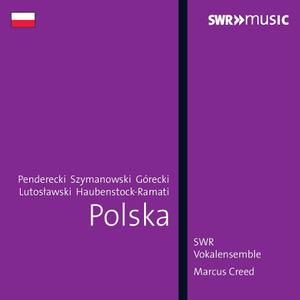