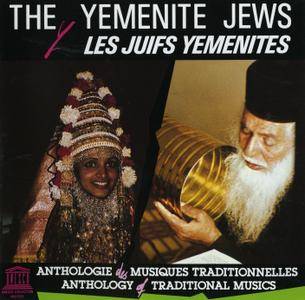 After the destruction of the First Temple in Jerusalem in 586 BCE, a group of Jews settled in Yemen. They remained in exile, sometimes prosperous but frequently persecuted, until the 19th century. They then began to return to what is now Israel, first in small numbers and later in an organized wave with the establishment of the Jewish state in 1948. They brought with them a rich heritage of religious, secular, and devotional (diwan) music, the last of which includes both religious and secular subjects. Every Jewish community in Yemen had it's own diwan, consisting of works from the renowned medieval Spanish poets of the Golden Age of Hebrew poetry, as well as original writings from community members. These poems, in the Hebrew, Aramaic, and Arabic languages, were intended to be sung or chanted. According to the album's compiler Avner Bahat of the Jewish Music Research Centre, the Yemenite diwan is "the richest and most valuable of all." Eleven poems are presented in this 1976-77 recording. 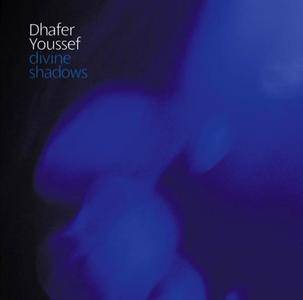 Singer and oud player Dhafer Youssef is one of the most appealing stars of world music, yet his music still resists categorisation within that vague genre. Last year we heard him in a "supergroup" with Omar Sosa and Anga Diaz, but he sounds more comfortable accompanied by the talented crop of Norwegian musicians loosely associated with "nu-jazz". This cool style of playing, loose-limbed and hard-edged, provides the perfect backdrop to the Mediterranean warmth of Youssef's compositions. The most significant collaborator is producer-guitarist Eivind Aarset, who supplies backdrops of wide-ranging style and density, while remaining empathetic to Youssef's musical personality. Youssef can be deep, light-hearted, complex, funky and achingly romantic, sometimes all within one song. The album's pace is leisurely, full of atmosphere, groove and great playing, but rarely self-indulgent; you never forget whose album it is. By taking the most positive aspects of nu-jazz, Aarset and Youssef have forged a thrilling new sound that could make Divine Shadows a crossover hit. 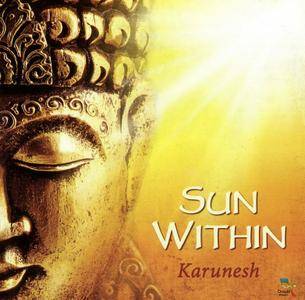 Sun Within is Karunesh's dynamic new world fusion CD, combining a variety of relaxing grooves with exciting new beats and vocals. Enjoy the warmth and seduction of female vocals and slip into the mysterious unknown world of the East. A rich original album supported with instruments such as bansuri, dobro, duduk, guitar, sitar, violin and percussion. It will take you on a world wind journey during which your inner light - the Sun Within - will shine and lead you on your way. Born in Cologne, Germany, Karunesh released his first album Sounds of the Heart in 1987, which quickly became a new age classic. More albums followed and Karunesh became established as one of the best known artists in that genre. 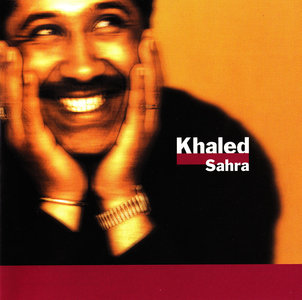 Khaled - Sahra (1996)
EAC | FLAC | Tracks (Cue&Log) ~ 447 Mb | Mp3 (CBR320) ~ 152 Mb | Scans ~ 82 Mb
Raï, North African, World Fusion, Ethnic Pop | Label: Barclay | # 533 405-2 | 01:06:21
Sahra is a studio album from Algerian raï artist Khaled, released in 1996. It was the artist's biggest production to date, being co-produced by Philippe Eidel, Don Was, Jean-Jacques Goldman and Clive Hunt, and including performances by many other singers from around the world. It features what is perhaps Khaled's most popular song, "Aïcha". Most tracks are sung in Arabic, with a notable dosage of French. "Ki Kounti" is partially sung in Spanish as it features Mexican Rock vocalist Saúl Hernández from the reputable band Caifanes. The title track is named after Khaled's first daughter, Sarah, to whom the album is dedicated along with her mother, Samira.
90s Ethnic Ethnic Pop Folk Khaled Lossless North African Pop Raï World World Fusion CD-Rip + Scans FLAC MP3
Details 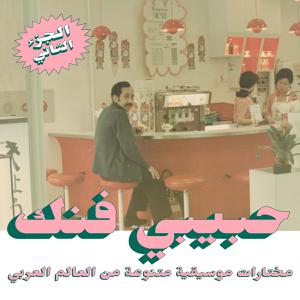 This compilation of songs is not meant as a historic reflection of popular music of the “Arab world.” It is a very personal selection of songs we grew to like at Habibi Funk. It is music that historically never existed as a unified musical genre. We think it’s important to make this distinction and to have the listener understand that the majority of the music on this compilation does not come from the highly famous names of the musical spectrum of North Africa and the Middle East. Instead, the final body compiled for this record consists of some – at least for us – nichey pearls and often overlooked artists; resulting in a diverse range of styles from Egyptian organ funk, disco sounds from Morocco, an example of the lively reggae scene of Libya, political songs from Lebanon, soundtrack music from Alge- ria, a musical union between Kenya and Oman, and much more. 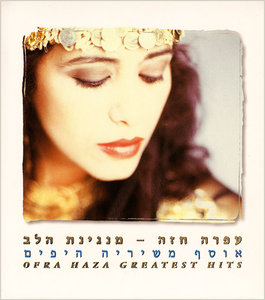 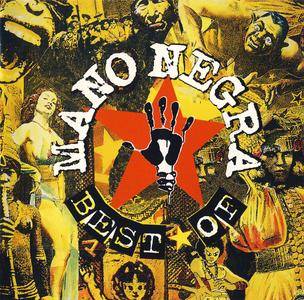 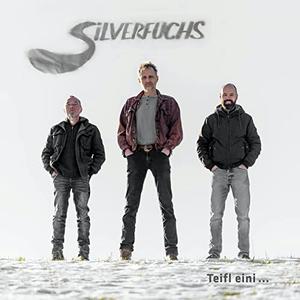 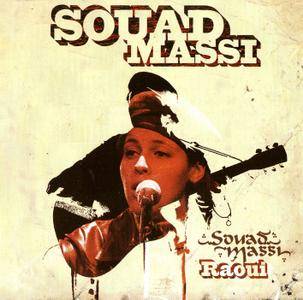 Souad Massi is that rarest of Algerian performers – she doesn't sing rai music. But more than that, she's an accomplished singer/songwriter, a kind of North African Tracy Chapman, although she works in the Maghrebi genre of sha'bi as much as she does in folk music or soft rock. Electric guitars and touches of flamenco, oud, and the Arabic bass gimbri all help bring a real distinctiveness to her sound, which certainly has more in common with many American '60s protest singers than her contemporaries in Africa (indeed, to some she's Joan Baez reborn). Coke's production (he has worked with Ben Harper) is very sympathetic, bringing a live feel to the record ("Matebkiche" is, in fact, completely live). "Bladi" is a perfectly catchy song, its oud line deftly leading into Massi's smoky voice, and "Nekreh El Kelb" has a vital urgency. 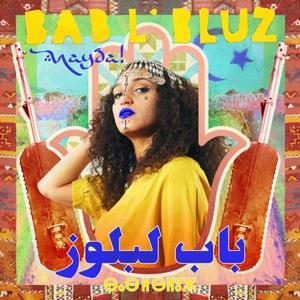 Through an arched gateway into the medina, inside a labyrinth of alleyways lined with shops selling spices and perfumed oils, rare vinyl and handmade instruments, comes the sound of the blues. Ancient and current, funky and rhythmic, buoyed by Arabic lyrics, soaring vocals and bass-heavy grooves, it seems to pulse from the heart of the Maghreb. 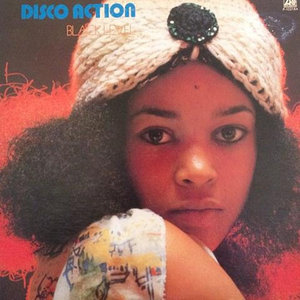 Black Level - Disco Action (vinyl rip) (1977) {Atlantic}
MP3 CBR 320kbps | RAR | 70 mb
Genre: disco, soul
Disco Action is a 1977 album by Black Level. Released on Atlantic Records only in Japan and Australia, none of the musicians credited on the album did anything else, so this is most likely a group of random musicians doing a disco album incognito to make the record label some disco money. It fits the mood of the time and a few of the songs are good enough for sampling usage, but it could have been any disco album made with any famous name slapped onto it. This one just happens to be by an unknown group of musicians who called themselves Black Level.
Disco Soul Black Level 1977 Vinyl Rip MP3 CBR 320 kbps R&B
Details 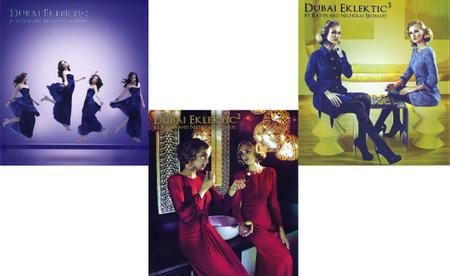 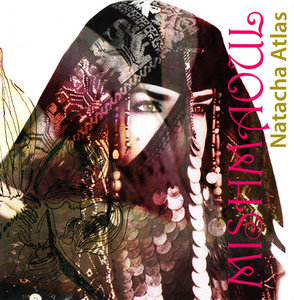 Even when paying homage to the Moroccan music she grew up with, vocalist Natacha Atlas can't help but let the multicultural and modern seep in. With bossa nova, Western pop, and just a thin slice of electronica figuring into the mix, the "back to my roots" album Mish Maoul is a rich collection of music that doesn't sound decorated but natural coming from an artist who prides herself in being a musical nomad. Easy to believe a nomad's memories of her homeland would be foggy and sentimental, and easy to believe the modern nomad's soundtrack would sound something like this – only something like this because this is far and away Atlas' most personal album. Suitably, she seems totally in charge of its construction, making interesting production choices with the help of Temple of Sound, Timothy Whelan, and others. For someone who has worked with Transglobal Underground, Art of Trance, and Jah Wobble in the past, the restraint Atlas uses on the rhythmic and ritualistic "Hayati Inta" is surprising and creates an intoxicating tension with only a slight bit of electric guitar revealing this isn't a field recording. 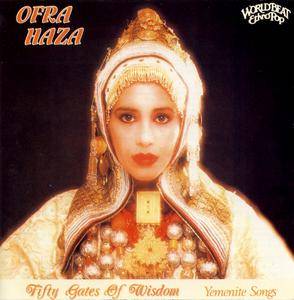 It would have been groundbreaking enough for the Israeli Ofra Haza to have performed an album of Yemeni Jewish songs. But when she and producer Bezalel Aloni added synthesizers, drum machines, and a generous helping of dance beats, they ended up creating one of the seminal records of world music–one of the very first ethno-techno releases whose reverberations extended into dance clubs around the globe, most especially with "Galbi." While its contemporary sound might make it seem shallow, there really is a lot of depth here, the lyrics coming from the poetry of 16th-century rabbi Shalom Shabazi. Along with fellow spirits like Dissidenten, Haza helped pave the way for Transglobal Underground, Natacha Atlas, and Banco de Gaia.