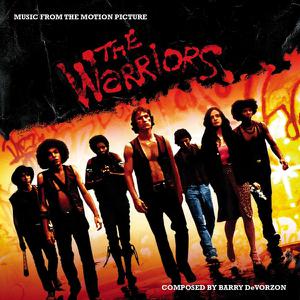 CAN YOU DIG IT?!!! La-La Land Records, Universal Music and Paramount Pictures are proud to present the remastered and expanded soundtrack to the 1979 Paramount Pictures cult classic motion picture THE WARRIORS, starring Michael Beck, James Remar and Deborah Van Valkenburgh, and directed by Walter Hill. The original A&M album presentation has been remastered, with songs from Joe Walsh, Arnold McCuller, Desmond Child and others sounding better than ever. But to top even that, Barry DeVorzon's influential original film score finally makes its world premiere, nearly 35 years since the film's release (the two score tracks on the original '79 album were uniquely mixed for that release). 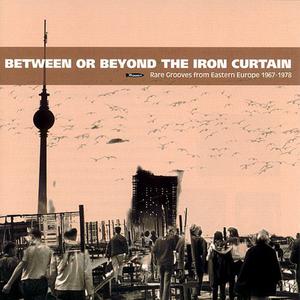 Between or Beyond the Iron Curtain: Rare Grooves From Eastern Europe 1967-1978, a Various Artists Compilation. Released in 2001 on Crippled Dick Hot Wax! 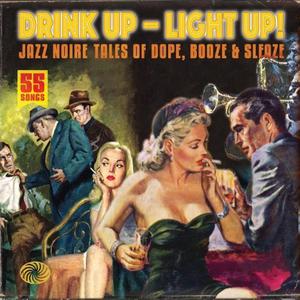 Fantastic Voyage follows 2011 s hugely-successful Jazz Noire collection by letting the same team return to those sleazy dives and bars, this time homing in on the dope, drink and dubious characters to provide a vivid picture of high-seeking low life between the 1930s and 1950s. The music on Drink Up Light Up! evokes that time when orchestras swelled, brass sections exploded like fireworks and blues dripped off piano keys onto booze- and tear-stained barroom floors, staggering cast including names like the Reefer Man and Snuff Dippin Mama, but the themes are just as relevant to today s recession-hit climate: the desire to escape by getting high (and the often unfavourable repercussions on relationships). 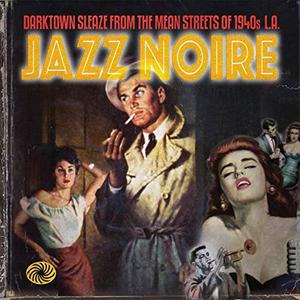 Amazon review by Runmentionable
This is a comprehensive, well-selected and obviously well-informed collection of late 40s jazz and R&B (in the old sense) of the type you might expect to hear in nightclub scenes in films noir. Appropriately enough, both discs are bookended by the theme music from classics of the genre.
Some of the selections are very familiar - Monk's original recording of Round Midnight - while others are drawn from deeper wells, like Leo Parker's exquisite Solitude. The key point is - they're all excellent representations of their genres. After that, it's down to personal tastes. I prefer Billie Holiday in more sprightly mode, but lots of people love the tracks here which I find a bit too self-pitying, and the difference of opinion don't signify when it comes to assessing this excellent compilation. 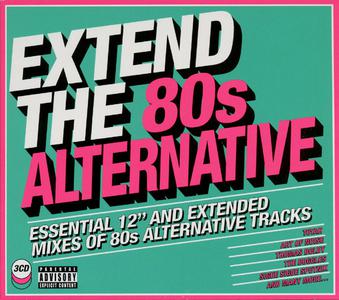 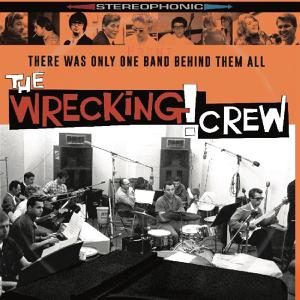 VA - The Wrecking Crew (2015)
EAC Rip | FLAC (tracks, cue, log) - 1.1 GB | MP3 CBR 320 kbps - 505 MB
3:39:41 | Pop, Rock, R&B, Jazz | Label: Rockbeat Records
They were the studio musicians behind some of the biggest hits in the 1960s and 70s. From Be My Baby to California Girls Strangers in the Night to Mrs. Robinson You've Lost that Lovin Feelin to Up, Up and Away and from Viva Las Vegas to Mr. Tambourine Man the group dubbed The Wrecking Crew played on them all. Six years in a row in the late 1960s and early 1970s, the Grammy for Record of the Year went to Wrecking Crew member recordings. The talents of this group of first call players were used on almost every style of recording including television theme songs, film scores, advertising jingles and almost every genre of American popular music, from the Monkees to Bing Crosby. Notable artists employing the Wrecking Crew's talents included Nancy Sinatra, Bobby Vee, the Partridge Family, David Cassidy, Jan & Dean, the Mamas & the Papas, the 5th Dimension, the Association, the Carpenters, Glen Campbell, Cher, John Denver, the Beach Boys, Simon and Garfunkel, the Grass Roots and Nat King Cole.
Various Artists VA 2015 CD-Rip FLAC MP3 Lossless Box Sets Pop Rock R&B Jazz 60s 70s
Details 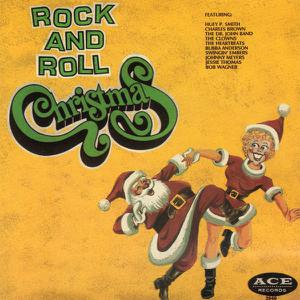 VA - Rock 'N' Roll Christmas (1989)
EAC Rip | FLAC (tracks, cue, log) - 253 MB
48:07 | Rhythm & Blues, Soul | Label: Ace
Here's a fun Christmas compilation from Ace Records that includes all ten tracks from the exceedingly rare 1962 LP 'Twas The Night Before Christmas by Huey "Piano" Smith & The Clowns. Here's a review of that album:
One of the most unique Christmas holiday albums of all time, this was recorded in 1962, after Huey "Piano" Smith's small string of hits and the departure of lead singer/secret weapon Bobby Marchan from the ranks. But the band kept rockin' and the vocals are ably handled on this disc by Gerri Hall, "Scarface" John Williams and even Huey himself on the title cut. Six of the ten songs from the original album were written by Smith, and tracks like "Happy New Year," "Almost Time for Christmas" and "White Christmas Blues" closely mirror the melodies and arrangements for some of his better known hits like "We Like Birdland," "For Cryin' out Loud" and "Little Liza Jane." Even old stand-bys like "Jingle Bells" and "Silent Night" get the Crescent City groove applied to them here. Adding guitar to the Clowns' regular sax- and piano-dominated New Orleans sound is Mac Rebennack, who also chimes in vocally on "Doing the Santa Claus." –Cub Koda, All Music Guide
Various Artists VA 1989 CD-Rip FLAC Lossless Rhythm & Blues Soul
Details

VA - The Ultimate Most Relaxing Jazz Music in the Universe (2007) 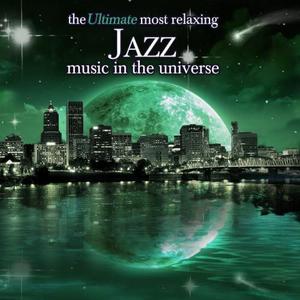 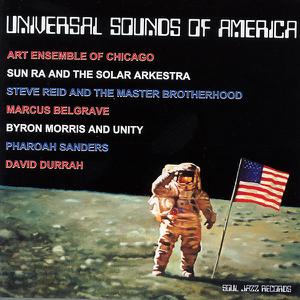 VA - Universal Sounds Of America (1995)
EAC Rip | FLAC (tracks, cue, log) - 403 MB | MP3 CBR 320 kbps - 158 MB
1:08:42 | Avant-garde Jazz, Free Jazz | Label: Soul Jazz Records
Universal Sounds of America features music from radical Afro-American Jazz musicians in the USA in the 1970's. At a time when commercial jazz music was revolving around whether it would sound good in an Elevator at low volume, a number of Jazz musicians were seeking different musical paths. Self Determination, Creative Development, Community and Education were more important to these musicians than economic wealth, fame and stardom. Artists such as The Art Ensemble of Chicago and Sun Ra developed around communal groups. The Art Ensemble, for instance , came out of the Association for the Advancement of Creative Musicians (AACM) founded in 1965 by Muhal Richard Abrams in Chicago. Many musicians followed the lead of Sun Ra in starting their own labels to release their own material.
1995 Avant-garde Jazz CD-Rip FLAC Free Jazz Lossless MP3 VA Various Artists
Details 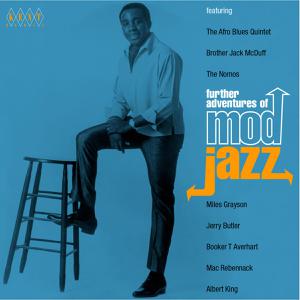 VA - Further Adventures Of Mod Jazz (2008)
EAC Rip | FLAC (tracks, cue, log) - 303 MB | MP3 CBR 320 kbps - 158 MB
1:08:42 | Rhythm & Blues, Soul-Jazz, Soul | Label: Kent Dance
Once more with the Mod Jazz already. We may be stretching the title concepts a bit, but this is the genre that won’t lie down. We have lashings of Hammond, smoky sax and solid beats for the feet, the very essence of this series. This latest issue is right up there with the best.
Various Artists VA CD-Rip FLAC MP3 Lossless 2008 Rhythm & Blues Soul-Jazz Soul
Details 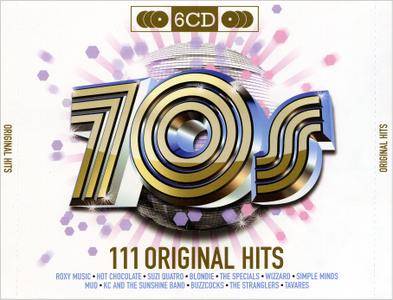 Original Hits: 70s is a decent six-disc set, highlighting 111 pop singles released in that decade. Along with the original versions of radio classics by Al Stewart, Blondie, the Knack, KC & the Sunshine Band, and Dr. Hook, are less-than-obvious inclusions by Peter Tosh, XTC, the Move, and Benny Hill! 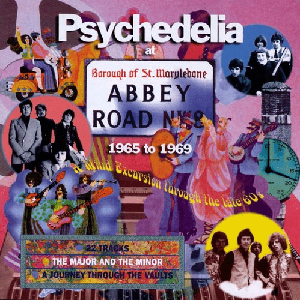 VA - Psychedelia at Abbey Road: 1965 To 1969 (Remastered) (1998)
EAC Rip | FLAC (tracks, cue, log) - 468 MB | MP3 CBR 320 kbps - 239 MB
1:16:36 | Full scans inluded | Pop Rock, Psychedelic Rock | Label: EMI
A 22-track single CD seems a bit paltry given the scope of the title – except, of course, that the 1969 cutoff date here puts the material from Harvest (a label started late that year and containing the lion's share of EMI psychedelia) out of reach. Of course, there are no Beatles tracks and, likewise, no Pink Floyd here, but we do get cuts by the Hollies, Donovan, Tomorrow, the Fingers, Focus 3, the Tales of Justine, Simon Dupree & the Big Sound, the Pretty Things, the Aquarian Age, the Koobas, the Nocturnes, Locomotive, the Gods, Mandrake Paddlesteamer, Mark Wirtz, and Syd Barrett. Most of this stuff, apart from "Sunshine Superman," "My White Bicycle," and "King Midas in Reverse," isn't exactly routine material, and two tracks – "Delighted to See You" by the N'Betweens and "Why" by Tomorrow – are previously unissued. The latter, a cover of the Byrds' song, features a tour de force guitar break by future Yes member Steve Howe.
Various Artists VA 60s Remastered 1998 FLAC MP3 Lossless CD-Rip CD-Rip + Scans
Details 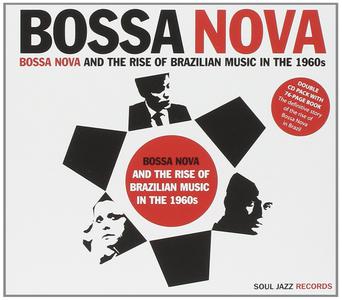 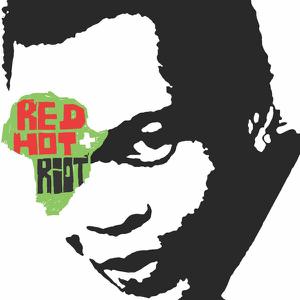 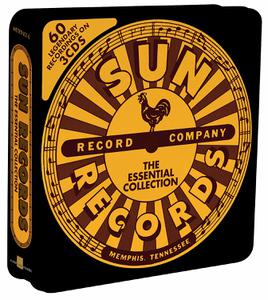