Poeme - The Artistry of Lydia Mordkovitch (2015) 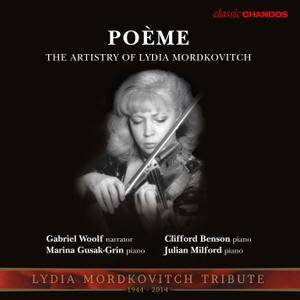 This recording is a re-issue of the romantic chamber music recording that Lydia Mordkovitch made in 1989 with the pianist Marina Gusak-Grin. It featured pieces for violin by such famous composers as Wagner, Rachmaninoff, and Chausson, neither of whom played the violin or favoured it as a solo instrument. If there were any doubts about the lyrical potential of the violin, however, this would be an album to confirm its true status as the poet among instruments. The prime example is Chausson’s Poème – a title applied to the whole collection, as the other pieces make the same point. Two pieces complement this recording: the one movement sonata of 1897 (the Sonate posthume) by Ravel, which was both his first chamber work and his first attempt at sonata form, and Sospiri, Op. 70, Elgar’s last short piece for violin and piano. These pieces were recorded in 1989 and 1996, respectively. 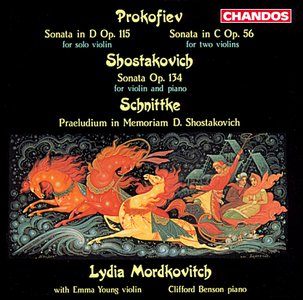 Recordings such as this superb one serve to remind us that though we may think we know the output of the major composers, there are still treasures to be discovered. Works for individual instruments find their way into recital programs but often lie in shadow of the 'big works' for the concert. 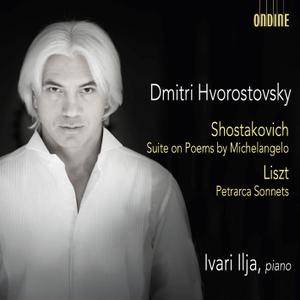 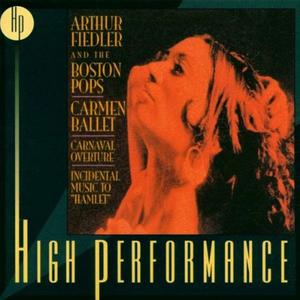 Arthur Fiedler's recording of Shchedrin's Carmen Ballet is excellent in every way. The composer's imaginative rescoring of several sections of Bizet's opera for strings and percussion is a superb reorchestration exploiting a full range of percussion timbre that reveals an incredible array of views of the score that continually delight the listener. The Ballet, composed as a vehicle for his celebrated wife- prima ballerina of the Bolshoi Ballet, Maya Plisetskaya - is an extraordinary orchestration which invites the listener to explore new and very different colors with music originally scored for Bizet's classically constituted orchestra of the opera pit. While the disk also includes the Incidental Music to "Hamlet" by Shostakovich and Glazunov's Carnival Overture, it's the Shchedrin performance that makes the disk worth any price for the listener who values discovering new things in music well known in an earlier guise. 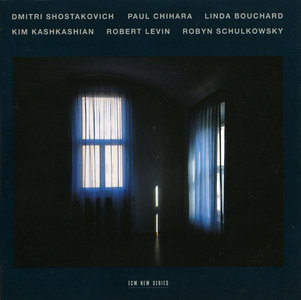 The first two works are for viola and a battery of percussion instruments. Pourtinade, in nine sections with highly descriptive titles whose order is decided by the performers, elicits every possible sound and color effect from the viola, and an extraordinary range of blending and contrasting textural timbres from the instrumental combinations. "Redwood," inspired by Japanese woodcuts, uses the percussion as melody instruments; often it seems incredible that a single player can produce such a wealth of sounds. Opening softly and mysteriously, it becomes quite active, and then a beautiful viola solo fades away. The Shostakovich Sonata, written in the shadow of death, is heartbreakingly moving in its lamentatious mournfulness and turbulently desperate outbursts. The piano texture is pared down to skeletal spareness; the viola mourns in the dark low register and soars radiantly up high. The Scherzo is defiantly sardonic; the Finale, full of quotes from Beethoven, ends in resignation. The playing is beautiful and projects the changing moods with a riveting, inwardly experienced expressiveness. 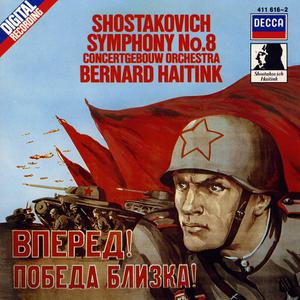 The passage of time hasn't dimmed the powerful impact of this outstanding performance. Haitink projects all the drama and emotional ambiguity without sacrificing symphonic cogency. 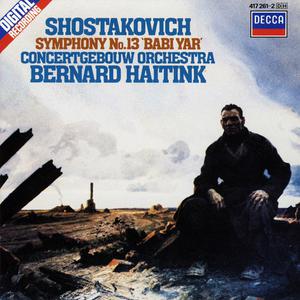 With one single reservation Haitink's account of Babiy Yar is superb. The reservation is that Marius Rintzler, although he has all the necessary blackness and gravity and is in amply sonforous voice, responds to the anger and the irony and the flaming denunciations of Yevtushenko's text with scarcely a trace of the histrionic fervour they cry out for. The excellent chorus, though, is very expressive and it makes up for a lot, as does the powerful and sustained drama of Haitink's direction. 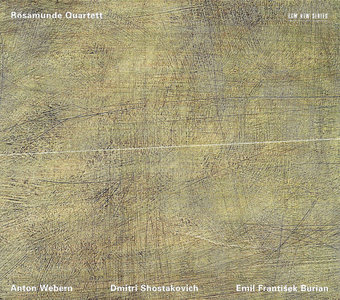 String quartet fans will relish this excellent release from ECM. Although the Shostakovich 8th is one of the most over-recorded pieces in the string quartet literature, the performance here is worth having, and is combined with a somewhat familiar but not as widely recorded piece by Webern (for those who might be afraid to listen to anything by Webern, let me assure you that this is a most lovely, lyrical, hauntingly beautiful work, not at all daunting) and a quartet by a composer that will be unfamiliar to most, Emil Burian (1904-1959), whose String Quartet No. 4 is a haunting piece that makes for an attractive finish for this fine CD by the Rosamunde Quartet. The sound quality is rich and radiant in the best ECM tradition. 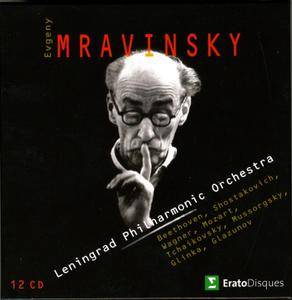 This compilation covers 20 years of live recordings made by conductor Yevgeny Mravinsky and the then-named Leningrad Philharmonic Orchestra for Erato. Mravinsky led that orchestra for nearly 50 years, from 1938 until his death. His last recording was that of Shostakovich's Symphony No. 12, made in 1984, found on Disc 3 here. His interpretations of Shostakovich and Tchaikovsky were highly regarded, so it's not surprising that several of their symphonies are here. There are also symphonies by Mozart and Beethoven in this set; tone poems by Tchaikovsky and Mussorgsky; and orchestral excerpts from operas by Wagner, Glinka, and Glazunov. The final disc contains a rare recording of a rehearsal led by Mravinsky, something few outsiders were ever allowed to witness. Even though he was an elder statesman of Russian music at the time of these recordings, there is still precision and energy in his interpretations. 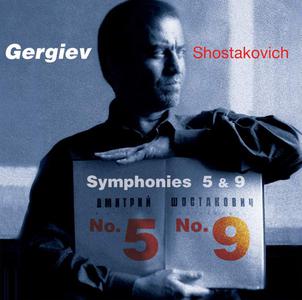 Gergiev pairs Shostakovich's most popular symphony with one of his wittiest. The Fifth was a lifesaver for the composer, literally. He'd come under severe attack from Stalin and his minions over the opera Lady Macbeth of Mtsensk. The Fifth was his response, a 1937 work of "socialist realism" glorifying "Soviet man." The subtext was quite different, the finale's numbing outburst of screaming brass and relentless drums implicitly damning the official line. But it's hardly a formulaic work, as its attractive melodies are clothed in typical Shostakovichian garb. Gergiev and the Kirov band capture the buildup of tension in the first movement, the sardonic nature of the Allegretto, and the grim Largo, as well as that ambiguous finale. 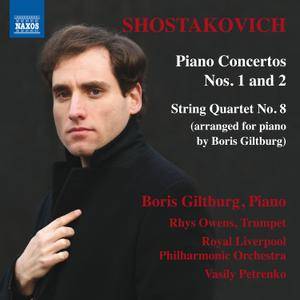 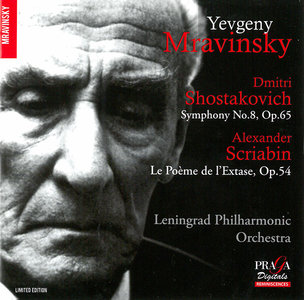 Shostakovich's Symphony No.8 was written in the summer of 1943, and first performed in November of that year by the USSR Symphony Orchestra under Yevgeny Mravinsky, to whom the work is dedicated. Many scholars have ranked it among the composer's finest scores. Some also say Shostakovich intended the work as a ''tragedy to triumph'' symphony, in the tradition of Beethoven, Brahms and Mahler. This release in Praga's Reminiscences series of audiophile SACD remasterings features an historic live recording from 1961 featuring Mravinsky leading the Leningrad Philharmonic. 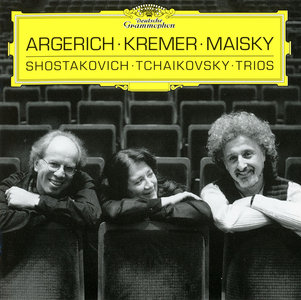 Wow! This is music making on a cosmic scale. You may hear some jaded critic offer up the following generic comment about this release: "These three players, gathered together for only the second time, naturally can't equal the subtle give and take of more established chamber ensembles." Bull. All three artists rank among the most inspirational and experienced chamber players of our time, and here they set the notes on fire in performances of shattering intensity, improvisational spontaneity, and (in the Tchaikovsky) Herculean grandeur. Argerich's performance of the concerto-like piano part of the Tchaikovsky Trio is especially impressive; she seems to know instinctively when to dominate the proceedings and when to let her partners take over; and the final "Theme and Variations"–a huge movement half an hour in length–seldom has sounded so cohesive and meaningful. As to the Shostakovich, well, what can I say? This is one of the most profoundly moving experiences in music, and how well this trio knows it! The three players find the perfect tempo for the third movement Passacaglia, then build the tragic finale as inexorably as fate itself. 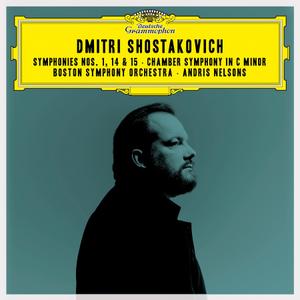 The newest addition to Andris Nelsons and the Boston Symphony Orchestra's award-winning survey of Shostakovich's orchestral works takes on symphonies from the opposite ends of the composer's life. Shostakovich's first symphony, composed when he was only 19, announced his presence to the world, while his 15th seemingly grapples with his impending mortality. The Symphony No. 1 in F minor, Op. 10, was written as a graduation piece for his composition class at the Leningrad Conservatory. The composer's youth and the influences of Stravinsky and Prokofiev are evident in the work, but there are plenty of allusions to his later style. Slightly on the slower side overall, the emotion and forward motion of the music is not lost. The Symphony No. 15 in A major, Op. 141, written a few years before the composer's death, though not programmatic, seems to present a look at the cycle of life.

Royal Liverpool PO, Vasily Petrenko - Dmitry Shostakovich: Symphony No. 1; Symphony No. 3 'The First Of May' (2011) 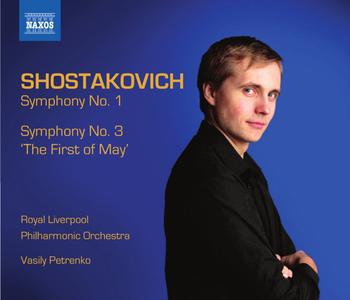 Even though Dmitry Shostakovich's Symphony No. 1 in F minor was an academic exercise from his teens, and the Symphony No. 3 in E flat major, ("The First of May"), a reflection of the avant-garde experimentation of the early Soviet period, these youthful works reveal salient characteristics of his personality that repeatedly surfaced in the later symphonies and should be considered as fully a part of the cycle. Shostakovich's expressions range from sardonic and brooding moods in the First to the energetic and violent activity of the Third, and these qualities are accurately conveyed in Vasily Petrenko's performances with the Royal Liverpool Orchestra, with the ensemble's choir included in the triumphal finale of the Third. The recordings have a wide audio range, so the extreme dynamics of Shostakovich's music can be heard with minimal adjustment of the volume. That said, much of the music is extremely quiet and eerily thin in texture, so attentive listening is required. But the fortissimos are everything they should be, and Petrenko elicits full sonorities from the orchestra.