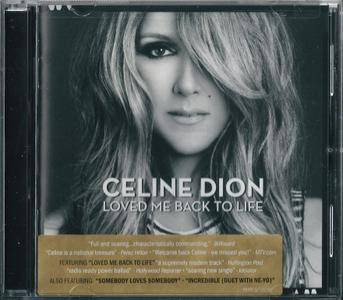 Loved Me Back to Life is Celine Dion's first English-language album in seven years, but even that long gap of time doesn't tell the whole story. The last time Dion placed in the Billboard Top 40 was in 2002, when "A New Day Has Come" reached 22, and the last time she saw the Top 10 was in 1999, when "That's the Way It Is" reached number six. That's a roundabout way of saying that Dion's days as a formidable hitmaker are long gone, but the interesting thing about Loved Me Back to Life is how the French-Canadian diva has seized this opportunity to try a little bit everything, ranging from duets with neo-R&B stalwart Ne-Yo to covers of Janis Ian's "At Seventeen." 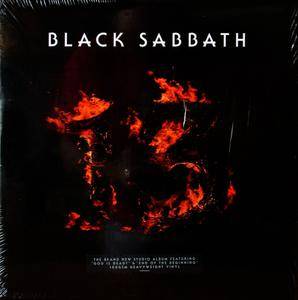 There's a lot of pressure involved with being the rulers of the underworld, and nobody knows it better than Black Sabbath in 2013. Inarguable legends and at least partially responsible for creating heavy metal as we know it with their classic '70s material, Sabbath have spawned generations of followers and become one of the final words of the genre… 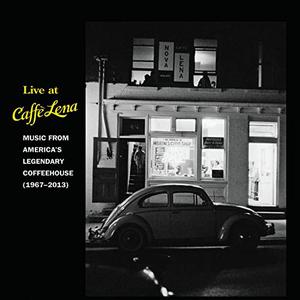 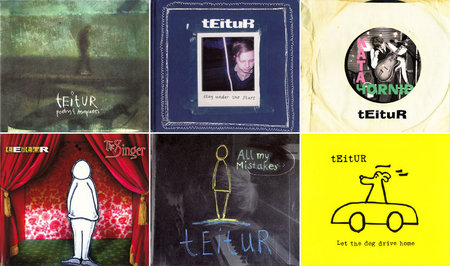 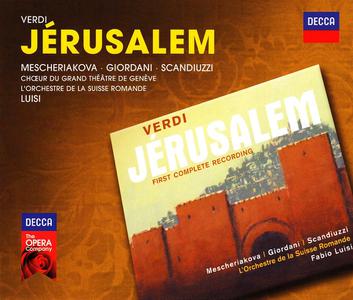 Giuseppe Verdi's first big Paris hit, Jérusalem is an 1847 rewrite of I Lombardi. Along with a new French text, the action is clarified, characters and scenes are dropped, the tenor role is beefed up, and the obligatory ballet is added, among other changes. It's a more coherent opera in this version, although Italian audiences have clung to I Lombardi, which is still mounted on the world's stages. The Philips team, however, makes a powerful case for this French grand opera story of betrayal, love, war and rescue, penitence, and vindication painted in primary colors on a canvas of Crusaders and villains, rousingly set to effective, if blunt, music. 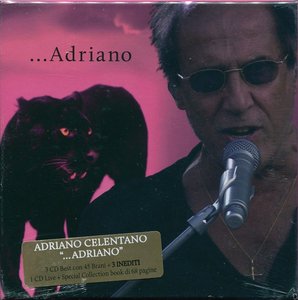 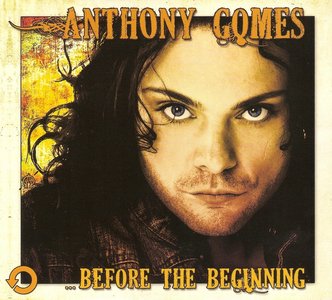 Anthony Gomes - …Before The Beginning (2013)
EAC Rip | FLAC (Img) + Cue + Log ~ 302 Mb | MP3 CBR320 ~ 123 Mb
Full Scans | 00:38:41 | RAR 5% Recovery
Blues, R&B | Anthony Gomes #658049111722
With his album, …Before The Beginning, Anthony Gomes offers a powerful collection of unplugged compositions, promising to be his most compelling work to date. Anthony delivers again in a very different way in this acoustic set! This is not the high flying electric blues a lot of AG fans have come to expect instead AG definitely brings us back to old style blues with a touch of Gospel thrown in. A very well thought out concept CD with haunting lyrics and of course Anthony's signature guitar sound!
Blues R&B Lossless FLAC MP3 CD-Rip + Scans 2010s 2013
Details 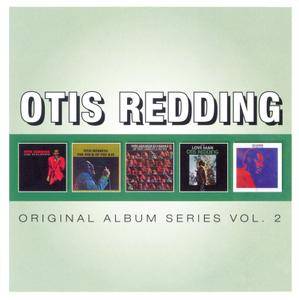 The second five-album set chronicling Otis Redding's legendary work with Stax Records, this slipcase collection includes 1967's Live in Europe, 1968's Dock of the Bay and In Person at the Whisky A Go Go, 1969's Love Man, and 1970's Tell the Truth, each album presented separately and housed in card wallet style… 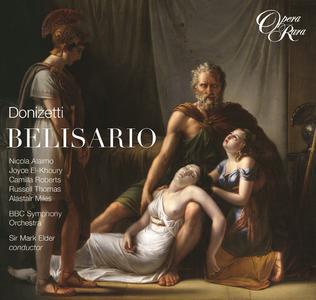 Belisario is, quite simply, one of Donizetti’s finest achievements. Dating from the high watermark of Donizetti’s maturity, with its premiere in 1836 (the year after the debut of Maria Stuarda in Milan and Lucia di Lammermoor in Naples), Belisario proved a triumph on stages throughout the 19th century. Yet, incredibly, it is little known today. The libretto, by Salvadore Cammarano (who collaborated with Donizetti on Lucia di Lammermoor), tells the moving and typically complicated story of the 6th century Byzantine general. Falsely accused by his wife, Antonina, of killing their son, he was blinded and exiled as his punishment. Only the recognition by his daughter, Irene, that her father’s former captive, Alamiro, was her long-lost brother restores Belisario’s reputation; tragically, too late to save his life. 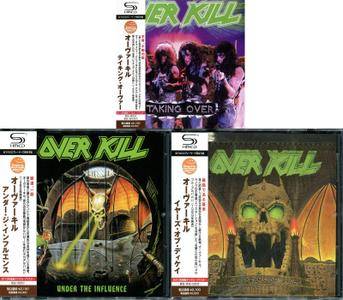 An integral part of the early 1980s thrash metal movement, New Jersey quartet Overkill were formed in 1980 by vocalist Bobby "Blitz" Ellsworth and guitarist Bobby Gustafson, and also included bassist D.D. Verni and drummer Rat Skates (later replaced by Sid Falck). The band garnered a reputation for brutal, pounding speed and technique, but lacked the musical diversity to compete with heavy hitters like Metallica; still, Overkill built up a strong following in the metal underground with albums like 1985's Taking Over and 1988's Under the Influence. Gustafson quit in 1989 following the Years of Decay album, and was replaced by Rob Cannavino and Merritt Gant… 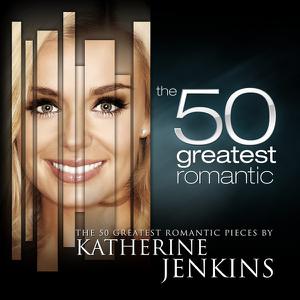 Katherine Jenkins - The 50 Greatest Romantic Pieces by Katherine Jenkins (2013)
WEB FLAC (tracks) - 996 | MP3 CBR 320 kbps - 436 MB
3:08:42 | Classical Crossover, Vocal, Operatic Pop | Label: U-5
Welsh mezzo-soprano Katherine Jenkins is a celebrated performer, who emerged in the early 2000s as Britain's all-time best-selling classical artist of the past 25 years. Blessed with a warm voice and charismatic stage presence, Jenkins achieved wide recognition in 2003 after performing at Westminster Cathedral during Pope John Paul II's silver jubilee. Buoyed by that appearance, her 2004 debut, Premiere, hit number one on the U.K. Classical Album Chart. She has enjoyed both critical and commercial success since, with six of her albums reaching the top of the U.K. classical charts. Two of those albums, 2004's Second Nature, and 2005's Living a Dream, also took home the Classic Brit Award for Album of the Year.
Katherine Jenkins 2013 Classical Crossover Vocal Operatic Pop FLAC MP3 Lossless
Details 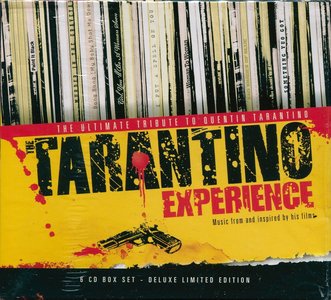 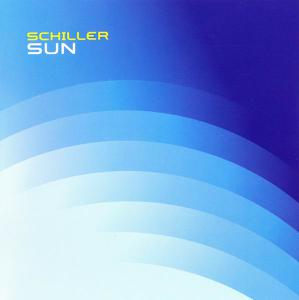 The German sound-pioneer Schiller is a household name in the world of electronic music, particularly in the fields of ambient and chill out music. In the past he has produced chill out mixes for artists such as Rammstein and Mike Oldfield. Now he presents a full-length album packed with chill out versions of his gold-selling #1 album Sun. Sun - Chill Out Edition includes chill-out mixes of the best tracks on the regular Sun album and sets a new precedent in the world of ambient and chill out music. Inspired by electro classics from the likes of Tangerine Dream, Kraftwerk, and Jean-Michel Jarre, Christopher von Deylen creates visionary sounds that are ahead of their time. 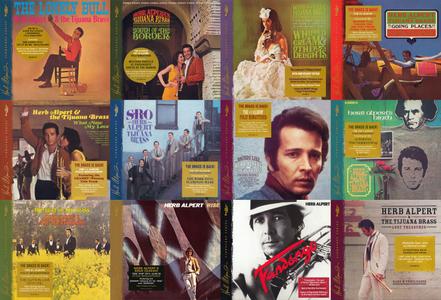 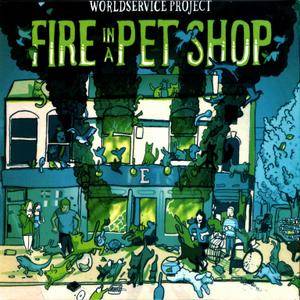 With its debut album, Relentless (Brooke Records, 2011) WorldService Project announced itself as a band to watch. Since that release, the five-piece—led by keyboardist and principal composer Dave Morecroft—has consolidated its reputation as a cooking live band, in particular in its Match & Fuse live collaborations with like-minded bands from across Europe. Now, its second album, Fire in a Pet Shop, is radically different to Relentless; different enough that fans of the earlier record may wish to sample the follow-up before embracing it. This time out, WorldService Project seems to have opted to play it for laughs, as is suggested by the quirky album title itself (a phrase used as a disparaging description of certain types of improvised music) and the track name "Change the F**king Record"—both of which the group must surely hope will not come back to haunt it. In addition, the album's cartoon cover and in-jokey musician credits like "Morecroft: clown," contribute to the impression that WSP may have been overdosing on old Frank Zappa records.