Visions and Voice-Hearing in Medieval and Early Modern Contexts 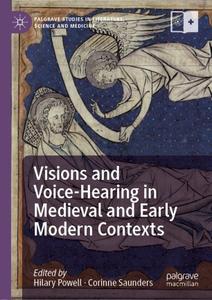 This book examines how the experiences of hearing voices and seeing visions were understood within the cultural, literary, and intellectual contexts of the medieval and early modern periods. In the Middle Ages, these experiences were interpreted according to frameworks that could credit visionaries or voice-hearers with spiritual knowledge, and allow them to inhabit social roles that were as much desired as feared.
health humanities psychology SCIENCE History Science 2021 Cultures MEDICINE Military eBooks Christopher Marlowe
Details
<<
January 2023