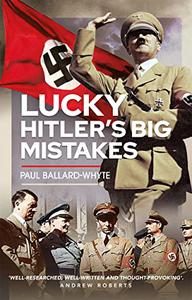 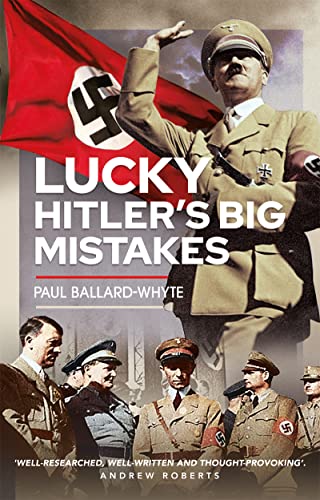 Adolf Hitler’s Great War military experiences in no way qualified him for supreme command. Yet by July 1940, under his personal leadership the Third Reich’s armed forces had defeated Poland, Czechoslovakia, Holland, Denmark, Norway, Belgium and France. The invasion of Great Britain was a distinct reality following Dunkirk. Hungary, Bulgaria and Romania had become allies along with the acquiescent military powers of Mussolini’s Italy and Franco’s Spain. These achievements prompted Field Marshal Willem Keitel, the Wehrmacht’s Chief of Staff, to pronounce Hitler to be ‘the Greatest Commander of all time’.

Storm clouds were gathering, most notably the disastrous decision to tear up the treaty with the Soviet Union and launch Operation Barbarossa in 1941. As described in this meticulously researched and highly readable book, Hitler’s blind ideology, racist hatred and single-mindedness led him and his allies inexorably to devastating defeat. How far was it good luck that gave Hitler his sensational early political and military successes? Certainly fortune played a major role in his survival from many assassination attempts and sex scandals. The author concludes, from 1941 onwards, the Fuhrer’s downfall was entirely attributable to military misjudgments that he alone made.

Lucky: Hitler’s Big Mistakes exposes the enigmatic Dictator for what he really was – incredibly lucky and militarily incompetent.