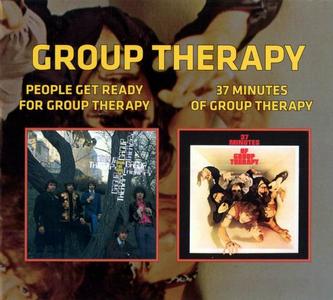 This New York-based psychedelic blues rock quintet featured Ray Kennedy (vocals), Art Del Gudico (guitar), Jerry Guida (organ), Tommy Burns (drums) and Michael Lamont (drums). The band’s debut album largely comprised of contemporary hits, notably ‘Hey Joe’, ‘Morning Dew’ and ‘Come See About Me’. An unknown quantity when they supported Moby Grape on a brief UK tour in 1968, Group Therapy impressed audiences with their exciting, soul-based stage act. The album, retitled You’re In Need Of…Group Therapy was belatedly issued in the wake of this interest, but although their version of ‘River Deep - Mountain High’ garnered interest when issued as a single, the set failed to emulate its corresponding in-concert intensity. The band split up without achieving their potential, although Kennedy later secured success as a singer and songwriter. 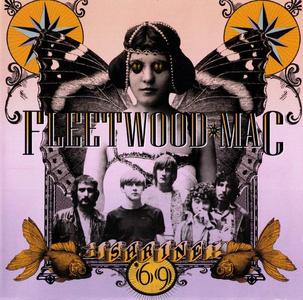 A live concert from January 25, 1969, recorded in Los Angeles by soundman Dinky Dawson. The fidelity is very good (excellent, in fact, by late-1960s standards), and the band are good form on a nine-song set (a tenth track is just a "Tune Up") that sticks mostly to lesser-known originals and covers. That means you don't get classics on the order of "Black Magic Woman" or "Oh Well," but on the other hand it's nice to hear different versions of some of the lesser-known early Mac originals, like Peter Green's anguished "Before the Beginning" and one of Danny Kirwan's better tunes, "Something Inside of Me." It's getting hard to keep track because of the bumper crop of official and semi-official live late-sixties Fleetwood Mac releases now available, but this is the first appearance of "Lemon Squeezer" to my knowledge, and "My Baby Sweet" is not easy to come by… 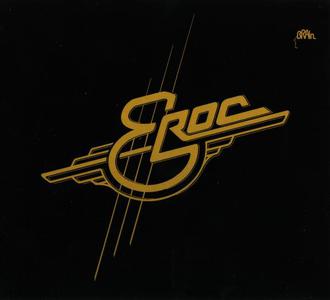 Eroc (Joachim Heinz Ehrig) started his solo career in 1975 while he was currently the drummer of Grobschnitt. His self titled album can be considered as a cross between Gorbschnitt's typical symphonic amazing music and electronic/synthscapes dominated by numerous original sound manipulations. Despite that he was originally recognised as a drummer, here Eroc is the man behind the machines, controlling solid essays in synth experimentations and electronic collages. His first album is an absolute must in Kraut/ electronic genre, very abstract, emotional and a mix of different moods. This album is an opponent worthy of Klaus Schulze's first realisations in space/"kosmische" electronic music. 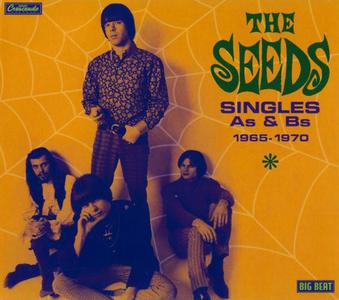 The Seeds were one of the most influential bands in the '60s American garage rock scene; they delivered hypnotic, stripped-down tunes dominated by Daryl Hooper's circular keyboard lines and the fuzzy, feral guitar breaks of Jan Savage, while lead singer Sky Saxon wailed a thinly veiled paen to drugs and sex, including "Mr. Farmer," "Rolling Machine," and "Up in Her Room." The Seeds scored their biggest hit with "Pushin' Too Hard" in 1967, but the band had already attracted a sizable following in their hometown of Los Angeles, and they would release a string of memorable singles through the end of the decade. Singles As & Bs 1965-1970 collects both sides of the 11 singles the Seeds released during their heyday, including variant B-sides for two releases, and as a bonus the set includes a rare, unedited take of "Pushin' Too Hard"… 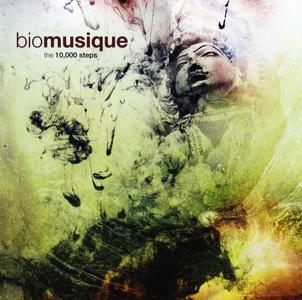 The 10,000 Steps is an atmospheric soundscape of exquisitely crafted ambiance, from singer Lisbeth Scott (The Chronicles of Narnia and Spielberg's Munich) and multi-instrumentalist Greg Ellis (Vas, Matrix series and 300). Biomusique's first effort, The 10,000 Steps, is a poly-fused hybrid of many styles that range from textured electronic ambience to atmospheric riffs on Celtic sound-stylings. The results are breathtaking. Lisbeth Scott's vocals resemble the non-local phrasings of Liz Fraser and Lisa Gerrard, toning, intoning, chanting and singing, blending and bending a fluid vocabulary of vocalese. While Ellis moves surprisingly well out of his percussive comfort zone to play a number of other instruments such as trumpet, guitar, dulcimer, piano and, of course, a battery of drums and percussion. Together, they make deliciously organic sounds that echo David Sylvain, Enya, Clannad and Loreena McKennit… 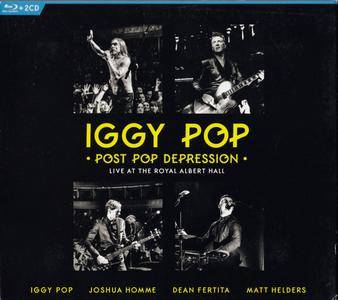 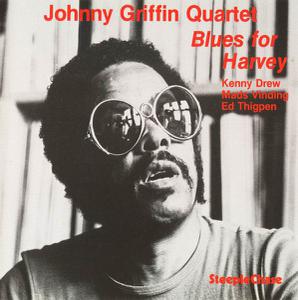 Johnny Griffin is heard in a pair of dates recorded in 1972 at Jazzhus Montmartre in Copenhagen, joined by fellow American expatriates Kenny Drew and Ed Thigpen, along with bassist Mads Vinding. Most of this album is devoted to Griffin's originals. His piercing, extended blues "That Party Upstairs" is followed by a somber ballad "Alone Again" (not the bland Gilbert O'Sullivan pop hit "Along Again (Naturally)," as listed in some discographies). His remake of his early composition "Soft and Furry" features Vinding's delightful arco bass in octave unison with Griffin's tenor sax. The furious uptempo "Blues for Harvey" gives way to a turbulent pair of choruses of Thelonious Monk's "Rhythm-A-Ning." 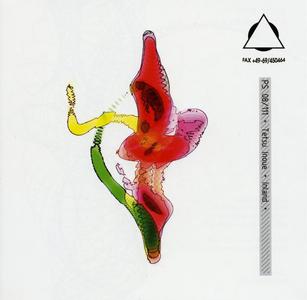 Inland is a gargantuan album. As its name suggests, the structure and sound design helps the listener to take a relaxing journey into his or her being and existence. It is tremendously cozy, and no track is out of place or alienating. In fact, each track is a winner, even the redued Symphony H2O which is only underwhelming in comparison to the remaining 7 tracks in which Inoue marries his reduced style of warm strings and occasional crackles with a lavish amount of thick synths, all of them glowing brightly and warmly. This is simply Inoue's most beautiful album, and if you like harmonious interplays of luxurious synth washes and spacious sections of relative peace with reverberated strings and whispering clicks, this is one of the best choices you can pick.

Psychonaut (1972). Formed in 1968 by Belgian born keyboard player Joel Vandroogenbroeck, the band released their debut album, the extreme psychedelic Cottonwoodhill in Germany in 1971. Breaking apart soon after, Vandroogenbroeck formed a new incarnation of the group with drummer Barney Palm comprising Swiss and Italian musicians. Psychonaut was recorded in Milan in 1972 and was less intense than Cottonwood Hill but was more cohesive and was an impressive Psychedelic rock album, later much sampled by European Trance DJs. Psychonaut is one of the essential albums associated with the German Psych & Prog scene of the early 1970's… 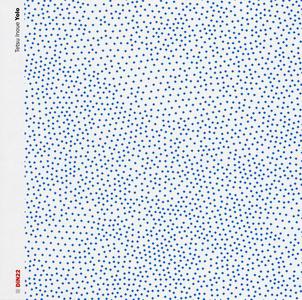 Intriguing and mysterious, "Yolo", dissects a combination of Max random synthesised sounds and field recordings into fragments and particles which are then sieved through in microscopic detail. Inoue moves the focus with a speed that is at first disorientating but demonstrates the concise precision that has made his deserved reputation as an artist that is not afraid to explore and expand. In many respects it's like a diary of intimate impressions, internalised and deeply processed; a collection of fading super-8 memories moving jerkily in and out of the frame of the imagination.
There is no lengthy exposition or superfluous effect to be found on any of the tracks. Rather there's an insistence and urgency to cut to the chase… 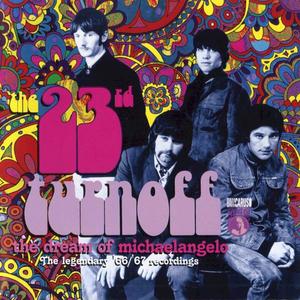 Although this 21-track compilation is credited to the 23rd Turnoff, in fact it's a combination of recordings by the Kirkbys, the mid-'60s Merseybeat group led by Jimmy Campbell, and the 23rd Turnoff, the more psychedelic band they evolved into in 1967. It reveals Campbell as perhaps the most unheralded talent to come out of the Liverpool '60s rock scene, as he was a songwriter capable of both spinning out engaging Merseybeat and - unlike almost every other artist from the city, with the notable exception of the Beatles - making the transition to quality, dreamy psychedelia. Both sides of all three of the Kirkbys' 1965-1966 singles are here, as well as a bunch of unreleased recordings and outtakes by the group, all written or co-written by Campbell… 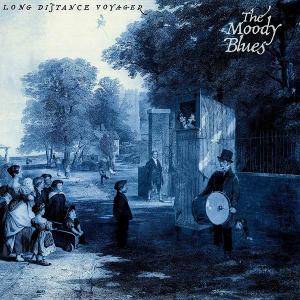 Progressive rock bands stumbled into the '80s, some with the crutch of commercial concessions under one arm, which makes the Moody Blues' elegant entrance via Long Distance Voyager all the more impressive. Ironically enough, this was also the only album that the group ever got to record at their custom-designed Threshold Studio, given to them by Decca Records head Sir Edward Lewis in the early '70s and built to their specifications, but completed while they were on hiatus and never used by the band until Long Distance Voyager (the preceding album, Octave, having been recorded in California to accommodate Mike Pinder), before it was destroyed in the wake of Decca's sale to Polygram. In that connection, it was their best sounding album to date, and in just about every way is a happier listening experience than Octave was, much as it appears to have been a happier recording experience… 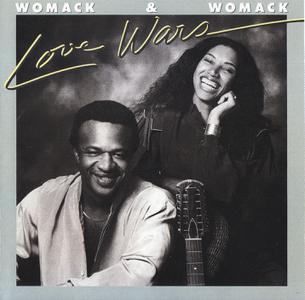 Womack & Womack - Love Wars (1983) [2007, Reissue]
R&B, Soul/Funk | EAC Rip | WavPack (WV), Img+CUE+LOG+Scans (PNG) | 41:08 | 281,08 Mb
Label: Elektra (USA) | Cat.# 960 293-2 | Released: 2007(1983)
"Love Wars" is the 1983 debut album by musical duo Womack & Womack. The album, described by Chris Rizik of Soul Tracks as "a critical favorite", charted at #34 on the Billboard Top R&B/Hip-Hop Albums chart. In his review of the album, music critic Robert Christgau praised husband Cecil Womack and wife Linda Womack as "ace singers and songwriters (as opposed to singer-songwriters)", noting that "their lyrics about loss and conflict are sharper than those about love and happiness". Two singles from the album, "Love Wars" and "Baby I'm Scared of You", were hits in the UK, reaching #14 and #72 on the UK Singles Chart, respectively. The album was ranked #4 among the "Albums of the Year" for 1984 by NME, and the single "Love Wars" was ranked as the year's #1 song.
WavPack R&B Soul/Funk Womack & Womack 1983 lossless CD-Rip+Scans Reissue
Details 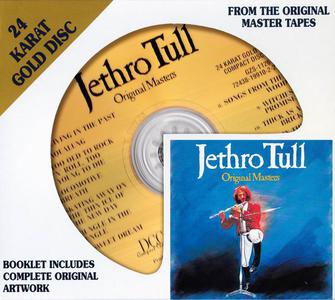 Despite its age, this collection remains the best introduction to the wonderfully bizarre sounds of Jethro Tull - a unique combination of folk music, progressive rock, heavy metal, and of course, Ian Anderson's ubiquitous flute. Drawing exclusively from the band's '70s heyday, opener "Living in the Past" sets the retrospective tone, leading the way into the signature guitar riff of "Aqualung," the band's multifaceted pièce de résistance. Though lyrically indecipherable, "Locomotive Breath" is equally timeless, and the moment when John Evan's fanciful piano intro gives way to Martin Barre's guitar feedback remains thrilling. With his acoustic guitar in hand, Ian Anderson becomes a medieval bard, drawing the listener into worlds of legend both threatening ("Sweet Dream," "Witches Promise") and joyously carefree ("Thick as a Brick," "Skating Away on the Thin Ice of the New Day")…