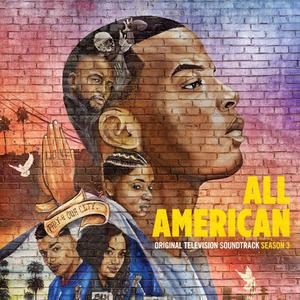 Blake Neely (Everwood, The Pacific, Pan Am, The Flight Attendant) provides the original soundtrack to Season 3 of the CW sports drama original series, All American. In addition to Neely's original score, the album includes feature songs "Family Over Everything" by BRE-Z and Chelsea Tavares, and "Music Can Save Us" by Chelsea Tavares.All American is inspired by the life of professional American football player Spencer Paysinger with Daniel Ezra in the lead role. The series follows a rising high school football player from South L.A who is recruited to play for Beverly Hills High. Soon after, the wins, losses and struggles of two families from vastly different worlds—Crenshaw and Beverly Hills—begin to collide. 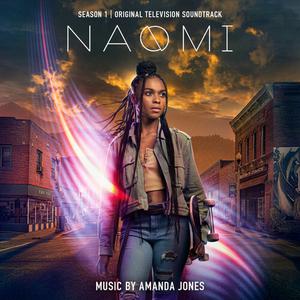 Naomi is an American superhero drama television series created by Ava DuVernay and Jill Blankenship which is based on the comic book series of the same name co-written by Brian Michael Bendis and David F. Walker and illustrated by Jamal Campbell. It premiered on The CW on January 11, 2022. 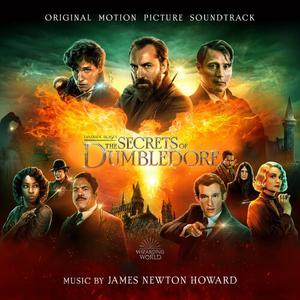 Fantastic Beasts: The Secrets of Dumbledore is a 2022 fantasy film directed by David Yates from a screenplay by J. K. Rowling and Steve Kloves. It is the sequel to Fantastic Beasts: The Crimes of Grindelwald (2018), the third instalment in the Fantastic Beasts film series, and the eleventh overall in the Wizarding World franchise.Pianist, producer, and composer James Newton Howard scored over 60 films beginning in the mid-'80s, including The Fugitive, The Prince of Tides, Pretty Woman, Glengarry Glen Ross, Batman Begins, Michael Clayton, and the Hunger Games series.He has received numerous Oscar nominations, and won an Emmy Award for his theme for the television show Gideon's Crossing and a Grammy Award in 2009 for his work on The Dark Knight. Those accolades brought continued high-profile film work, such as 2012's The Bourne Legacy, the Hunger Games franchise, and the Huntsman film series. He made his debut in the Harry Potter universe with 2016's Fantastic Beasts and Where to Find Them. 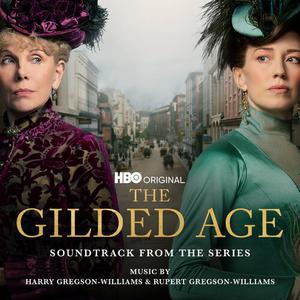 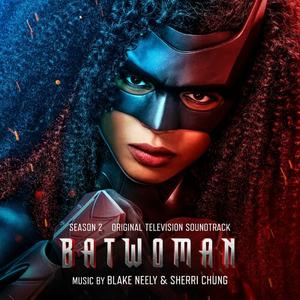 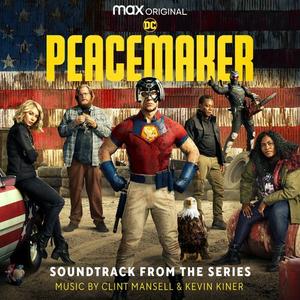 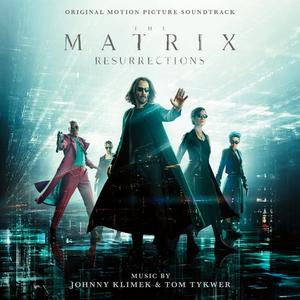 Johnny Klimek, Tom Tykwer - The Matrix Resurrections (Original Motion Picture Soundtrack) (2021)
FLAC tracks / MP3 320 kbps | 2:27:14 | 775 / 335 Mb
Genre: Soundtrack / Label: WaterTower Music
In September 2021, Warner Bros. confirmed that Johnny Klimek and Tom Tykwer would be scoring the film, having previously collaborated with Wachowski on Sense8 and Cloud Atlas, replacing Don Davis, who composed the score for the first three films. The song "White Rabbit" by Jefferson Airplane is prominently featured in the trailer. Wachowski said the choice of "White Rabbit" for the trailer not only was in reference to the Alice's Adventures in Wonderland elements that The Matrix had previously used and which "White Rabbit" is based on, but also a nod to Jefferson Airplane themselves which was formed as a house band for The Matrix club in San Francisco. The second trailer featured an eletronic/orchestral rendition of the song "Wake Up" by Rage Against the Machine, which featured prominently at the end of the first Matrix film.
Watertower Music WaterTower Music WaterTower Music 2020 2021 Any Live Compilation Various Artists Pop FLAC Lossless MP3 Television Soundtrack Soundtracks Soundtrack
Details 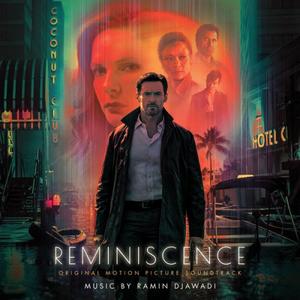 Ramin Djawadi - Reminiscence (Original Motion Picture Soundtrack) (2021)
FLAC tracks | 01:19:57 | 349 Mb
Genre: Soundtrack / Label: WaterTower Music
In seeking the right song for Reminiscence - one that would encapsulate the film’s scope and tone and capture the spirit of the movie and the characters - Joy connected with her good friend and collaborator, Grammy-nominated producer Jeff “Gitty” Gitelman. Gitelman is an incredible artist, musician, producer, and songwriter, known for his work and instrumentation for J. Cole, H.E.R., Mac Miller, and Anderson Pak. He was also nominated for a Grammy Award for Album of the Year for his work on H.E.R.’s 2019 Album I Used To Know Her.Gitelman watched the film and immediately reached out to artist and songwriter Lonr., and the two dove into working together on a song. When Joy first heard the song produced from those sessions, “Save My Love” by Lonr. (Feat. Amber Mark), she knew the song and these artists were a perfect fit for the film. The song had the musical traits she had envisioned - an epic yet romantic quality, and a certain swagger befitting the film’s star Hugh Jackman’s character, Nick Bannister. It had the crucial features of being both catchy and “sticky” – and also connected to the film’s themes about memory and how music and songs play out in life. The instrumentation was especially key, and it fulfilled Joy’s need for an international essence in its tonalities, so as to seamlessly integrate and springboard off of the film’s striking score.
2020 2021 Watertower Music WaterTower Music WaterTower Music Soundtracks Television Soundtrack Soundtrack Pop FLAC Lossless MP3 Compilation Various Artists Any Live English Language Other Language neutral
Details 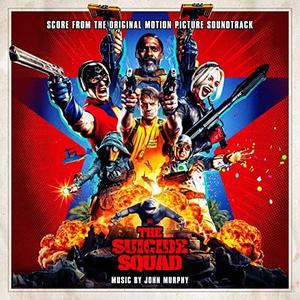 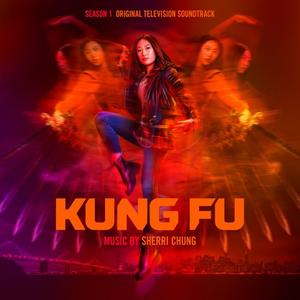 Sherri Chung - Kung Fu: Season 1 (Original Television Soundtrack) (2021)
FLAC tracks | 1:18:55 | 338 Mb
Genre: Soundtrack / Label: WaterTower Music
Kung Fu is an American martial arts action-adventure television series that premiered on The CW on April 7, 2021. Set in the present, it is an adaptation of the 1970s series of the same title. It is produced by Warner Bros. Television, as was the original series and Kung Fu: The Legend Continues. Executive producers include Christina M. Kim (developer of The CW series), Ed Spielman (creator of the original series), Greg Berlanti, Martin Gero, Robert Berens, and Sarah Schechter. It is one of a few American network dramas to feature a predominantly Asian-American cast, including veteran actor Tzi Ma. In May 2021, the series was renewed for a second season.
2020 2021 WaterTower Music Watertower Music Television Soundtrack Soundtracks Soundtrack Pop FLAC Lossless Compilation Any Live English Language neutral
Details 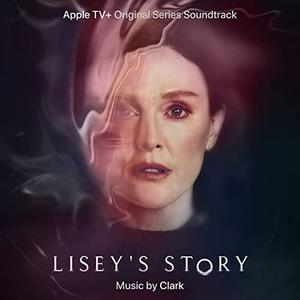 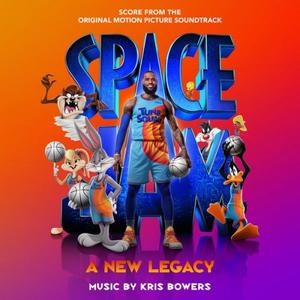 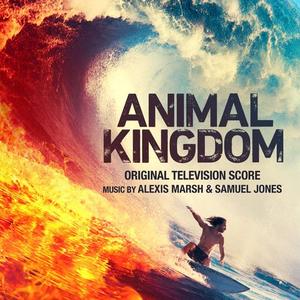 Joseph Bishara - The Conjuring: The Devil Made Me Do It Soundtrack (2021) 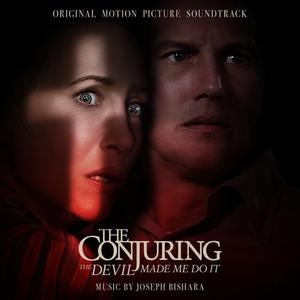 Joseph Bishara - The Conjuring: The Devil Made Me Do It Soundtrack (2021)
FLAC tracks / MP3 320 kbps | 52:22 | 140 / 222 Mb
Genre: Soundtrack / Label: Watertower Music
Joseph Bishara is a composer and music producer of a darker flavor. His scores include “The Conjuring” and “The Conjuring 2”, “Annabelle”, “Insidious”, “Insidious Chapter 2”, “Insidious Chapter 3”, “The Other Side of the Door” and many others. Bishara has also appeared onscreen as creature performer in “Insidious” as the Lipstick-Face Demon, “The Conjuring” as Bathsheba, as well as the demon in “Annabelle”. Music production work includes the soundtrack for the cult musical film “Repo! The Genetic Opera” and its successor “The Devil’s Carnival”, as well programming and remix contributions for artists such as Tech N9ne, Marilyn Manson, Rasputina, Danzig, Jane’s Addiction and Nine Inch Nails.
Soundtrack Soundtracks soundtrack MP3 320 CBR ost Pop MP3 Live 2020 Watertower Music FLAC English Any Lossless 2021
Details 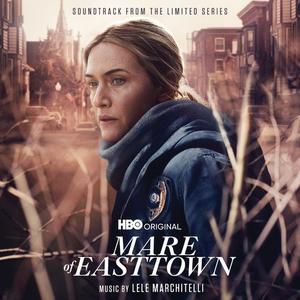