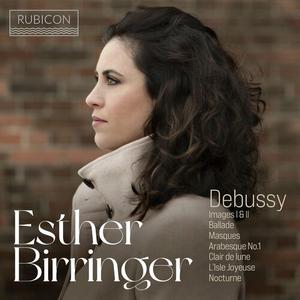 For her second solo recital album for Rubicon, Esther Birringer turns to Debussy with a recital that includes both books of his Images.  Composed in 1901-5 (book 1) and 1907 (book 2), the composer was very pleased with Images, writing about the first set: “Without false pride, I feel that these three pieces hold together well, and that they will find their place in the literature of the piano… to the left of Schumann, or to the right of Chopin.”Esther Birringer began playing piano aged three and made her debut as soloist with an orchestra aged just six. A meteoric career has followed both in Europe and around the world, where Esther both performs and teaches, as well as promoting young talent. 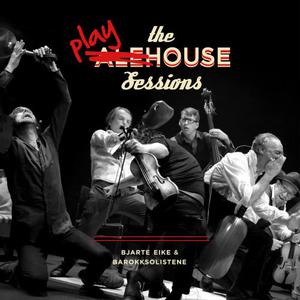 "There are some things you just can’t fake. The chemistry of a group is one of those – the sparks of musical energy that fly when certain artists collide. Bjarte Eike’s Barokksolistene is an alchemical miracle of an ensemble… pure musical gold", wrote Gramophone for the album entitled "The Alehouse Sessions". 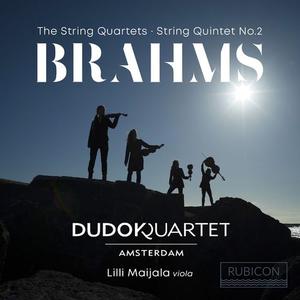 The Dudok Quartet Amsterdam is forging a reputation as one of the most creative and versatile quartets of its generation. The Guardian commented on their "lithe, lively sound and alert sense of structure and detail". This recording, their first for Rubicon, of the Brahms Quartets and the second of the String Quintets for which they are joined by Finnish violist Lilli Maijala, will be eagerly awaited by their growing band of followers and chamber music fans generally. The quartet play with unwound gut strings and a set of bespoke classical bows. 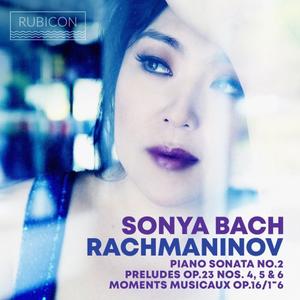 Rachmaninov’s Second Piano Sonata was extensively revised by the composer in 1931, and the revised version is tighter and thinner in texture (the Fourth Piano Concerto is a fine example the more restrained and less opulent textures the composer developed in his later years) than the original version of 1913. It represents a supreme challenge to the pianist in either version, and has all the hallmarks of the composer at the height of his powers – he had just finished his huge choral symphony The Bells at the same time. The 6 Moments Musicaux, Op. 16 are early works which exhibit the flamboyance of the youthful virtuoso. Sonya Bach includes three of the Preludes from the Op. 23 set.

Ensemble Emigré - Robert Kahn: Leaves from the tree of life (2021) 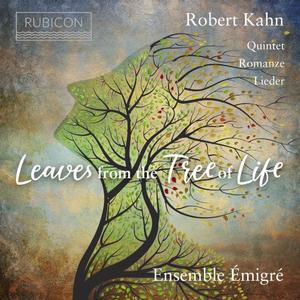 Ensemble Emigré - Robert Kahn: Leaves from the tree of life (2021)
FLAC tracks +booklet | 01:01:43 | 215 Mb
Genre: Classical / Label: Rubicon
Robert Kahn was born in Mannheim in 1865 and died in Biddenden, Kent in 1951. How did a composer who impressed Brahms, and who the older composer offered to give lessons to end up in the UK in a small village? Kahn became an influential professor of music at the Berlin Hochschule, and before that had his works performed by the Joachim Quartet, and the Berlin Philharmonic under Hans von Bülow. Kahn was a friend of Joachim, von Bülow, Adolf Busch and Richard Mühlfeld. His compositional style was along the lines of Mendelssohn, Schuman and Brahms, he was an admirer of Reger, whose contrapuntalism no doubt had an influence upon Kahn. He avoided large scale romantic forms, and became famed for his songs, choral works, chamber music and the huge Tagebuch in Tönen, (Music from the Tree of Life) a collection of solo piano works, suites for piano and lieder that run to over 1100 pieces.
2020 2021 Rubicon FLAC Lossless Easy Listening Classical Classical Music Language neutral
Details 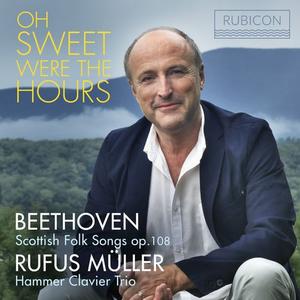 Rufus Müller & Hammer Clavier Trio - Oh sweet were the hours (2021)
FLAC tracks | 00:48:22 | 190 Mb
Genre: Classical / Label: Rubicon
However, as Beethoven biographer Barry Cooper suggests, the composer also sensed beyond monetary compensation the perennial power of the folk-melody and the potential ensuing benefit of his own musical association with the project, so as to create with Thomson a folksong movement for future generations.Beethoven delivered the challenging arrangements and Thomson struggled to sell them, asking Beethoven if he could simplify his arrangements. Beethoven’s wonderfully dusty response was “I am not accustomed to retouching my compositions: I have never done so, certain of the truth that any partial change alters the character of the composition. I am sorry that you are the loser, but you cannot blame me, since it was up to you to make me better acquainted with the taste of your country and the little facility of your performers.”
2020 2021 Rubicon FLAC Lossless Easy Listening Classical Classical Music Language neutral
Details
<<
December 2022