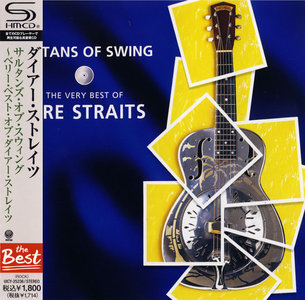 Exactly ten years after Dire Straits' first compilation, Money for Nothing, appeared in the stores, their second, Sultans of Swing: The Very Best of Dire Straits, was released. A decade is a significant span of time, and the average band would have produced enough material for an entirely different collection, one that shared no similarities with its predecessor. Dire Straits is not the average band, however, and during those ten years, they released exactly two albums – 1991's On Every Street, their first studio album since Brothers in Arms in 1985, and 1993's On the Night, a live album culled from tapes of the record's supporting tour. Not quite enough new material for a new greatest-hits album, but it had been years since Dire Straits had released an album of any sort (a compilation of BBC sessions snuck into the stores in 1995) – hence the birth of Sultans of Swing. 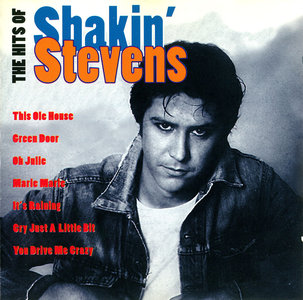 Hits of Shakin' Stevens is a detailed single disc featuring 16 tracks the rock & roll revivalist recorded for Epic in the '80s. Anyone looking for a comprehensive collection of his best recordings should pick this up as it features the original versions of "This Ole House," "You Drive Me Crazy," "Oh Julie," and the Dave Alvin penned "Marie Marie". 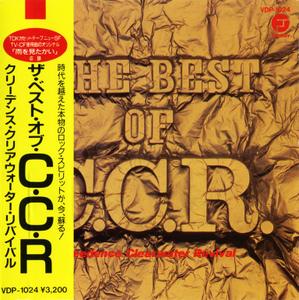 Creedence Clearwater Revival was an American rock band which recorded and performed from 1968 to 1972. The band initially consisted of lead vocalist, lead guitarist, and primary songwriter John Fogerty; his brother, rhythm guitarist Tom Fogerty; bassist Stu Cook; and drummer Doug Clifford. These members had played together since 1959, first as the Blue Velvets and later as the Golliwogs. Their musical style encompassed roots rock, swamp rock, and blues rock. Creedence Clearwater Revival's music is still a staple of U.S. classic rock radio airplay. Twenty-eight million CCR records have been sold in the United States alone. Rolling Stone ranked them 82nd on its 100 Greatest Artists of All Time. 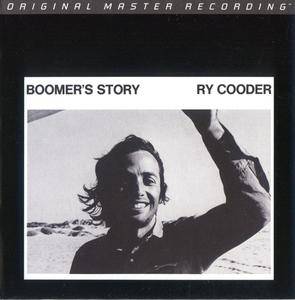 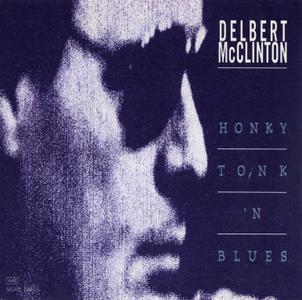 Delbert McClinton always understood that it was more than just country music that went down at Texas roadhouses and honky tonks, and his before-his-time rootsy mix of blues, country, R&B, and soul made it hard for his various record labels to market him effectively, although his body of live and recorded work since he got his start as a harmonica player in the early '60s is a very impressive legacy. This set compiles 14 key tracks from his mid- to late-'70s period, including signature classics "Two More Bottles of Wine" and "Solid Gold Plated Fool," among others. 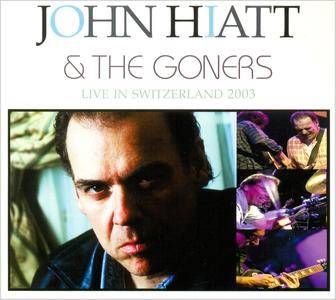 Throughout the 1990’s, Hiatt recorded a series of well-received and commercially successful albums and toured widely. Chart position by now became perhaps less relevant to Hiatt's career: he was developing a consistently supportive audience; he was nominated for Grammy awards. By the end of the decade, Hiatt was releasing albums on independent labels and achieving consistent success outside mainstream commercial structures. In this 2003 concert, Hiatt is joined by Sonny Landreth on guitar, David Ranson on bass, and Kevin Blevins on drums – the tight and virtuoso combo Hiatt dubs the Goners; these musicians had played on "Slow Turning", and "The Tiki Bar Is Open", as well as on "Beneath This Gruff Exterior", Hiatt's most recent album when this concert was recorded. 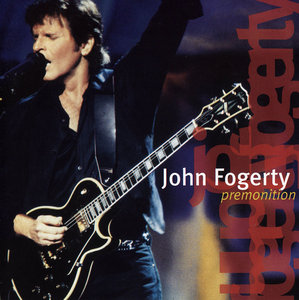 Upon its release in the spring of 1997, John Fogerty's long-awaited comeback album Blue Moon Swamp was lavished with praise – it didn't become the crossover hit that Centerfield was, but it earned great reviews and a solid cult audience. Furthermore, his tour – his first ever to feature classic Creedence material – was, if anything, even better received than Blue Moon Swamp, so it made some sense that he quickly released Premonition, his first solo live album, in 1998. Premonition is frighteningly good – Fogerty doesn't sound like a veteran rocker, he sounds nearly as powerful as he did on old Creedence live shows. He also sounds more mature, bringing increased depth to his older songs as he energizes recent material, from "The Old Man Down the Road" to "Swamp River Days." Premonition is essentially the province of dedicated Fogerty fans – there's only one new song, and the differences in the live performances are things only the hardcore will spot – but they'll be delighted with the quality of the music. 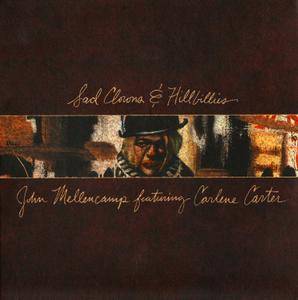 Sad Clowns & Hillbillies marks the first time in a decade that a John Mellencamp studio record finds him in the producer's chair. It's the first time ever that he's shared billing on an album cover. Carlene Carter is a singer/songwriter and music biz veteran; the daughter of country music royalty – Carl Smith and June Carter Cash – making her the stepdaughter of Johnny. She and Mellencamp worked together on 2012's Ghost Brothers of Darkland County, the musical theater project he scored for Stephen King; they collaborated further on the soundtrack for Ithaca – the "Sugar Hill Mountain" reprised here is one of a handful of excellent duets between them. Things don't begin well, however. 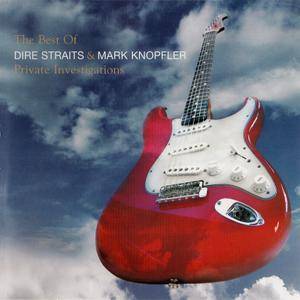 This 22-cut double-disc set finally gets at it. Issuing a single disc of Dire Straits and Mark Knopfler would be a silly thing at best and a hopelessly frustrating one at worst. When the band burst on the scene with "Sultans of Swing," there was a lot happening in rock music, but most of it was under the radar and remains forgotten except in the historic annals of music fanatics. Knopfler and his band were full of rock & roll romance and proved it through their first four recordings time and again. They couldn't help but become superstars and mainstays of MTV. But there is another story told on this best-of, which begins with "Telegraph Road." 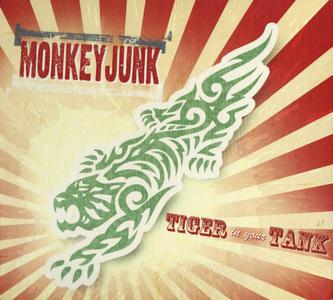 A reissue, with bonus tracks, of MonkeyJunk's first album (2009) previously available on their own Beefy label. Tiger In Your Tank kick started the group's acclaimed international career winning a Blues Award in Memphis as 'Best Artist Debut' and the Canadian Indie Award for 'Blues Album Of The Year'. The album has been remastered and includes two tracks recorded especially for this reissue. The Ottawa based trio are Canada's most acclaimed blues/roots music band. MonkeyJunk's touring schedule regularly includes dates in Europe and major festivals across North America. 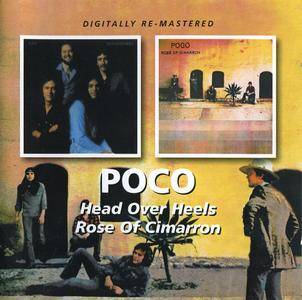 The song "Keep on Tryin'" from Head Over Heels kicks off this two-fer of Poco albums (released in 1975 and 1976) and is a reasonable metaphor for the band's continued desire to break into the mainstream and enlarge what had been an appreciative but somewhat minor cult following. The quartet also relocated from the Epic label which had been home since their 1970 debut, to ABC (later MCA). With the business change came a burst of creativity, as the strong voices and songwriting skills of the Tim Schmit-Rusty Young-Paul Cotton creative nucleus dovetailed for a terrific set, shifting to a slightly more pop vein, while remaining firmly ensconced in the country, folk, and even bluegrass roots of their previous output. A cover of the rare Becker/Fagen composition "Dallas" (available only as a single before Steely Dan's full-length debut but not included on it) is an inspired choice. Paul Cotton blossomed as a songwriter with "Let Me Turn Back to You," a warm-up of sorts for "Heart of the Night," the track that three years later would ultimately provide the crossover hit they were searching for. 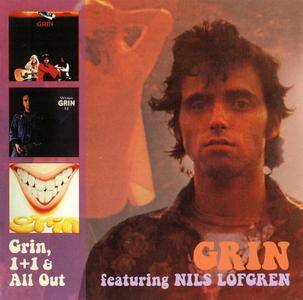 Nils Lofgren is an American rock musician, recording artist, songwriter, and multi-instrumentalist. Along with his work as a solo artist, he has been a member of Bruce Springsteen's E Street Band since 1984, a member of Crazy Horse (1970–1971; 1973; 2018-present), and founder/frontman of the band Grin. Lofgren was inducted into the Rock and Roll Hall of Fame as a member of the E Street Band in 2014. Before he was under the wing of Neil Young and before he made a series of underappreciated solo albums, guitarist Nils Lofgren formed Grin, a trio that was devoted to simple, basic rock & roll, in 1969. None of Grin's albums were commercially successful – they only received good reviews, not sales – but each showed a promising, dynamic group. Unfortunately, the group never fulfilled its potential, but the finest of its albums featured some terse, brilliant guitar from Lofgren that ranks with the best of his later work. 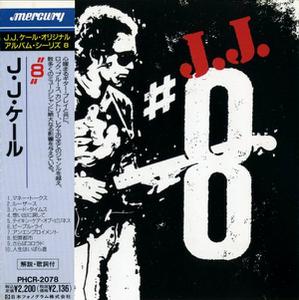 #8 is a 1983 album by J. J. Cale. It was his eighth since his debut in 1972. Twelve years and eight albums into his recording career, Cale's approach has changed little, and here is another collection of groove tunes that act as platforms for the artist's intricate guitar playing. He is sometimes accompanied by a female vocalist, co-writer Christine Lakeland. 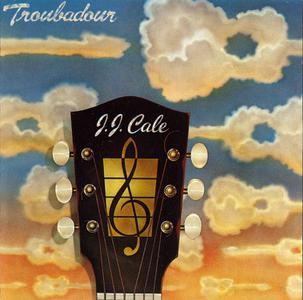 Troubadour is a 1976 album by J. J. Cale, his fourth since his debut in 1972. Eric Clapton covered the song "Cocaine" on his 1977 album Slowhand, turning it into one of his biggest hits. He later covered the track "Travelin' Light" for his 2001 studio album Reptile. "Travelin' Light" was also recorded by Widespread Panic for their album Space Wrangler in 1988. JJ Cale's version of his own "Travelin' Light" was played to awaken the crews of the Atlantis Space Shuttle and International Space Station preceding their spacewalk early on Friday May 21, 2010. 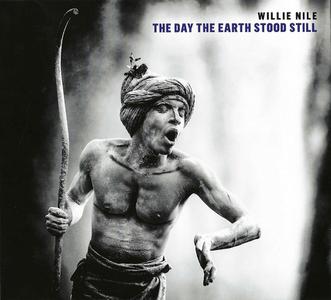