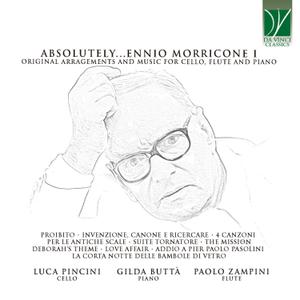 For a long time, Ennio Morricone (1928-2020) kept the two main fields of his compositional activity neatly separated. First, there was film music: this was undoubtedly the best known and also the most abundant of the two. His artistic partnerships with directors such as Sergio Leone, Giuseppe Tornatore, Pier Paolo Pasolini, Giuliano Montaldo, Elio Petri, and Gillo Pontecorvo marked the history of film music. However, the directors with whom he cooperated, also on the international stage, are very numerous, including Brian De Palma and Quentin Tarantino. His film music comprises nearly 500 scores: a record quantity, reached over the course of more than five decades, and crowned by three Academy Awards, three Golden Globes, five BAFTAs, a Grammy and countless other awards.