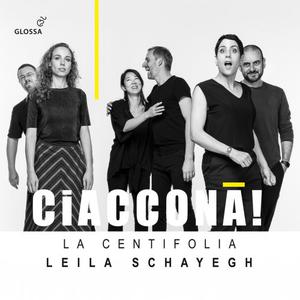 On this new CD from Glossa, Leila Shayegh and La Centifolia present a selection of chaconnas, some famous, some unknown. Find works here by Bertali, Purcell, Schmelzer, Matteis, Corelli or anonymous composers from the famous collection from the "Schrank no. 2" in Dresden. The climax and conclusion is the famous "Canon" (with "Gigue", which is usually neglected) by Johann Pachelbel, played with a liveliness and transparency that is rarely heard in this frequently played piece! 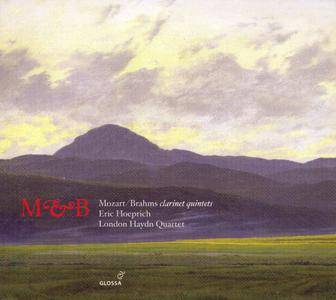 Unquestionably, the clarinet quintets of Mozart and Brahms have earned time-honored and well-deserved places in the repertoire of clarinetists worldwide. In the informative and well-written annotations by Eric Hoeprich, we read that “they embody the maturity, depth, experience, and possibly even a premonition of an otherworldliness soon to be experienced firsthand.” 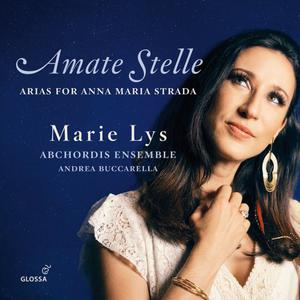 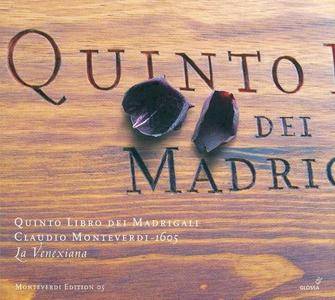 With the release of Monteverdi's Fifth Book of Madrigals, La Venexiana, the extraordinary ensemble founded and led by countertenor Claudio Cavina, comes close to completing its cycle of Monteverdi's nine volumes for Glossa, with only the first and last books left to record. The Fifth Book, published just before Monteverdi wrote Orfeo, is a pivotal collection that incorporates conventions both of Renaissance madrigals and of the emerging Baroque. La Venexiana's performance is notable for its musical and emotional intensity. 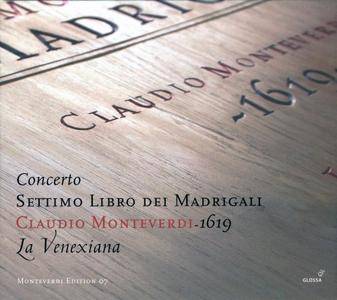 Claudio Monteverdi's Seventh Book of Madrigals, written in 1619, was really the first that was fully part of the new operatic age – and really the first to consist of pieces that were not really madrigals at all. For all of the soloistic and operatic expressive devices, for all the block chords that had appeared in the previous few books, this was the first set in which Monteverdi dispensed with the traditional five-voice texture of the madrigal. 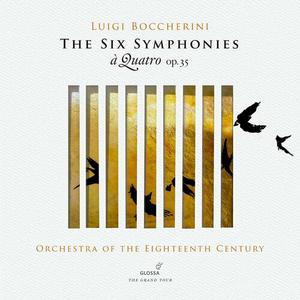 Orchestra Of The 18th Century, Marc Destrubé - Boccherini: The Six Symphonies (2022)
FLAC (tracks), Lossless / MP3 320 kbps | 1:33:04 | 472 / 213 Mb
Genre: Classical / Label: Glossa
Emilio Moreno's passion, knowledge and thirst for the music of Luigi Boccherini yields a further revelation with the Six Symphonies, op.35, premiered in 1782, newly edited by violist Moreno and performed here by the Orchestra of the Eighteenth Century. In 1981, Frans Brüggen, Lucy van Dael and friends founded the Orchestra of the Eighteenth Century, consisting of fifty members from twenty different countries. Six or more times a year the orchestra assembles to go on tour. The musicians, all specialists in eighteenth and early nineteenth century music, play on period instruments or on contemporary copies. The wide-ranging repertoire this orchestra performs includes works by Purcell, Bach, Rameau, Haydn, Mozart, Beethoven, Schubert, Mendelssohn and Chopin, and has been recorded for Philips Classics and nowadays for The Grand Tour / Glossa. In August 2014, the Orchestra had to say farewell to Brüggen. While the collaboration between the orchestra and it's founding father came to an end with his death, Brüggen's inspiration remains and will guide the Orchestra for years to come. The Orchestra continues the tradition of six or more projects a year, now by inviting guests and guest conductors to lead.
2020 2021 2022 Any Classical Classical Music Compilation FLAC Glossa Live Lossless MP3 Various Artists
Details 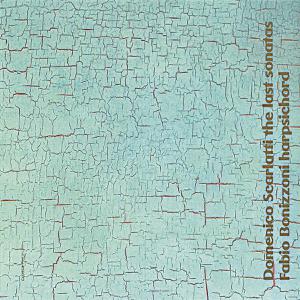 Generally, the CDs dedicated to Domenico Scarlatti’s harpsichord sonatas are made to include the widest possible sampling of different aspects of the composer’s work, from the youthful pieces, full of vitality, to the mature compositions which give priority to melodic qualities, by way of the works which feature daredevil virtuosity. This is not the case here. After years of preparing his incursion into the world of Scarlatti, the exquisite Fabio Bonizzoni concentrates on the late works of the composer, in the belief that it is there that the real masterpieces are to be found. Extremely beautiful, profound, deeply felt and introspective music on a disc which clearly standsout in every respect. 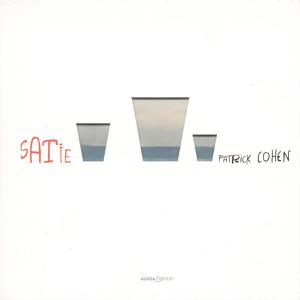 A cult record if there ever was one, Patrick Cohen’s Satie goes far beyond any one of the many versions of this music on the market. It is simply something else. Possibly the best CD Glossa has ever produced, it has provoked controversies of all sorts since its release in 1998, not only due to the interpretation and the instrument used, an 1855 Érard piano, but also because of the polemical essay which accompanies the recording. 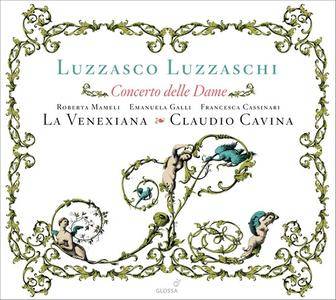 The Concerti delle Dame, or Concerts of the Ladies, were secret events held by the Duke of Ferrara, using a consort of sopranos at his court. The organizer was the duke's court composer, the melodiously named Luzzasco Luzzaschi, who also composed chromatic madrigals in a language approaching that of Gesualdo. But these works experimented with the declamatory, chordal, highly ornamented style that became known as the seconda pratica. 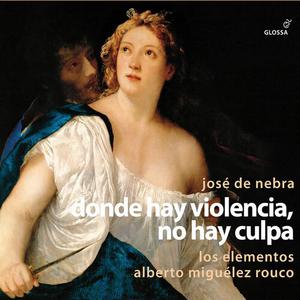 Judit Subirana, Giulia Semenzato, Natalie Perez, Alicia Amo - Nebra: Donde hay violencia no hay culpa (2022)
FLAC (tracks), Lossless / MP3 320 kbps | 1:49:44 | 252 / 563 Mb
Genre: Classical / Label: Glossa
In recent decades, the music of Spanish composer José de Nebra (1702-1768) has enjoyed its well-deserved renaissance, and time and again one is amazed at the melodic inventiveness and dramatic power of his works. Alberto Miguélez Rouco and his ensemble Los Elementos present here the zarzuela Donde hay violencia, no hay culpa ("Where there is violence, there is no guilt"), first performed in 1744, which treats the story of the rape of the virtuous Roman woman Lucretia, the founding myth of the Roman Republic, as handed down by Livius.
Glossa Classical Classical Music Instrumental 2020 2021 2022 FLAC Lossless MP3 Any Live Compilation Various Artists
Details 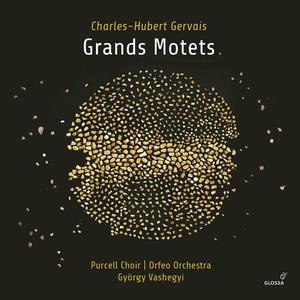 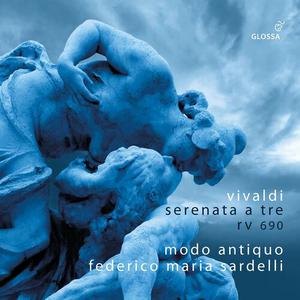 Elisabeth Breuer, Modo Antiquo, Federico Maria Sardelli - Vivaldi: Mio cor, povero cor, RV 690 (2022)
FLAC (tracks), Lossless | 1:07:40 | 421 Mb
Genre: Classical / Label: Glossa
The Serenata a 3, RV 690, is the least familiar and in certain respects the most enigmatic of the Vivaldi serenatas. The sole surviving source is the autograph manuscript of the score, preserved at the Biblioteca Nazionale Universitaria of Turin. Many of the questions surrounding the origin of Vivaldi’s score remain unresolved. When and where was the serenata composed? Which patron hosted it? On what occasion did it receive its premiere? Vivaldi expert Federico Maria Sardelli performed the rarely heard work at the Barga Opera Festival 2021 and subsequently realized the present recording.
Glossa Classical Classical Music 2020 2021 2022 FLAC Lossless MP3 Any Live Compilation Various Artists Instrumental
Details 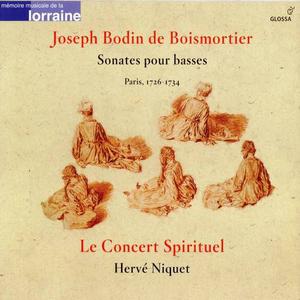 Ensembles specializing in the French Baroque have been busy resurrecting music that's both of interest to specialists and a lot of fun for anybody discovering that much of this repertory makes good party music – just as it did when it was composed. Boismortier was a composer from Lorraine who went to Paris and made good by pleasing well-situated patrons with attractive, somewhat kaleidoscopic music that was well suited to the needs of the instrumentalists they employed. Included on the rather confusingly titled Boismortier: Sonates pour basses are pieces for low-register instruments – viola da gamba, cello, and bassoon, as well as several pieces of perhaps didactic nature, with unspecified and thus adaptable instrumentation. 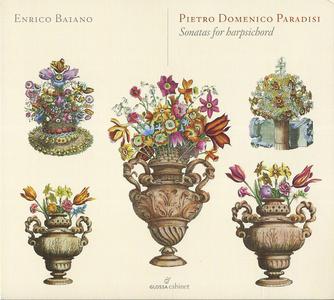 These twelve sparkling sonatas from 1754 by Pier Domenico Paradisi (or Paradies) come from a period when Italian instrumental style had been losing ground compared to what was being produced on the other side of the Alps. Paradisi acts as a catalyst for the different attitudes of expression in Italy, France and Eastern Europe, expanding the boundaries of the so-called stile galante. Enrico Baiano, who enjoyed a remarkable period of recording activity for the Symphonia label in the 1990s, shows again with this stunning 1995 Paradisi recital, why he is regarded as one of the best harpsichordists of his generation. 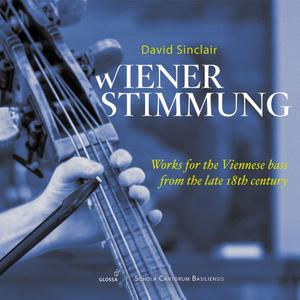 David Sinclair - Wiener Stimmung: Works for the Viennese Bass from the Late 18th Century (2022)
FLAC (tracks), Lossless | 1:13:02 | 354 Mb
Genre: Classical / Label: Glossa
Playing the double bass as a solo instrument requires a high level of technical skill on the part of the player. At the time of the beginning of the Viennese Classical period, there were several such outstanding double bass players in Vienna and nearby Bratislava, and so the most important solo works for this instrument were written there. The "Viennese double bass" had a special feature: it had five strings instead of the usual four and was played with frets. In addition, there was a special tuning of the strings that facilitated solo playing in the higher registers. The Canadian double bassist David Sinclair is one of the few specialists for the Viennese bass worldwide and teaches historical double bass at the Schola Cantorum Basiliensis in Basel. On his album "Wiener Stimmung", David Sinclair presents this extraordinary instrument with concertos and chamber music by composers such as Anton Zimmermann, Johannes Sperger, Karl Kohaut, Andreas Lidl and Franz Xaver Hammer as well as Joseph Haydn, congenially accompanied by fellow lecturers at the Schola Cantorum.
Glossa Classical Classical Music FLAC Lossless MP3 Any Live Compilation Various Artists 2020 2021 2022
Details
<<
February 2023