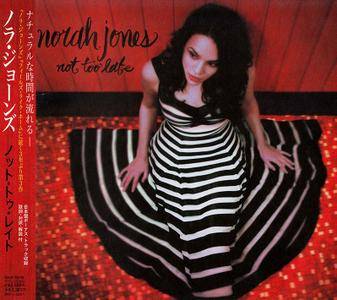 Although the music of Norah Jones continues to blend pop, soul, folk, and country with a seasoning of jazz, her third album for Blue Note is the first where she's written (or collaborated on) all the material. Beneath the smooth surface lie darker strains on the album-opening "Wish I Could" (about a boyfriend lost to war), intimations of mortality in "The Sun Doesn't Like You," and the post-election horrors of "My Dear Country." The last seems to channel the inspiration of Brecht/Weill, while the equally bleak "Sinkin' Soon" is set to a jaunty Dixieland rag. Throughout, Jones's vocal intimacy and melodic warmth remain as disarmingly understated as ever. The soulful "Thinking of You," the countryish "Wake Me Up," and the syncopated "Be My Somebody" reflect the captivating style of her previous work. Although too much in the same midtempo mode becomes a dreamy lull, cut by cut, Jones's voice is irresistible. 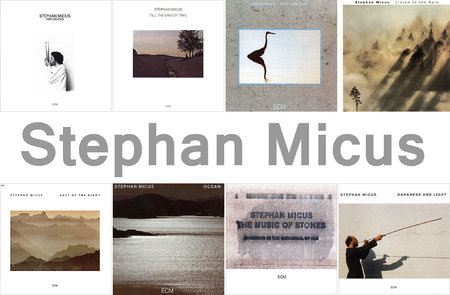 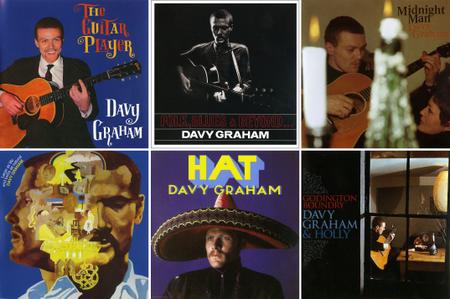 Davy Graham was one of the most eclectic guitarists of the 1960s, and his mixture of folk, blues, jazz, Middle Eastern sounds, and Indian ragas was an important catalyst of the British folk scene. Like Sandy Bull and John Fahey – two folk-based guitarists with a similar taste for genre-bending experimentation – Graham could not be said to be a rock musician. But like Bull and Fahey, he shared the eagerness of the '60s psychedelic rockers to stretch out and incorporate unpredictable influences into his music. While he wasn't much of a singer, Graham's taste in material was broad and shrewd, encompassing blues, ragas, Joni Mitchell, Charles Mingus, and the famous instrumental "Anji," which Graham recorded in 1962, way before the more famous versions by Bert Jansch and Simon & Garfunkel. Collection includes: The Guitar Player (1963); Folk, Blues & Beyond… (1965); Midnight Man (1966); Large As Life And Twice As Natural (1968); Hat (1969); Godington Boundry (1970). 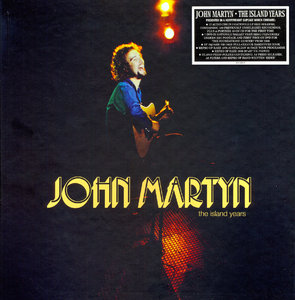 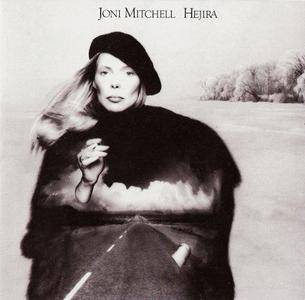 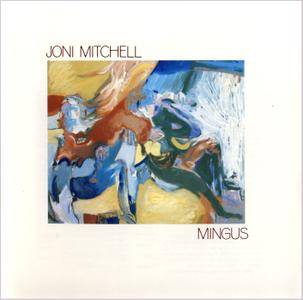 Joni Mitchell - Mingus (1979)
EAC | FLAC | Image (Cue&Log) ~ 182 Mb | Mp3 (CBR320) ~ 111 Mb | Scans included | 00:37:23
Vocal Jazz, Folk-Jazz, Jazz-Rock, Singer/Songwriter | Label: Asylum | # 7559-60557-2
Mingus is the tenth studio album by Canadian singer-songwriter Joni Mitchell, and a collaboration with composer and jazz musician Charles Mingus. Recorded in the months before his death, it would be Mingus's final musical project; the album is wholly dedicated to him. Mingus was released on June 13, 1979. The album is quite experimental, featuring minimalist jazz, over plucked, buzzing acoustic guitars, and even wolves howling through "The Wolf That Lives In Lindsey". All of the lyrics are by Mitchell, while the music for four of the songs was composed by Mingus, three being new tunes, a fourth being his tribute to saxophonist Lester Young from his 1959 classic Mingus Ah Um, "Goodbye Pork Pie Hat", for which Mitchell wrote a set of lyrics. As with the release preceding, Don Juan's Reckless Daughter, Mitchell hired personnel from jazz fusion group Weather Report, notably bassist Jaco Pastorius to play on the sessions. Mingus would also mark the first reunion of saxophonist Wayne Shorter and pianist Herbie Hancock in the studio since recording together on Shorter's seminal Native Dancer album, featuring Milton Nascimento, released in September 1974.
70s Folk Fusion Jazz Lossless Rock Vocal Jazz Folk-Jazz Jazz-Rock Singer-Songwriter Jazz Rock Folk Jazz CD-Rip + Scans FLAC MP3
Details 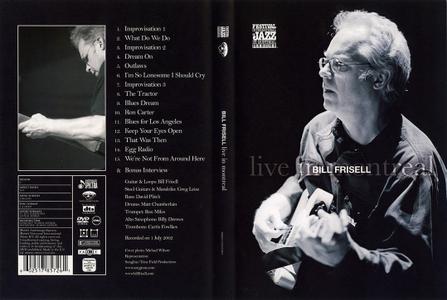 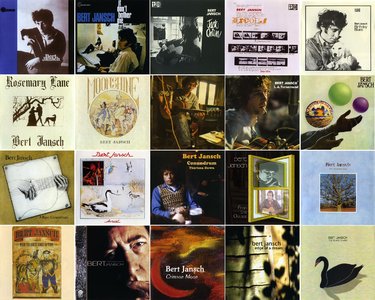 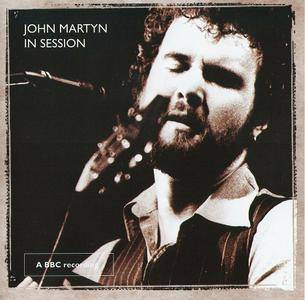 John Martyn - In Session: A Live BBC Recording 1973-1978 (2006)
EAC | FLAC | Image (Cue&Log) ~ 419 Mb | Mp3 (CBR320) ~ 199 Mb | Scans included
Label: Universal Music / Island | # 9841963 | Time: 01:10:52
Singer/Songwriter, British Folk, Psychedelic, Folk-Rock
2006 CD featuring all 16 of the surviving sessions this Scottish-born Folk legend recorded for the Bob Harris and John Peel radio programs at the BBC between 1973 and 1978. Martyn began his career as a teen in the late '60s and has become one of the most innovative and influential artists to come from the original British Folk scene. Features rare versions of tracks from his Inside Out, Solid Air, Sunday's Child and One World albums including 'Inside', 'Beverley', 'May You Never', 'Fine Lines', 'My Baby Girl', 'Over the Hill', 'One Day (Without You)' and more.
2000s British Folk Folk Folk Jazz Folk Rock Folk-Rock Guitar Virtuoso John Martyn Lossless Psychedelic Rock Singer-Songwriter CD-Rip + Scans FLAC MP3 Live
Details 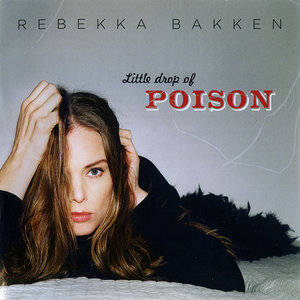 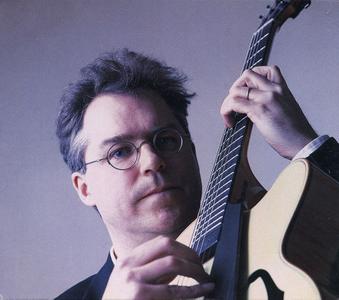 The vague country elements long dwelling on the fringes of Bill Frisell's music rise to the forefront on Nashville, an exquisitely atmospheric collection recorded in Music City with the aid of dobro legend Jerry Douglas, Union Station members Adam Steffey and Ron Block, and Lyle Lovett & His Large Band's bassist Viktor Krauss. Produced by Wayne Horvitz, the record is both genuine and alien – while played with real affection for the country form and without any avant posturing, its sound is original and distinct, a cinematic variation on C&W tenets. While primarily instrumental and comprised largely of Frisell originals, Nashville does welcome vocalist Robin Holcomb for a pair of more traditional numbers – Hazel Dickens' "Will Jesus Wash the Bloodstains from Your Hands" and the Skeeter Davis hit "The End of the World" – as well as a cover of Neil Young's "One of These Days." 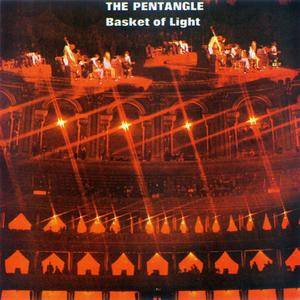 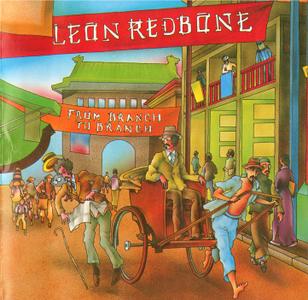 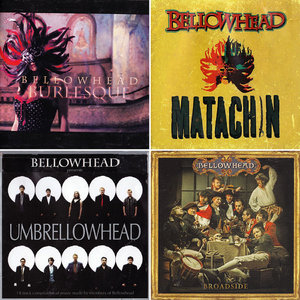 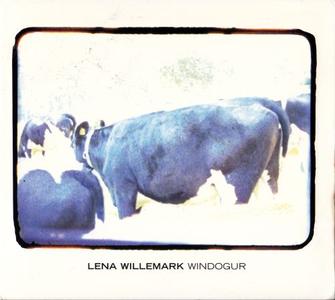 Influenced by a wide variety of music, Lena Willemark has not been afraid to take chances – and the Swedish folk-pop singer takes her share on Windogur. This introspective effort, recorded in Stockholm in 1999, underscores Willemark's eclectic, unpredictable nature and showcases how many different styles of music have affected her. Swedish folk is her foundation, but Willemark is no purist and liberally incorporates elements of pop and post-bop jazz. In fact, two of the musicians she employs on Windogur – pianist Bobo Stenson and bassist Palle Danielsson – are Swedish jazz musicians who command a lot of respect in European jazz circles. There are also traces of East European and Middle Eastern music on some of the material. As experimental and risk-taking as Willemark is, Windogur never sounds forced or unnatural – all of the selections sound very organic, and Willemark has no problem bringing them to life.