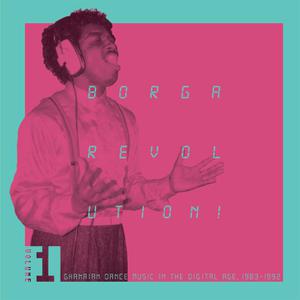 Kalita are proud to unveil the first ever compilation focussing on the phenomenon of ‘Burger Highlife’, a crossover of West African melodies with synthesizers, disco and boogie that took over Ghanaian airwaves during the 1980’s and beyond. Highlighting key recordings from genre-defining artists including Thomas Frempong and George Darko, as well as more obscure sought-after tracks by elusive bands such as Aban and Uncle Joe’s Afri-Beat, Kalita come to the rescue of audiophiles, DJs and music-lovers alike with ‘Borga Revolution!’ Spread over a double-LP housed in a gatefold sleeve. 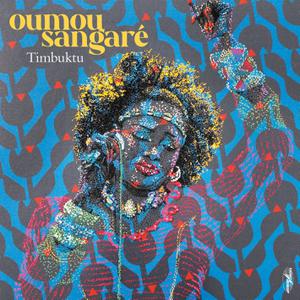 Sangare' is renowned worldwide for her vibrant and powerful music, which often features revolutionary messages about women’s rights, tradition and poverty. In her 30 year career she has won numerous awards, counts among her many notable fans Alicia Keys and Beyoncé (who sampled the classic ‘Diaraby Nene’ for her 2019 Lion King release), and, for her tireless work on social progress and cultural development holds the prestigious titles of Goodwill Ambassador to the UN’s Food & Agriculture organisation, Commander of the National Order of Mali and Chevalier of Culture in France. ‘Timbuktu’ is a stunning collection of songs, fusing her distinctive Malian sound and voice with elements of blues, folk and rock – resulting in a timeless body of work, free from borders and genres. 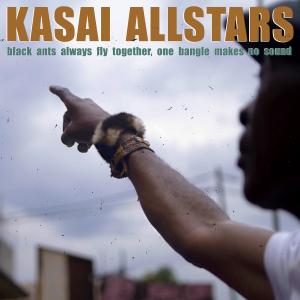 This 4th full-length album by the legendary Congolese collective marks a new milestone in their already rich history, as the band have incorporated their own approach to electronic music into their new compositions. 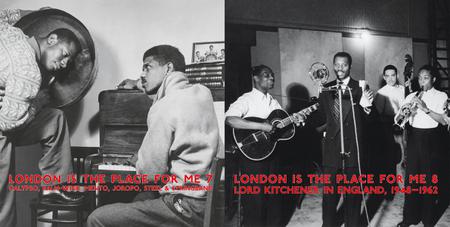 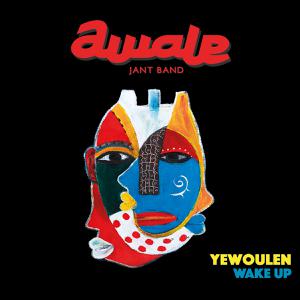 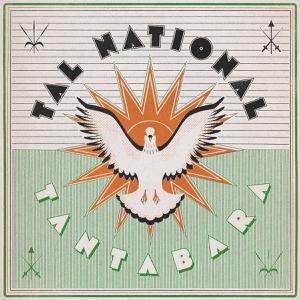 Gearing up for their third album for FatCat, Tal National look back on a fertile period spent further honing their sound and touring the US several times - leaving audiences sweaty and stunned time after time. They've laid down incredible sets at WOMAD and Roskilde, bringing the same intensity and jubilance to the festival set as they would a crammed club, converting the staunchest wallflower into a dancer for the night. At their core, that’s Tal National's intent, to make the people dance. Performances at their Niamey nightclub (yes they operate their own nightclub) are regularly raucous 5-hour non-stop dance parties for 300 people a night. With Tantabara the band continues their ongoing quest to translate that energy to tape, bottling the party for personal use. The grooves are the backbone of the album, and the intent is to create a trance-state that overwhelms conscious thought and lets the listener be surrounded by the energy and emotion of Tal National. Brimming with the band’s complex, intense spirit, the album is a continuation of the balance of tradition and innovation that have driven their previous albums. It’s a joyous celebration and euphoric epiphany all in one complex package. We'd expect nothing less at this point from Tal National. 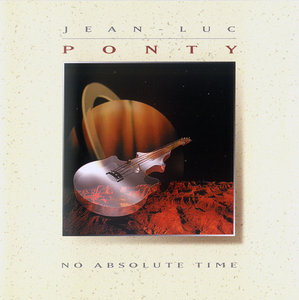 A switch back to Atlantic finds Jean-Luc Ponty continuing to dabble in West African waters while re-establishing his earlier solid base in repeating sequenced patterns. The electronics are back, for Ponty splits his time between the electric violin and various synthesizers and sequencers while Abdou M'Boup and Sydney Thiam add African percussion, which often takes a back seat to the electronics as the rhythmic basis for the music. This time, though, the material Ponty has composed isn't as compelling as it had been in the past; at times, Ponty sounds like he is very competently treading water (though "Blue Mambo" has a compelling groove). Yet despite all of the changes Ponty has put himself through, his music still has a Continental elegance that cannot be mistaken for that of anyone else. 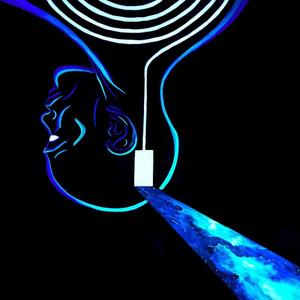 Theon Cross' new album, Intra-I, finds the gifted tuba player and composer creating a sound system powered by breath. This unique record is an uplifting celebration of Black music that, thanks to Cross' pioneering approach, helps to redefine the sonic possibilities of the tuba. Reflecting his own heritage, the young virtuoso melds jazz with dub, hip-hop, soca, grime and other sounds connected to the Afro-Caribbean diaspora. Additionally, the record - which features Remi Graves, Shumba Maasai, Afronaut Zu, Ahnansé, Consensus and Oren Marshall - is Cross' first music to include collaborations with guest vocalists, adding a further new dimension. 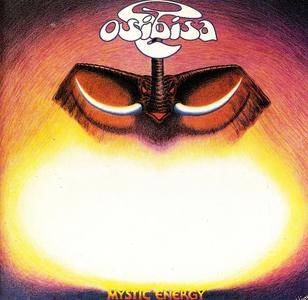 On this 1980 album, Osibisa drifted yet further toward an R&B dance-pop direction than they had on their previous studio record, Ojah Awake. Of course they weren't alone among popular recording artists in making concessions to disco during this era, and they didn't bury their African roots. It was still a somewhat dispiriting trend, and while much of the band's characteristic blend of African and Western influences remained intact, the songs – all of them around five minutes long, and relying on grooves more than content – were kind of blah. "Celebration" is about as close to a conventional soul-funk-disco track as the band got, and seems more like an Earth, Wind & Fire outing than an Osibisa one. At other points, the elements get more eclectic, creative, and (by Western pop standards) exotic; "Africa We GoGo" is reasonably convincing Africanized funk. 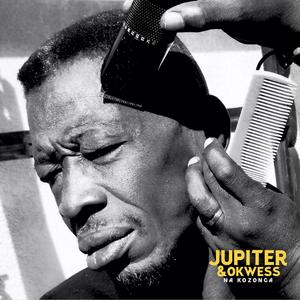 Hailing from the Democratic Republic of the Congo, Afropop, funk, rock and jazz outfit Jupiter & Okwess returns with the explosive ‘ Na Kozonga’ album, a blast of energy that bewitches the body and feeds the spirit . Their latest invites guests from around the world. 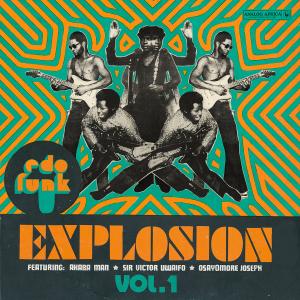 It was in Benin City, in the heart of Nigeria, that a new hybrid of intoxicating highlife music known as Edo Funk was born. It first emerged in the late 1970s when a group of musicians began to experiment with different ways of integrating elements from their native Edo culture and fusing them with new sound effects coming from West Africa ́s night-clubs. Unlike the rather polished 1980's Nigerian disco productions coming out of the international metropolis of Lagos Edo Funk was raw and reduced to its bare minimum. 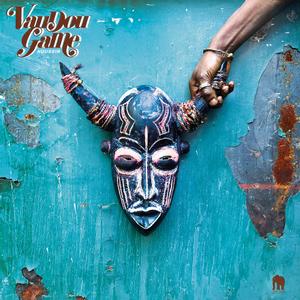 African, funky, sarcastic, bewitching, green, ecstatic: these words collide to describe Vaudou Game and all of them are true. «Noussin» is the fourth album of the french Afro Funk band. Forced into lockdown, like much of the planet, Peter Solo and his Vaudou Game had no choice but to retreat into the studio. A reunion to once again invoke the spiritual forces of the Voodoo Deities. A reunion that was Initially imagined for an EP…yet these spiritual forces behind that imagination yearned for something more, and as we all know, these forces are impossible to push away once they have decided to stay. 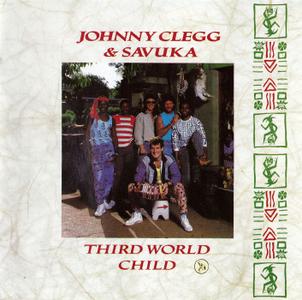 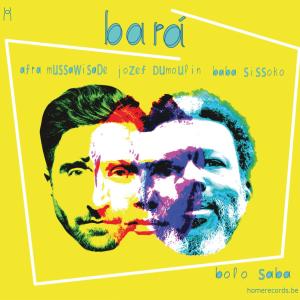 The musicians of Bará, nomads on the planet, touring since decades with varios international projects. They have all met and played together in other formations for many years, but co- create now for the first time in Bará. 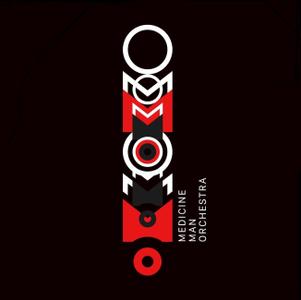 «Medicine Man Orchestra» is a sensory journey through the spiritual worlds of West African griots. It explores the emotional and medicinal power of music and words across borders and throughout history.