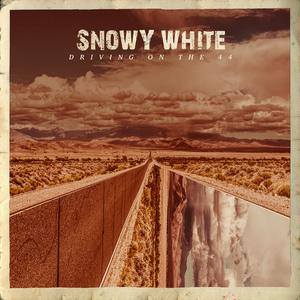 Snowy White is one of a handful of classic blues-orientated British electric guitar players - musicians whose sound, technique and style has echoed the originality of the blues with the excitement of contemporary rock. He has developed his own style of 'English' blues, a combination of clear, clean blues phrases and harder-edged riffs that are a recognisable feature of his very personal songs. Driving On The 44 is a further example of how he has matured and developed over the years. Ten great tracks of relaxed riffs, cool grooves and soulful blues. Snowy White is a man who has nothing to prove but who can still play hot and smoky guitar. Check out the soaring solo on 'Keep On Flying,' the long and edgy workout on 'Blues 22', the mellow guitar sounds on 'Freshwater', and the expressive 'Longtime Blues'. Snowy White - it's all in the music! 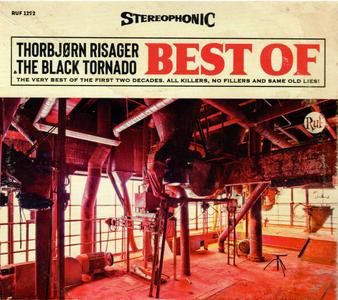 From his first appearance on the radar back at the turn of the century, when a handful of Danish blues pub-crawlers discovered a diamond in the rough on the circuit of Copenhagen, Thorbjorn Risager's meteoric rise has rarely allowed him the time to look back over his shoulder. Instead, for this critically acclaimed songwriter, once-in-a-generation singer, expressive guitarist, and bandleader of the mighty Black Tornado, it has been a career with his eyes fixed on the horizon, the next town, the next show, the next song, the next album. Comprising two volumes and 25 songs, representing the best of Risager's eleven studio and live albums to date, this compilation invites you to take the scenic route through the career of a fascinating modern bluesman. 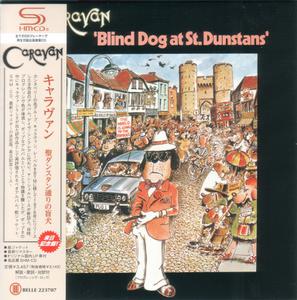 Blind Dog at St. Dunstans is the seventh studio album by Canterbury Scene rock band Caravan. It was released in 1976. This album has a lighter feel than Caravan's previous releases, shifting toward shorter, "poppier" songs. The lighter feel is due in part to the prominence of Pye Hastings on the album. He wrote and sang eight of nine songs. Moreover, Jan Schelhaas had replaced Dave Sinclair on keyboards, moving away from lengthy organ-based instrumentals toward piano and synthesizer. 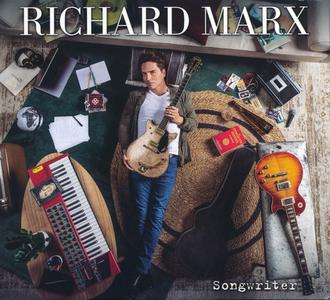 Songwriter is the thirteenth studio album by American singer/songwriter and record producer/arranger Richard Marx, released on September 30, 2022. Showing the range of his songwriting abilities, 'Songwriter' contains twenty tracks crossing four different musical genres so people can connect with the project and experience the 'four sides of Richard Marx'. Five pop songs, five rock songs, five country songs and five beautiful ballads. For this album, Marx worked with many other songwriters, including his sons Lucas and Jesse, Keith Urban, Darius Rucker, Burt Bacharach and Chris Daughtry among others. 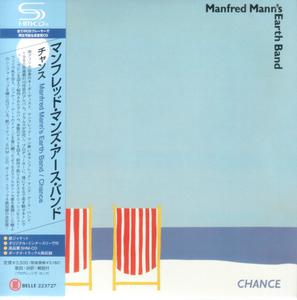 Manfred Mann's 1980 album is a strange mix of topical songwriting, progressive rock, and power pop – from its opening seconds, the Earth Band is pressing serious messages and social commentary on their listenership amid swirling prog rock keyboards and catchy guitar hooks and choruses. The whole package is challenging in ways that should have put them on the cutting edge of rock music at the outset of that decade, but one suspects that Mann and company were too musically adept and sophisticated for their own good – a little dumbing down and maybe a little less musicianship on display would have made them more accessible to the coming MTV generation. 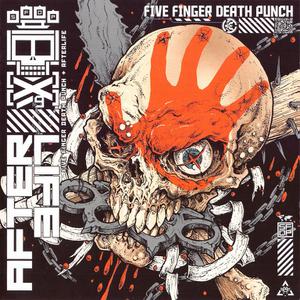 Multi-platinum hard rock powerhouse Five Finger Death Punch release 'AfterLIfe', their highly anticipated new studio album. Having amassed over 8 billion streams, the band's highly anticipated follow-up to their 2020 release 'F8', which debuted at no. 1 on rock charts around the world with Top 10 mainstream chart debuts in the UK, USA, Austria, Australia, Canada, Finland, Germany, Sweden, Switzerland and more, implores fans to fight for their rights to be unapologetic and straightforward about their opinions. The song 'IOU' questions if it's better to serve in heaven or reign in hell, giving listeners an introspective look at what societal pressures to back down on their viewpoints could result in. 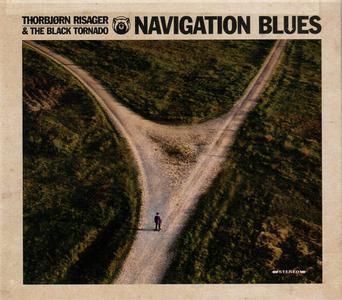 Denmark's premier roots-rockers Thorbjørn Risager & The Black Tornado have announced they have signed to Provogue / Mascot Label Group; home to Joe Bonamassa, Beth Hart, Kenny Wayne Shepherd, Walter Trout and more. The multi-award-winning band will release their brand-new album Navigation Blues on September 30. It's filled with songs ranging from sepia-tinged pre-war blues stomps to a soundtrack to a glorious dusk desert sunset, all sprinkled with a fizzing coolness that puts its foot on the pedal and rides off into a Tarantino horizon. 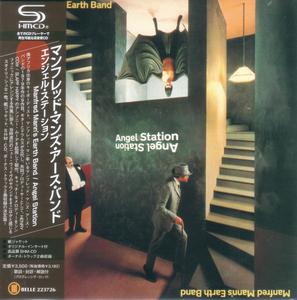 Vocalist Chris Thompson's last album with Manfred Mann's Earth Band is dressed up in Mann's beautiful keyboards. Angel Station has some key moments – "You Angel You," a Bob Dylan tune that sounds nothing like Dylan, and not the way their Top Ten version of "Quinn the Eskimo"/"The Mighty Quinn" was reinvented. "You Angel You" has a strong hook with topnotch Anthony Moore production work, and it melts into the title track of Harriet Schock's landmark Hollywood Town album, the source of Helen Reddy's "Ain't No Way to Treat a Lady." The Manfred Mann version is interesting, and explores the possibilities of the composition, though Schock's version is perfect country-pop and hard to top. It is nice to see a rock band with such good taste. 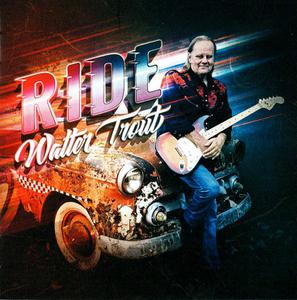 At 71, bluesman Walter Trout has lived an extraordinary life. From his teens with Big Mama Thornton and John Lee Hooker to Canned Heat and John Mayall, he found fame and learned some bad habits. A life-saving liver transplant in 2013 resulted in a long recovery. The experience added depth and dimension to his songwriting. He gave us hints of that growth on 2019's Survivor Blues and 2020's Ordinary Madness, but his maturity as a songwriter is showcased fully on Ride, his 30th album. Given his health history, Trout took extra precautions during the pandemic; he spent it alone in a Huntington Beach, California bungalow. He read, listened, practiced, and composed these 12 songs, then demoed them. After the U.S. reopened, he gathered his road band in the studio. 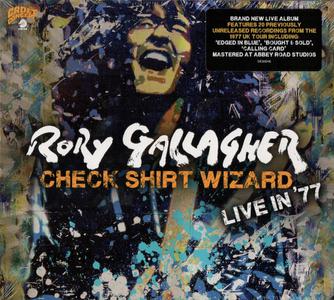 Rory Gallagher's most successful albums are his live ones. He was an artist that came alive when onstage and this album covers a previously undocumented live period. This barnstorming 20-song, previously unreleased set is culled from four shows (London, Brighton, Sheffield and Newcastle) which were part of a 1977 tour across the UK in support of Rory’s then latest album 'Calling Card'. Featuring fantastic live versions of tracks from that album as well as from 1975’s 'Against The Grain' and other live favourites, has been mixed from the original multitrack tapes from the official Rory Gallagher archive and mastered for this release at Abbey Road Studios. Cover art by Irish graffiti artist Vincent Zara. 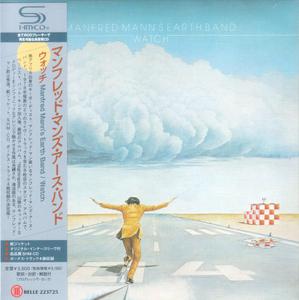 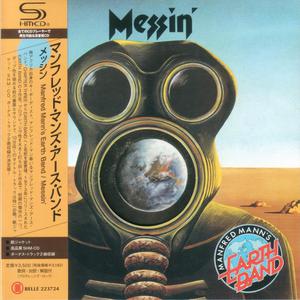 Opening with Mike Hugg's title track, which builds on Mick Rogers' intense riffing and the killer vocals of Vicki Brown, Judith Powell, Liza Strike, and Ruby James, Messin' is pretty intense and involving from its very first bars. It's also damned topical and serious, for all of the free-wheeling rock & roll spirits and the progressive rock complexities that go into the playing. And the result is a spellbinding whole, featuring some astonishing keyboard flourishes by Manfred Mann himself (who ventures into Rick Wakeman and Keith Emerson territory on "Buddah," even as the rest of the band seems to be emulating Deep Purple) and killer guitar from Mick Rogers, while Colin Pattenden and Chris Slade lay down the rhythm section like a pair of articulate pile-drivers. 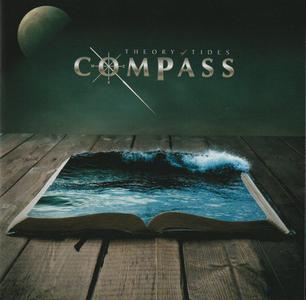 High on the momentum from the first album, and also restricted to only studio work due to the pandemic Steve set about constructing songs within a concept for the second album. Compass are very proud to introduce you to the "Theory Of Tides" a concept album based on the life, works, and inner turmoil of the famous astronomer and scientist Galileo Galilei. It follows in the Compass tradition of creating mindscapes both musically and lyrically taking the listener through a journey that encompasses Galileo's life. "Theory Of Tides" shows that Compass are a developing band and becoming even more in tune with each other as writers and performers. The musical arrangements and production also reflect this natural evolution. 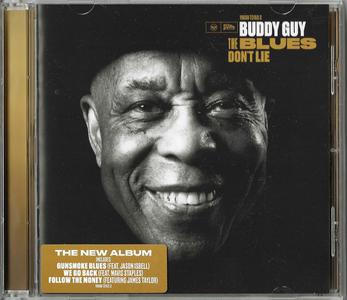 The Blues Don’t Lie is the amazing new album from Buddy Guy, and is the legend’s 34th studio album, and the follow up to 2018’s Grammy winning album The Blues Is Alive and Well. Produced by songwriter/drummer Tom Hambridge, The Blues Don’t Lie features guests including Mavis Staples, Elvis Costello, James Taylor, Jason Isbell, and more. The album will be released exactly 65 years to the day that Buddy Guy arrive in Chicago on a train from Baton Rouge, Louisiana in September of 1957, with just the clothes on his back an his guitar. His life would never be the same, and he was born again in the blues. The Blues Don’t Lie tells the story of his lifelong journey. Reflecting on this body of work, Buddy says “I promised them all: B.B., Muddy, Sonny Boy as long as I’m alive I’m going to keep the blues alive.” He has indeed proven that again, and proclaims, “I can’t wait for world to hear my new album cause The Blues Don’t Lie.” 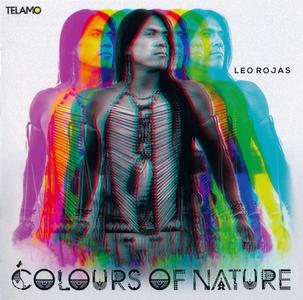 Leo Rojas is called the "pop star of panflaita". Colors of Nature is Rojas' sixth album. It was released on May 6, 2022. In the new album, Leo Rojas somewhat moved away from the ethnic motifs of Latin American Indians, which were filled with his previous works, and focused his attention on modern popular music. Colors of Nature is a mix of native sounds and world hits. The musician's music and performance style have already been recognized by both critics and numerous fans. Now it's your turn to evaluate the new work of the flute master Pan.