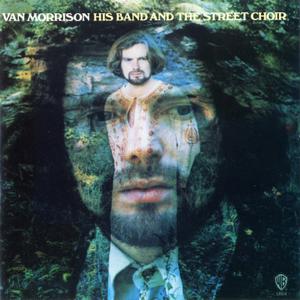 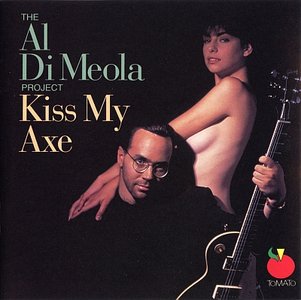 Despite the aggression its title implies, Kiss My Axe is the work of a softer, more reflective Al di Meola, who had become greatly influenced by Pat Metheny's subtle lyricism, but still had a very recognizable and distinctive sound. Di Meola's new approach was perfectly summarized when, in 1991, he told Jazz Times he wanted to be "enchanted" by the music instead of dazzling listeners with his considerable chops. Di Meola still has fine technique, but avoids overwhelming us with it, and shows more restraint than before. 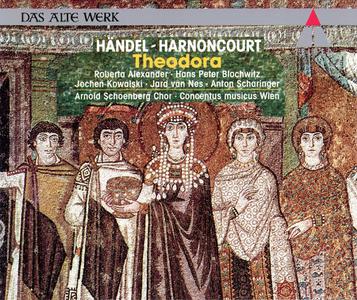 Theodora was Handel's last oratorio but one. He composed this large-scale work in just over a month in the summer of 1749 and it was premiered in March the following year in the Theatre Royal in Covent Garden. Only Jephtha was to follow two years later. Handel valued Theodora very highly and stated that the chorus that ends act II, He saw the lovely youth, was the favourite among his own compositions. 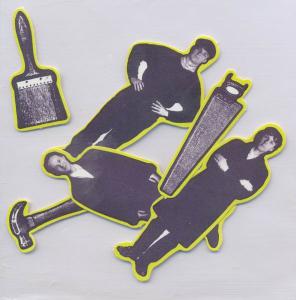 Miriodor have dropped from a four piece to a trio on this album. The violinist is gone yet this is still in a similar style to their previous self titled record. It's maybe not quite as samey as that one and thankfully it's about 30 minutes shorter too. So we get drums, sax and piano while each member doubles up on synths. If you like the instrumental complexity and power of Univers Zero, coupled with that band’s lack of any mainstream influence, chances are you’ll find 3rd Warning to your taste. And even if you’re a novice to the RIO sound and are looking for a place to start, Miriodor is probably the best place. They combine musical prowess and creativity with a certain amount of accessibility. The result is a tightly composed 45 minutes of excellent progressive music. 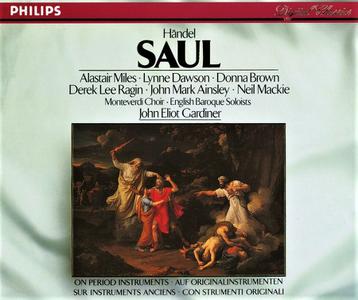 Saul is the fourth of Handel’s English oratorios, written in 1738–39 as his career as a composer of Italian opera was drawing to a close. His librettist was Charles Jennens, who would eventually provide texts for L’allegro, Messiah , and Belshazzar. It is clear that, in the wake of a failed subscription to an Italian opera season, Handel intended Saul to take London by storm. The score calls for a huge orchestra, including trombones, carillon, a large organ, and double-bass kettledrums. This splendid recording, first issued in 1991, is of a live performance originally presented at the Göttingen Handel Festival in June 1989. 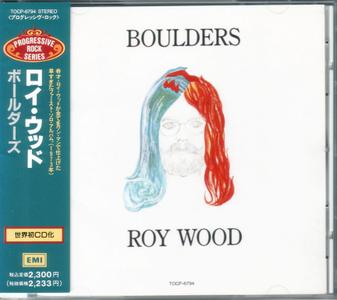 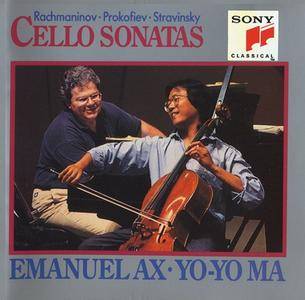 The prize here is the Rachmaninoff cello sonata, a warm, hyper-Romantic musical tapestry that gives both the pianist and cellist a major workout. Ma is a superb chamber-music player, as is Ax. Both offer the kind of artistic give-and-take that a great performance of this music requires, while neither weighs the music down with excessive indulgence. The Prokofiev, a very different sort of musical beast, is a much lighter work, but it's done no less well. This is one of Ma's best chamber-music discs. 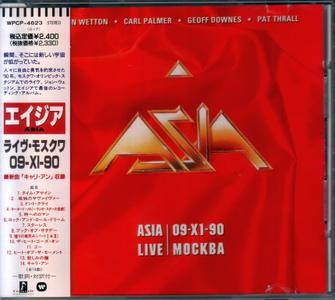 Well played, fresh sounding, and highly energetic, Asia's Live in Moscow proved to be their best on-stage album, captured during their 1990 European tour. Featuring John Wetton, Carl Palmer, Geoff Downes, and newcomer Pat Thrall (most notably from the Pat Travers Band) replacing Steve Howe on guitar, the band sounds enthusiastically sharp where it matters most. Howe's absence is indeed apparent, but the band comes through on the biggies like "Heat of the Moment" and "Only Time Will Tell," while giving secondary hits like "Don't Cry," "Go," and "Time Again" new life. Geoff Downes teases the audience throughout his keyboard solo, playing an acoustical version of "Video Killed the Radio Star" from his days with the Buggles. 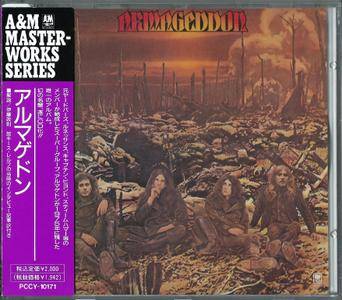 Cynics who perceive many super-groups as nothing more than bloated extrapolations of, at times, perfectly mundane musical components, can back up their assumptions with Armageddon's eponymous debut from 1975. The first and final spawn of the would-be-super-group featuring former Yardbird vocalist Keith Relf, erstwhile Captain Beyond drummer Bobby Caldwell, ex-Steamhammer guitarist Martin Pugh, and Relf's Renaissance partner, bassist Louis Cennamo, the album contains a meager five tracks – four of which extend beyond the eight-minute barrier due to bouts of arguably unnecessary, self-indulgent waffling. On the other hand, this was the '70s, people, and of course this sort of excess was par for the course, back then. 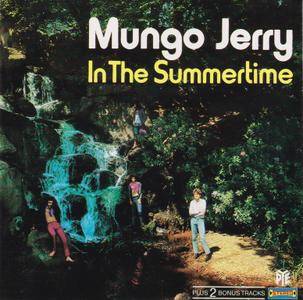 Mungo Jerry - In The Summertime (1970) {1991, Reissue}
EAC Rip | FLAC (Img) + Cue + Log ~ 371 Mb | MP3 CBR320 ~ 146 Mb
Full Scans | 00:56:05 | RAR 5% Recovery
Pop Rock, Psychedelic Rock, Folk Rock, Classic Rock | Repertoire Records #REP 4177-WZ
"Mungo Jerry" is the debut album by Mungo Jerry, released in 1970. Mungo Jerry are a British rock group whose greatest success was in the early 1970s, though they have continued with a changing line-up that has always been fronted by Ray Dorset. The group's name was inspired by the poem "Mungojerrie and Rumpelteazer", from T. S. Eliot's Old Possum's Book of Practical Cats. They are identified with their biggest hit "In the Summertime". It remains their most successful and most recognisable song. They had nine charting singles in the UK, including two number ones, and five top 20 hits in South Africa.
Mungo Jerry Rock Pop Rock Psychedelic Rock Folk Rock Classic Rock Lossless FLAC MP3 CD-Rip + Scans 70s 1970 90s 1991
Details 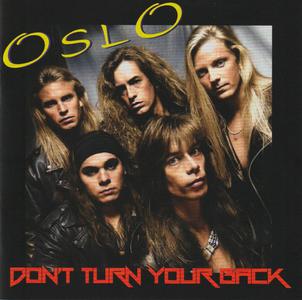 Lars Kolshus (DE STRESSLESS) was twenty years old when he moved from Oslo, Norway, to the United States of America. Lars flew into New York City’s JFK Airport in the summer of 1986 and spent his first night in the USA at the local YMCA. Lars then traveled to Boston, Massachusetts, where he attended Berklee College of Music. Lars was a multi-talented musician who played bass guitar, keyboards, and drums. Lars saw an ad in a Boston music paper by guitarist/songwriter Mike McManus (UNCLE MOONDOG, QUEEN NATION, BOOGIE NIGHTS) who was looking for a band. Lars was hesitant to call, but his wife encouraged him to contact Mike. 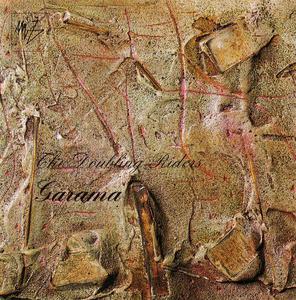 Started as a project between Francesco Paladino and Pier Luigi Andreoni, The Doubling Riders quickly grew into a collection of sounds that ranged between new age, folk, electronic music and balls to the wall experimentation. "Garama" was originally released on Il Museo Immaginario in 1991. The Doubling Riders make trippy music, their compositions oscillate between a soundtrack to a meditation session and a blissful look at a potentially never-ending painting. This is a wonderfully evocative album of old school , synth infused ethno-ambiance of the highest caliber. A concept album of sorts, it references the ancient Saharan kingdom of the Garamantes, who lived in what is now central Libya. Eerie, melodic, mysterious… 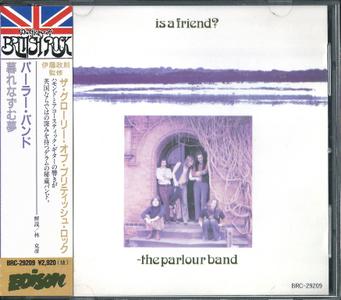 The British group the Parlour Band sounded slightly like a much more mainstream, less art-rock-inclined Yes on their sole LP, 1972's little-known Is a Friend. Several members later played in A Band Called O, also sometimes referred to as O Band. Parlour Band's only LP is progressive rock-tinged mainstream early-'70s British album-oriented rock, competent but no more than that. Both keyboard and guitar parts take a strong role, and there's a bit of the multiple tempo changes and classical-tinged organ burble of bands like Yes in songs like "Forgotten Dreams." Some other songs steer well clear of art rock, though, "Pretty Haired Girl" coming across like prototypical early-'70s mellow California harmony rock. Even when it doesn't sound as Californian, though, the album's a pretty laid-back affair and, though it's agreeable, it's lacking in both power and first-rate songs. 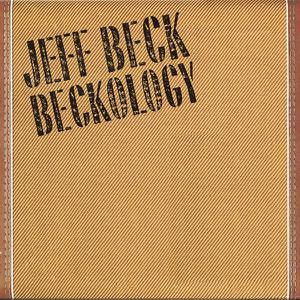 Jeff Beck - Beckology (1991)
EAC Rip | FLAC (tracks, cue, log) - 1.2 GB | MP3 CBR 320 kbps - 597 MB
3:45:50 | Full Scans Included | Rock, Blues Rock, Jazz-Rock | Label: Epic
This triple-CD set – obviously modeled after the four-CD Eric Clapton Crossroads box – was the first attempt to survey Jeff Beck's entire career. In actual fact, that would be a hopeless task, given the amount of anonymous session work that the guitarist did circa 1964-1966, but Beckology still manages to touch a few unexpected bases, even as it strings together all of the obvious and most of the important sides in Beck's output. Disc one opens with the most alluring part of the entire set, three demo tracks left behind by Beck's 1963-1965 group, the Tridents; the first official releases by this band are of far more than academic interest, presenting a first-rate blues/R&B outfit supercharged by Beck's guitar and Ray Cook's drumming, doing killer Jimmy Reed and Bo Diddley material, and even showing off Beck's prowess as a singer.
Jeff Beck 1991 Box Sets CD-Rip CD-Rip + Scans FLAC MP3 Lossless Rock Blues Rock Jazz-Rock 60s 70s 80s
Details 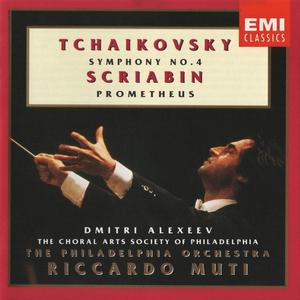 The Fourth Symphony was written at a particularly crucial point in Tchaikovsky’s life. 1877 was not only the year of his disastrous marriage but also the year in which he began his fifteen-year correspondence with his patroness Nadezhda von Meck. The F minor Symphony has always been a popular work with its muscular and melodic writing. Infused throughout the score is the sense of ‘fate’ which Tchaikovsky believed controlled his destiny as he described in a letter to Madame von Meck, “the fateful force which prevents the impulse to happiness from achieving its goal … which hangs above your head like the sword of Damocles.”