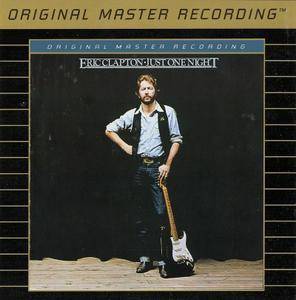 Although Eric Clapton has released a bevy of live albums, none of them have ever quite captured the guitarist's raw energy and dazzling virtuosity. The double live album Just One Night may have gotten closer to that elusive goal than most of its predecessors, but it is still lacking in many ways… 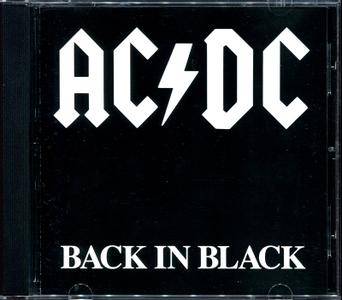 The first sound on Back in Black is the deep, ominous drone of church bells – or "Hell's Bells," as it were, opening the album and AC/DC's next era with a fanfare while ringing a fond farewell to Bon Scott, their late lead singer who partied himself straight to hell… 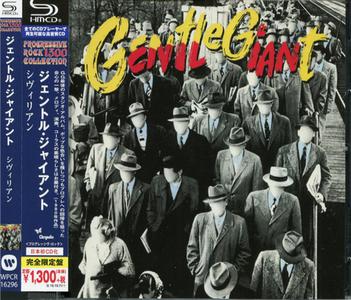 Civilian is the eleventh and final studio album by the British band Gentle Giant, released in 1980. It was recorded at Sound City Studios in the Van Nuys neighborhood of Los Angeles with former Beatles engineer Geoff Emerick… 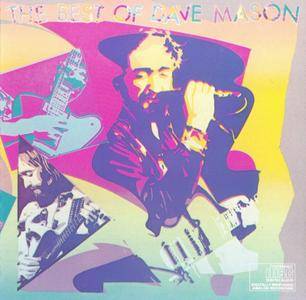 The 1981 Columbia compilation album The Best Of Dave Mason was a ten-track disc that included the four Mason singles which had hit the upper half of the charts in 1977 and '78–"So High (Rock Me Baby And Roll Me Away)," "We Just Disagree," "Let It Go, Let It Flow," and "Will You Still Love Me Tomorrow"–plus some of Mason's better known album cuts from his Columbia albums and live versions of his older hits "Only You Know And I Know" and "Feelin' Alright?"… 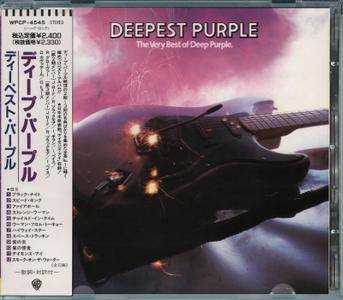 While they started out in the late '60s as a psychedelic band, delved into progressive rock, and even recorded an album in collaboration with the Royal Philharmonic Orchestra, Deep Purple achieved their greatest success as a strong, straightforward, hard rock band, anchored by the powerful guitar work of Ritchie Blackmore and the show-stopping vocals of Ian Gillan (and later David Coverdale). From 1970's Deep Purple in Rock to 1974's Stormbringer, Deep Purple were one of the most popular hard rock bands on Earth, and Deepest Purple: The Very Best of Deep Purple captures the band at the top of their form on some of their best-known songs… 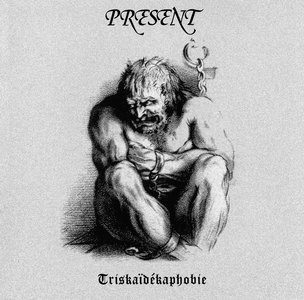 Present was the brainchild of Univers Zero guitarist Roger Trigaux, showing his compositional skills outside that band teamed up with UZ drummer Daniel Denis, bassist Christian Genet and the relatively unknown Alain Rochette on the keyboards… 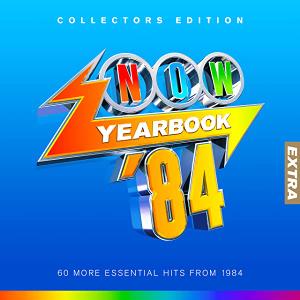 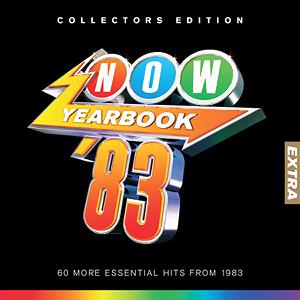 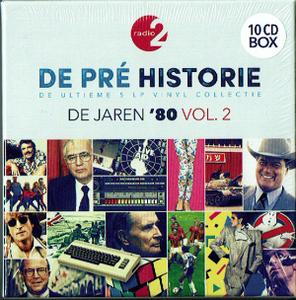 VA - De Pré Historie - De Jaren '80 Vol. 2 (2021)
EAC Rip | FLAC (tracks, cue, log, scans) - 5.2 GB | MP3 CBR 320 kbps - 1.8 GB
13:09:56 | Electronic, Hip Hop, Rock, Reggae, Funk, Soul, Pop, Rock, Disco
Label: Universal
THE PRE HISTORY is finally back!!! Fortunately, the legendary CD series based on the Radio 2 program of the same name by its driving force, Guy De Pré, will have a sequel to the beautiful 1980s! After the huge success of volume 1 which was #1 for weeks.
Again a luxurious gift box with no less than 10 CDs and an extensive booklet with texts and facts from each year. Guy De Pré wrote the lyrics and selected all tracks, some of which have never been compiled on previous Pré History CDs! Just like last year, they appear again in a limited vinyl box: 5 LPs with a selection of the best songs from the CD box.
De Pré Historie – the 1980s Volume 2, for example, is a special time document of a fantastic decade. More than 10 hours of music from the bands and artists that made the 80s so unique! Even bigger hits from eg. Queen, The Rolling Stones, Simple Minds, The Cure, John Lennon, Paul Simon, Elton John and much much more!
All this in a fresh new layout and a luxurious version that has been taken care of down to the last detail. De Pré Historie – the 1980s Volume 2 is an absolute favorite for every music lover.
Various Artists VA 80s 1980s CD-Rip + Scans FLAC MP3 Lossless Box Sets Electronic Hip Hop Rock Reggae Funk Soul Pop Disco
Details 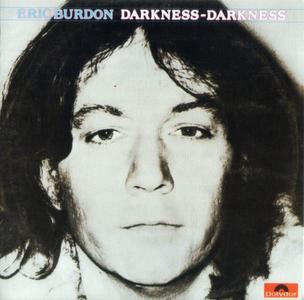 Darkness Darkness is an album by the former vocalist from The Animals, Eric Burdon. It was recorded in May 1978 at Roundwood House, County Laois in Ireland, using Ronnie Lane's Mobile Studio. The album was released by Polydor in 1980… 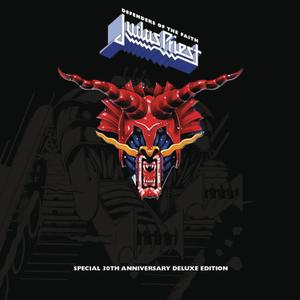 Defenders of the Faith is the ninth studio album by English heavy metal band Judas Priest, released on 4 January 1984 by Columbia Records. The album was certified platinum by the RIAA, and spawned the singles "Freewheel Burning", "Some Heads Are Gonna Roll", and "Love Bites". The 30th-anniversary release of the album (released in March 2015) came with a double CD of a live show recorded on 5 May 1984 at the Long Beach Arena in Long Beach, California on their Defenders of the Faith Tour and was originally recorded for a radio broadcast. 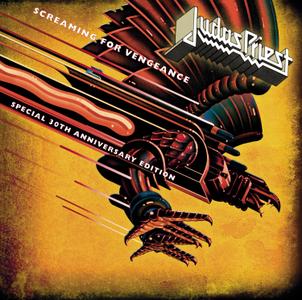 Screaming for Vengeance is the eighth studio album by British heavy metal band Judas Priest. It was recorded at Ibiza Sound Studios, Ibiza, Spain and mixed at Beejay Recording Studios and Bayshore Recording Studios in Coconut Grove, Florida. It was released on 17 July 1982. To celebrate the 30 year anniversary of this epic release, Judas Priest present you with SCREAMING FOR VENGEANCE SPECIAL 30TH ANNIVERSARY EDITION, containing the re-mastered original album plus live bonus tracks. As of the album's 30th anniversary in 2012, it remains the top selling release of Judas Priest's career. The album came 15th on IGN's 25 most influential metal albums. Screaming for Vengeance also came 10th on Metal-Rules.com's 100 greatest metal albums. Kerrang! magazine listed the album at No. 46 among the "100 Greatest Heavy Metal Albums of All Time". 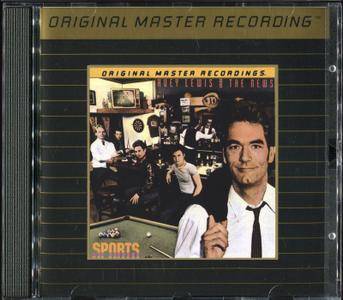 Picture This found Huey Lewis and the News developing a signature sound, but they truly came into their own on their third album, Sports. It's true that the record holds together better than its predecessors because it has a clear, professional production, but the real key is the songs… 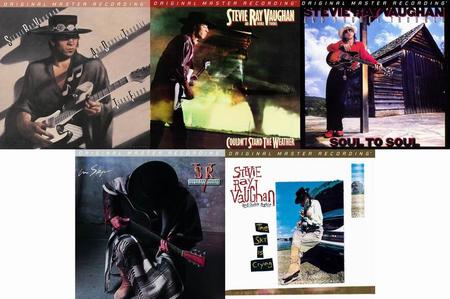 Stevie Ray Vaughan and his band Double Trouble formed the most impressive blues act of the 1980s, which made Vaughan's death in a helicopter crash at the start of the '90s all the more tragic. He grew up in Dallas, the younger brother of Jimmie Vaughan (cofounder of the Fabulous Thunderbirds). Stevie began playing in clubs at 12, and by 17 had dropped out of high school and moved to Austin. There followed years of struggling until April 23, 1982, when Vaughan and his group, Double Trouble, played a private audition for the Rolling Stones in New York. The gig led to an invitation to appear at the Montreux Jazz Festival, at which Vaughan was seen by David Bowie, who hired him to play guitar on his Let's Dance album, and Jackson Browne, who offered the free use of his recording studio…