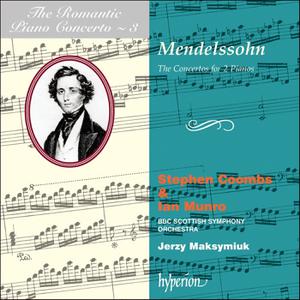 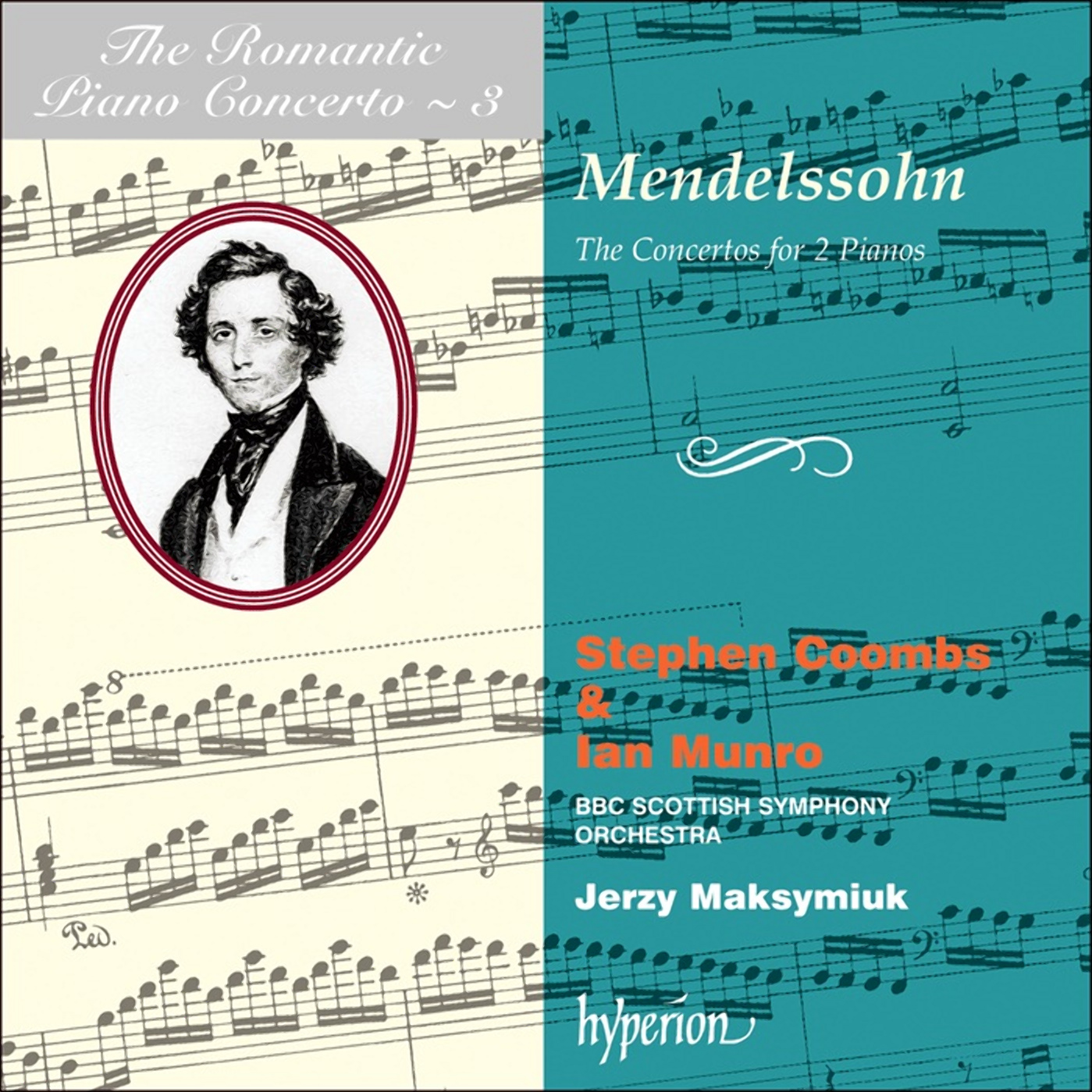 Felix Mendelssohn-Bartholdy (1809–1845) was a genius of quite extraordinary dimensions. He had reached full maturity as a composer by the age of sixteen (1825, the year of the String Octet), by which time he had also proved himself a double prodigy on both piano and violin, an exceptional athlete (and a particularly strong swimmer), a talented poet (Goethe was a childhood friend and confidante), multi-linguist, water-colourist, and philosopher. He excelled at virtually anything which could hold his attention for long enough, although it was music which above all activated his creative imagination.
Mendelssohn was an exceptionally gifted pianist, whose early studies under Ludwig Berger progressed at an astonishing rate. After hearing a recital given at home by the twelve-year-old boy, Goethe exclaimed: ‘What this little man is capable of in terms of improvisation and sight-reading is simply prodigious. I would have not thought it possible at such an age.’ When a companion reminded him that he had heard Mozart extemporize at a similar age, the great poet replied: ‘Just so!’ This was in 1821, by which time Mendelssohn had already composed a violin sonata, three piano sonatas, and two operas!
Mendelssohn’s mature piano style was derived not so much from the orchestral texturing of Beethoven and Schubert, as from the filigree intricacies of the German virtuoso piano school, represented principally by Hummel and Weber, further enhanced by a Mozartian emphasis on textural clarity. It was never Mendelssohn’s intention to push contemporary keyboard instruments beyond that of which they were comfortably capable, more to utilize those qualities for which they were best adapted—brilliant clarity in the treble register, and the ability to sustain a flowing, cantabile melody without undue bass resonance.
The major criticism levelled at the Two-Piano Concertos is their tendency to overstretch relatively fragile musical material, as, with two soloists to contend with, Mendelssohn had been keen to ensure that the music was shared equally, thus involving an unusual amount of repetition. It would hardly be fair to expect even Mendelssohn to have achieved the miraculous thematic concision and structural cohesion of the E minor Violin Concerto and G and D minor Piano Concertos at such an early age. 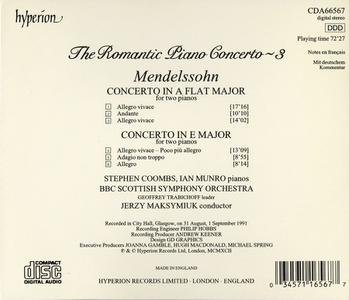 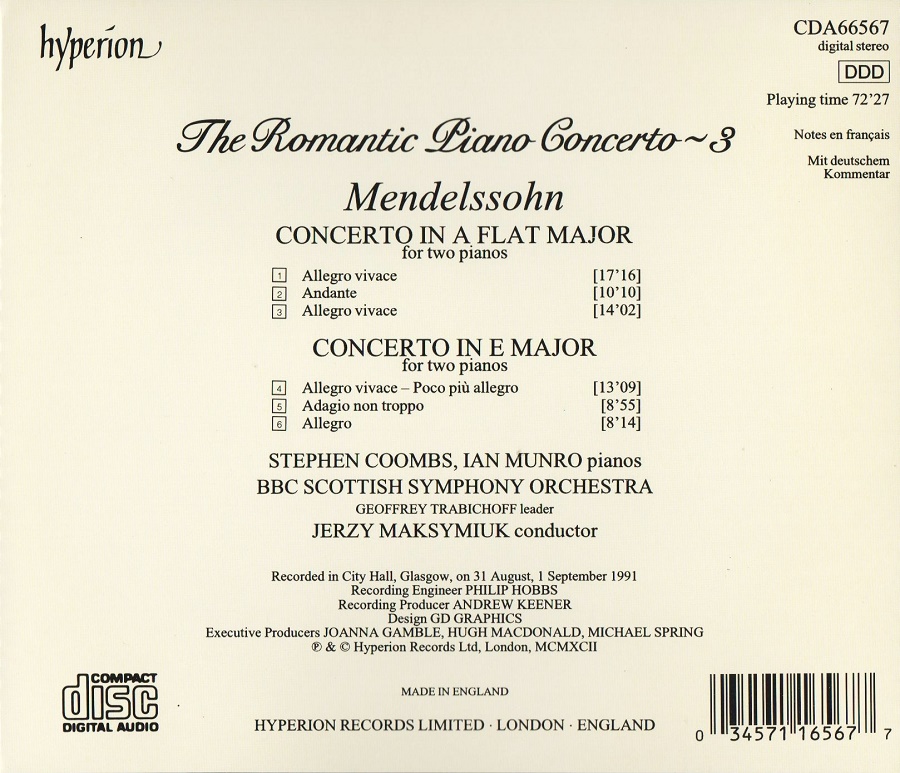 Thanks to the original releaser