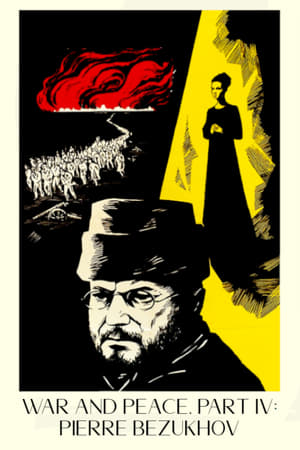 War and Peace, Part IV: Pierre Bezukhov (1967)
As Moscow is set ablaze by the retreating Russians, the Rostovs flee their estate, taking wounded soldiers with them, and unbeknownst to them, also Andrei. Pierre, dressed as a peasant, tries to assassinate Napoleon but is taken prisoner. As the French are forced to retreat, he is marched for months with the Grande Armée, until being freed by a raiding party. The French are defeated by Kutuzov in the Battle of Krasnoi. Andrei is recognized and is brought to his estate. He forgives Natasha on his deathbed. She reunites with Pierre and they marry as Moscow is being rebuilt.
Drama History Romance War