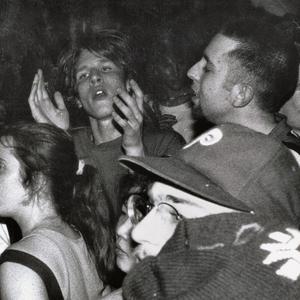 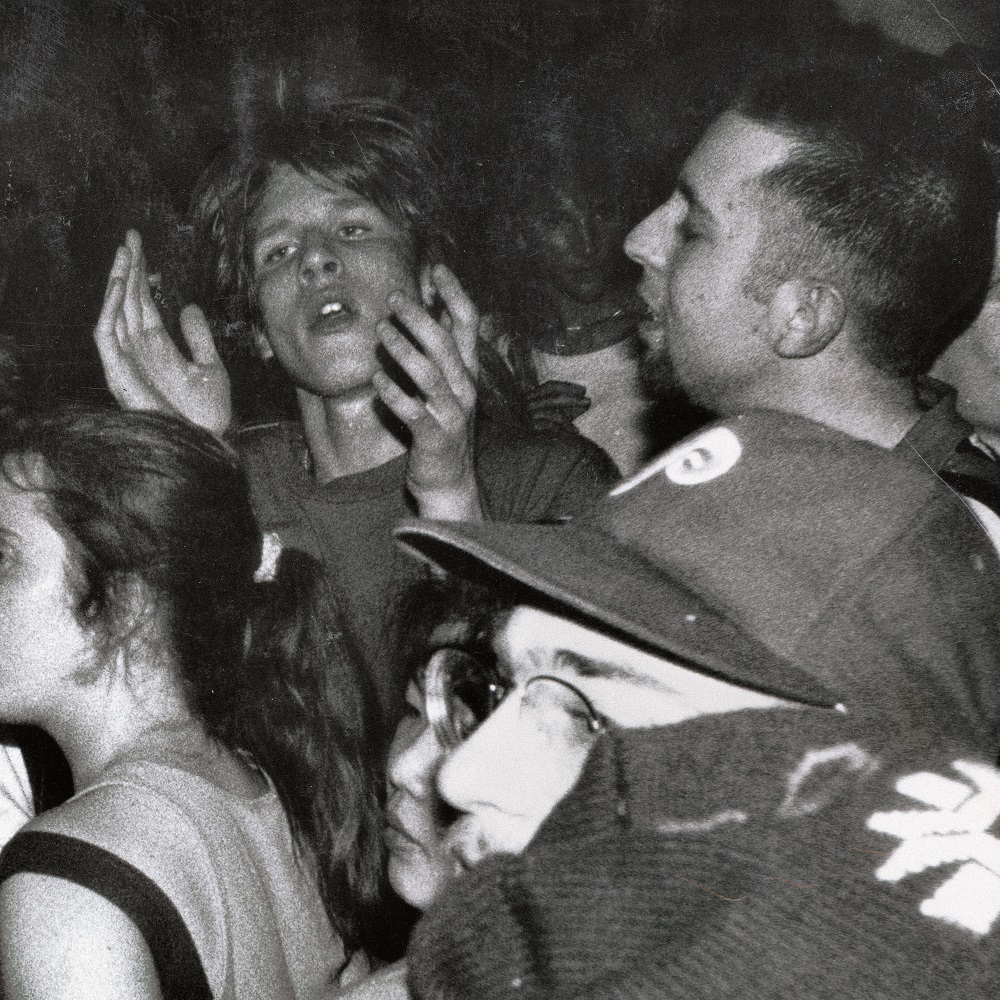 Jamie Hodge grew up in Chicago in a jazz-loving family, first forming a band when he was a teenager, using drum machines and keyboards to rattle thru covers of Joy Division and Ministry tracks. His sound progressed into dubbier spaces when he befriended Ted Gray, a local record store clerk, and into off-kilter jazz when he ran into Bundy K. Brown and David Grubbs, who let Hodge watch rehearsals of the first Gastr del Sol recordings. But the transformational moment came when a friend (pictured on the "Diagonals" cover no less) played Hodge the 1991-released "From Our Minds To Yours Vol. 1", the first compilation on Richie Hawtin and John Acquaviva's Plus 8 label. From here, Hodge took his growing obsession with dance music to early Chicago raves, and began to explore European techno and UK hardcore. Eventually he met Hawtin in person after convincing his mom to cut through Canada on the way back from visiting East Coast colleges, and released his Plus 8 debut by the time he'd moved into a college dorm in 1993, using the Born Under A Rhyming Planet moniker for the first time. Hodge was also immersed in Chicago’s famous experimental jazz scene of the ‘90s - later on establishing the short-lived but excellent Aestuarium label that brought the work of Philip Cohran And The Artistic Heritage Ensemble to wider attention.

Hodge would release two more 12"s for Plus 8, heading to Germany to connect with David Moufang (Move D) and forming Conjoint, later Studio Pankow. The material presented on "Diagonals" takes us right back to Hodge's vintage era, when he was using a mutating spread of equipment - Korg MS-20, Atari ST, Nord Micro Modular, ARP Axxe, Yamaha TG77 and TX816, and Alesis HR-16B - to assemble tracks that reached through his wide range of musical interests. According to Hodge, more Plus 8 releases were planned but never materialised, so this long overdue set fills in the gaps between records like 2000's classic Conjoint plate "Earprints" and Studio Pankow's still-underrated 2005 slow-burner "Linienbusse”.

‘Diagonals’ sputters to life with a Demdike Stare edit of a track Hodge recorded in Brooklyn while he was on summer break from college and working at a local record distributor. Inspired by music he'd seen at that year's New Music Seminar, he used an Atari ST and Yamaha TG77, a glassy FM module, to conduct a mood that hovers between '80s new age DIY tapes and gaseous dub techno. ‘Handley' digs into the tranquil electrified jazz modalities over a swung drum machine rhythm, squeezing robotic soul from a modest arsenal of gear, lashing the hypermelodic post-Detroit sensitivity of The Black Dog/Plaid to Chicago-axis experiments from Tortoise and Gastr del Sol. The shorter interludes are just as engrossing: Hodge experiments FM spray on 'Trampoline' and dusty Jan Jelinek-esque electroid funk on 'Menthol', ducking further into jazz on 'Hot Nachos…', augmenting his electronics with fretless electric bass.

Cherry-picked by DDS, the selection best portrays the mix of soulful depth and atmospheric effervescence that defined that elusive era in electronic music; spanning a late night spectrum of styles from dusty electro-acoustic ambient prisms to supple deep house pearls, with a special strain of gently frayed computer jazz touching on the outer limits of Detroit techno. It's exceptional material that reminds us of a time when electronic music was frothing over with hope, futurism and revolutionary spirit, so whether you're into the post-Artificial Intelligence era or the Jazz-looped investigations of Jan Jelinek and crew, "Diagonals" feels like stepping into a particularly good dream.