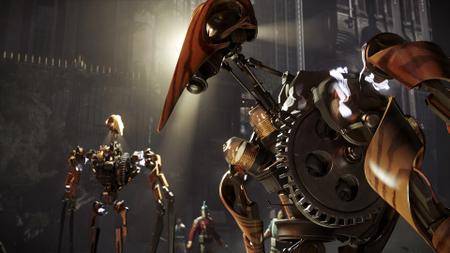 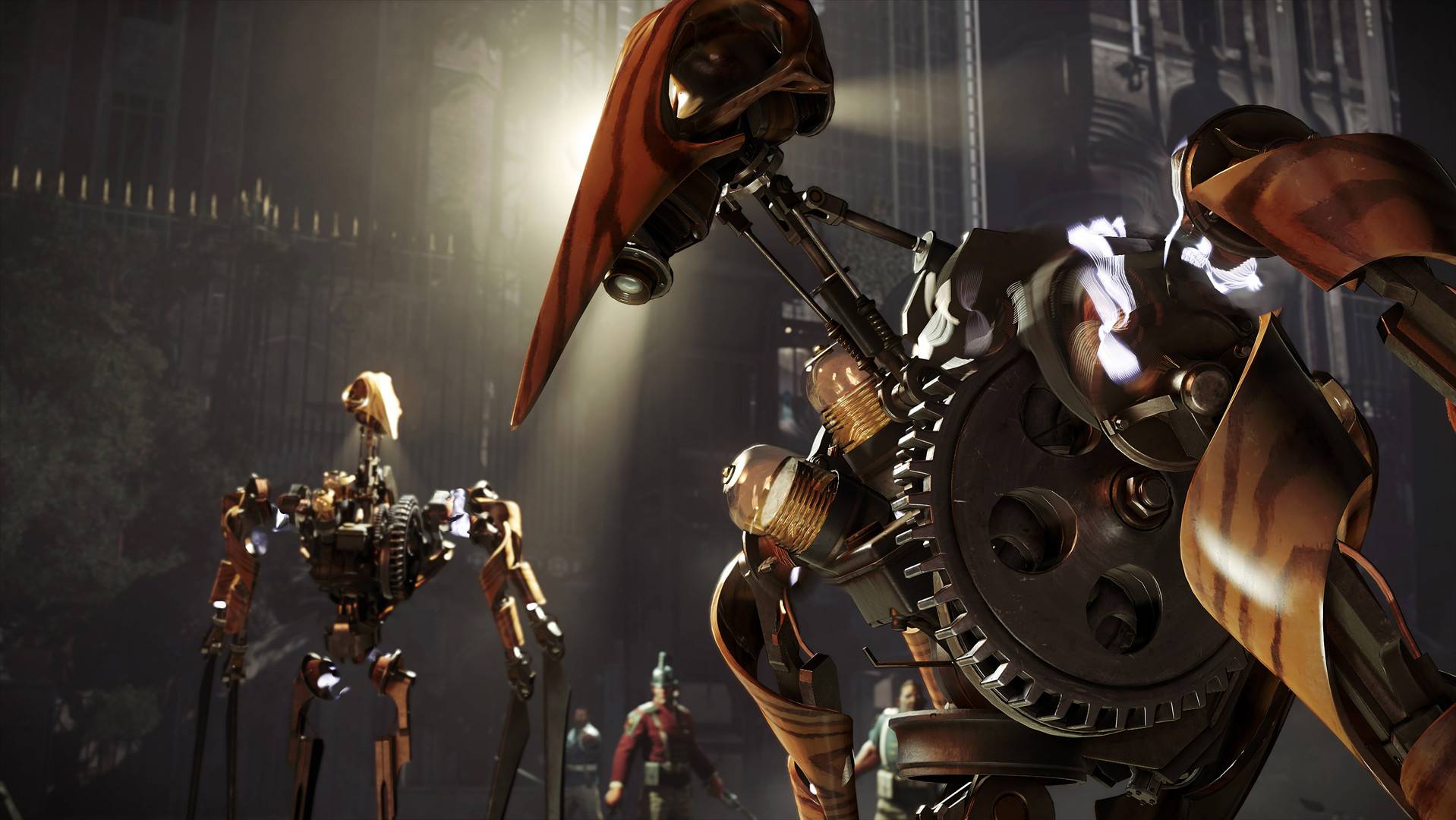 Reprise your role as a supernatural assassin in Dishonored 2.

Praised by PC Gamer as “brilliant”, IGN as “amazing” and “a super sequel, IGN as “amazing” and “a superb sequel”, declared a “masterpiece” by Eurogamer, and hailed “a must-play revenge tale among the best in its class” by Game Informer, Dishonored 2 is the follow up to Arkane Studio's first-person action blockbuster and winner of more than 100 'Game of the Year' awards, Dishonored.

Play your way in a world where mysticism and industry collide. Will you choose to play as Empress Emily Kaldwin or the royal protector, Corvo Attano? Will you make your way through the game unseen, make full use of its brutal combat system, or use a blend of both? How will you combine your character's unique set of powers, weapons and gadgets to eliminate your enemies? The story responds to your choices, leading to intriguing outcomes, as you play through each of the game's hand-crafted missions. 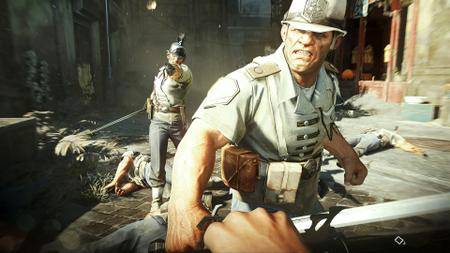 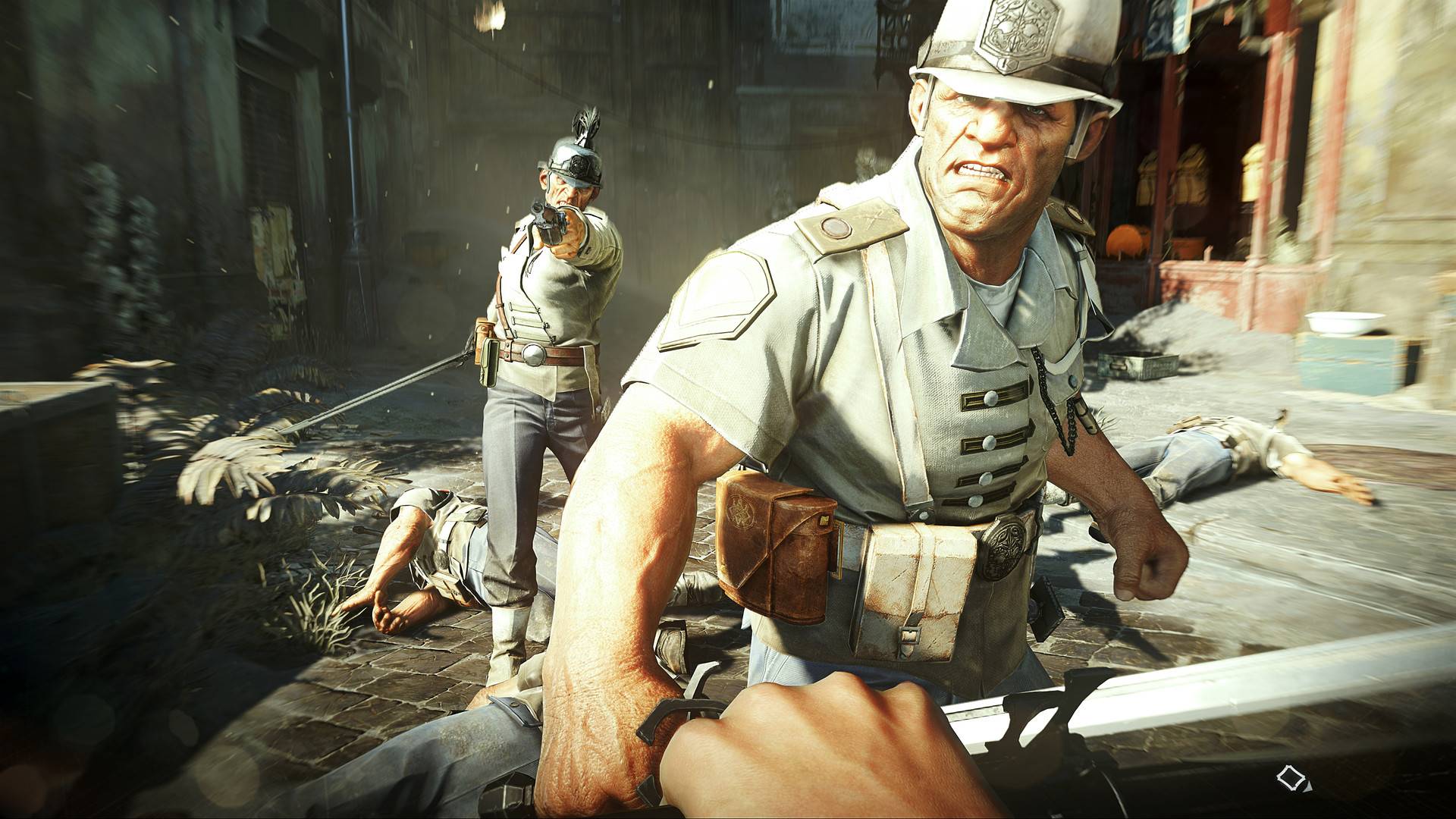 Key Features
• The Assassins. As fully voiced characters, Emily Kaldwin and Corvo Attano now bring their own perspectives and emotional responses to the world and story. Use each character’s set of powers, gadgets and uniquely-tuned weapons in creative ways as you explore the world – whether you fight your way through the city streets or sneak across the rooftops - and which enemies you decide to eliminate or spare.
• Supernatural Powers. Advanced bonecharm crafting and all-new upgrade trees allow you to customize your powers in vastly different ways. Become a living shadow to silently stalk your targets, link enemies so they share a common fate, or mesmerize your foes and dominate their minds. Choose from nearly infinite combinations of violence, nonlethal combat, powers and weapons to accomplish your objectives.
• Imaginative World. From the grimy, rat-infested streets of Dunwall to the lush, exotic coasts of a decaying Karnaca, immerse yourself in stylized locales created by Arkane’s premiere art and narrative teams. The world is a character in its own right, rich with story, architecture and eclectic characters. It is also punctuated by signature mission locations, such as the Dust District, ravaged by dust storms and warring factions, and a madman’s mansion made of shifting walls, deadly traps and clockwork soldiers.
• The Void Engine. Dishonored 2 is beautifully brought to life with the new Void Engine, a leap forward in rendering technology, built from id Tech and highly-customized by Arkane Studios. Designed to support world-class art direction and take full advantage of the powerful hardware this generation has to offer, the Void Engine allows for significant advances to all game systems, including responsive stealth and combat Artificial Intelligence, lighting and graphical rendering, impressively dense urban environments, and story presentation. 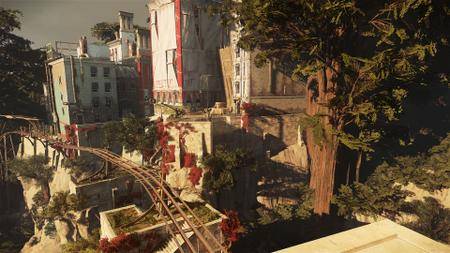 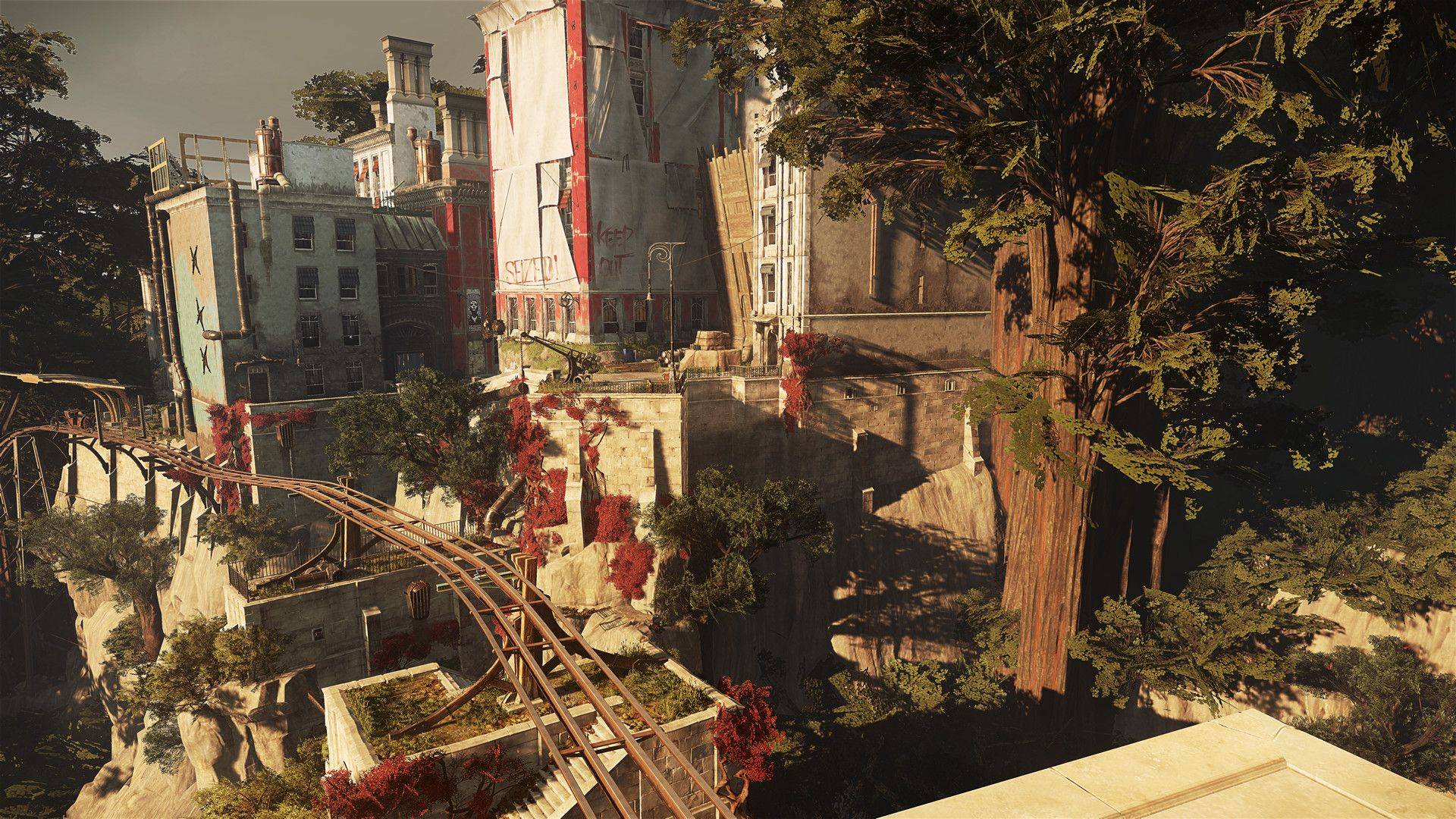