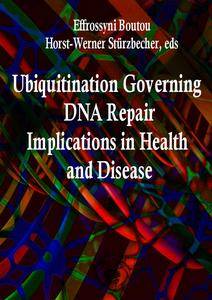 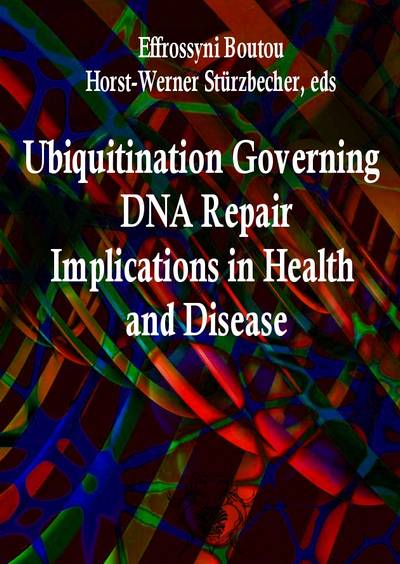 "Ubiquitination Governing DNA Repair: Implications in Health and Disease" ed by Effrossyni Boutou, Horst-Werner Stürzbecher
ITExLi | 2018 | ISBN: 1789235855 9781789235852 1789235847 9781789235845 | 211 pages | PDF | 12 MB
The aim of this book is to cover a broad spectrum of current topics in ubiquitination and to a lesser extent SUMOylation involvement in regulation of DDR and repair in health and disease. This book is intended for pre- and postgraduate students and young scientists in this field. Members of both academic and research institutions, actively involved in the field, have described their current understanding of major mechanisms involved, highlighted key events, described ongoing applications in both developmental diseases and cancer and provided hints for future potential applications.

DNA damage response (DDR) and lesion repair are vital processes ensuring genome integrity through various pathways depending mainly on the nature of DNA injury and cell cycle stage. DDR is finely regulated at many levels in co-ordination with other ongoing processes as is genome replication and cell cycle progression. Posttranslational modifications (PTMs), affecting both protein-protein and protein-DNA interactions, play a crucial role in finely tuning all processes involved in the restoration of genome lesions. Regarding damaged chromatin, PTMs serve in many cases as recruitment platforms for DNA repair mechanisms by facilitating binding sites or regulating interactions between involved proteins. Ubiquitination, the addition of ubiquitin moieties on a target protein, apart from controlling protein availability through degradation, is also involved, together with partner small ubiquitin-like modifier (SUMO), in controlling many pathways involved in DDR by modifying the structure-function relationship and thus interacting with partner molecules.