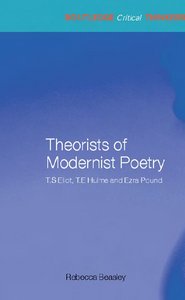 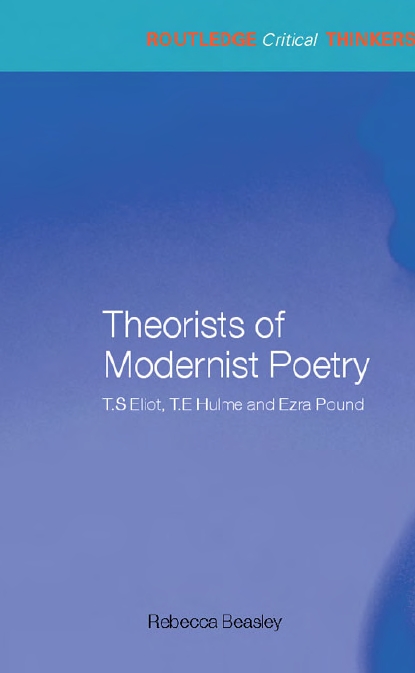 Theorists of Modernist Poetry: T. S. Eliot, T. E. Hulme & Ezra Pound
Routledge | 2007 | ISBN: 0415285402 | Pages: 144 | PDF | 1.03 MB
Modernist poetry heralded a radical new aesthetic of experimentation, pioneering new verse forms and subjects, and changing the very notion of what it meant to be a poet. This volume examines T.S. Eliot, T.E. Hulme and Ezra Pound, three of the most influential figures of the modernist movement, and argues that we cannot dissociate their bold, inventive poetic forms from their profoundly engaged theories of social and political reform.

* the aesthetic modes and theories that formed a context for modernism
* the influence of contemporary philosophical movements
* the modernist critique of democracy
* the importance of the First World War
* modernism’s programmes for social reform.

This volume offers invaluable insight into the modernist movement, as well as demonstrating the deep influence of the three poets onthe shape and values of the discipline of English Literature itself. Theorists of Modernist Poetry is relevant not only to students of modernism, but to all those with an interest in why we study, teach, read and evaluate literature the way we do.