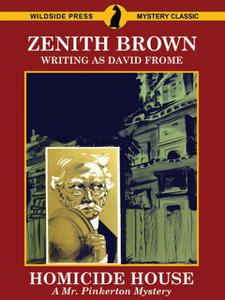 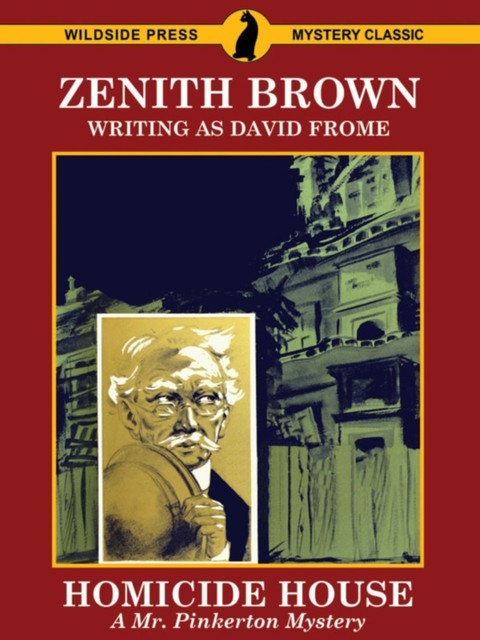 It’s been twelve years since we’ve heard of Mr. Evan Pinkerton, the little, timid man who seems to attract trouble, and continually harasses Inspector Bull of Scotland Yard. They’re back now in Homicide House. The story is laid in postwar London, and Mr. Pinkerton is living at No. 4 Godolphin Square. Despite the fact that he owns the apartment house, he shares meagre quarters on the top floor with the chef. Years of living with the penny-pinching Mrs. Pinkerton (now fortunately deceased) have accustomed him to discomfort, and Mr. Pinkerton is quite happy living where he is.

One day a young American comes swinging along the Square. He attracts Mr. Pinkerton’s attention when he stops in front of No. 22, directly across from No. 4, and now a shell of a house with only a stairway leading nowhere. The American is so obviously distressed at the sight of the bombed-out house, that Mr. Pinkerton breaks a habit of longstanding and speaks to him. When the stranger tells him he is looking for a girl whom he met six years before in an air-raid shelter, and that he knows only that she lived at No. 22 Godolphin Square, Mr. Pinkerton comforts him by revealing that she is living quite safely at the very house in which he himself has rooms.

It takes only one more innocent question to start in motion a train of singularly unpleasant events, and the stranger and Mr. Pinkerton find themselves in the midst of violence and murder.