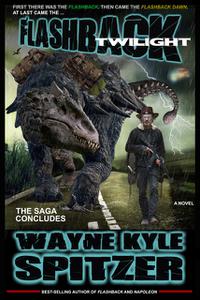 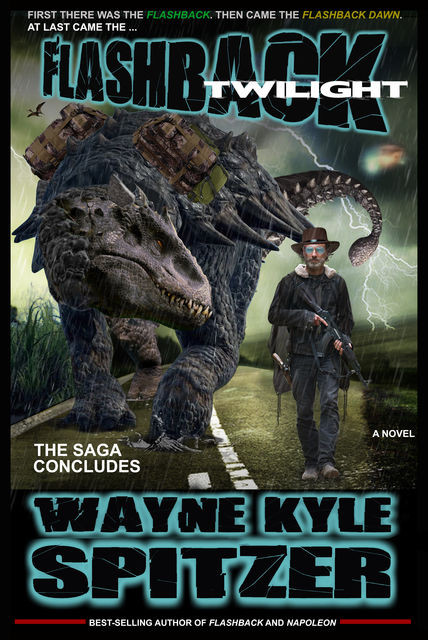 The final book in the Flashback Saga …

They streamed out from the tree line in a veritable blitzkrieg, the guns of the tanks rotating and firing, the foot soldiers alternately taking cover behind vehicles and squeezing off bursts, the raptors and triceratops and stegosaurs charging—as Red and Charlotte and Roger and Savanna continued shooting and the children ran ammo and Bella lit the gasoline trenches, as Gojira and the clerk prepared shoulder-mounted rocket launchers. As hundreds of others joined the battle belatedly and began to kill and to be killed.

And then they were there; they were at the gates, and the triceratops and stegosaurs had waded into the burning trenches and begun serving as bridges—sacrificing themselves so that the raptors and the foot soldiers could cross—even as a column of bulldozers fanned out along the perimeter and prepared to break the lines for good: dropping their blades—which rattled and clinked against the hail of gunfire—revving their engines, spewing black smoke.