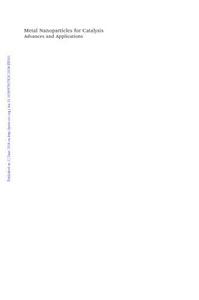 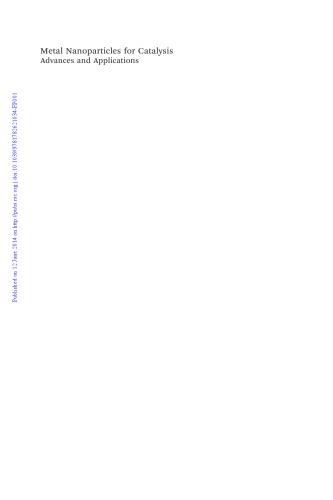 Catalysis is a central topic in chemical transformation and energy conversion. Thanks to the spectacular achievements of colloidal chemistry and the synthesis of nanomaterials over the last two decades, there have also been significant advances in nanoparticle catalysis.Catalysis on different metal nanostructures with well-defined structures and composition has been extensively studied. Metal nanocrystals synthesized with colloidal chemistry exhibit different catalytic performances in contrast to metal nanoparticles prepared with impregnation or deposition precipitation. Additionally, theoretical approaches in predicting catalysis performance and understanding catalytic mechanism on these metal nanocatalysts have made significant progress. Metal Nanoparticles for Catalysis is a comprehensive text on catalysis on Nanoparticles, looking at both their synthesis and applications. Chapter topics include nanoreactor catalysis; Pd nanoparticles in C-C coupling reactions; metal salt-based gold nanocatalysts; theoretical insights into metal nanocatalysts; and nanoparticle mediated clock reaction.This book bridges the gap between nanomaterials synthesis and characterization, and catalysis. As such, this text will be a valuable resource for postgraduate students and researchers in these exciting fields.