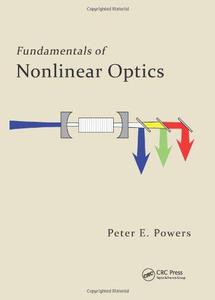 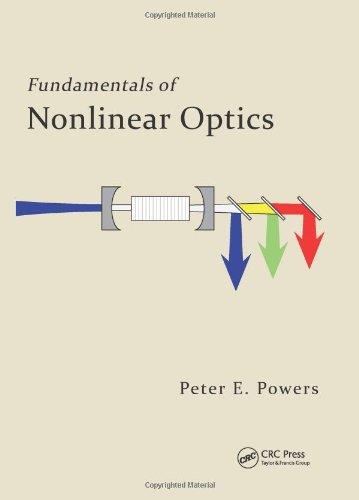 Fundamentals of Nonlinear Optics encompasses a broad spectrum of nonlinear phenomena from second-harmonic generation to soliton formation. The wide use of nonlinear optical phenomena in laboratories and commercial devices requires familiarity with the underlying physics as well as practical device considerations. This text adopts a combined approach to analyze the complimentary aspects of nonlinear optics, enabling a fundamental understanding of both a given effect and practical device applications. After a review chapter on linear phenomena important to nonlinear optics, the book tackles nonlinear phenomena with a look at the technologically important processes of second-harmonic generation, sum-frequency and difference-frequency generation, and the electro-optic effect. The author covers these processes in considerable detail at both theoretical and practical levels as the formalisms developed for these effects carry to subsequent topics, such as four-wave mixing, self-phase modulation, Raman scattering, Brillouin scattering, and soliton formation. Consistently connecting theory, process, effects, and applications, this introductory text encourages students to master key concepts and to solve nonlinear optics problems—preparing them for more advanced study. Along with extensive problems at the end of each chapter, it presents general algorithms accessible to any scientific graphical and programming package. Watch the author speak about the book.