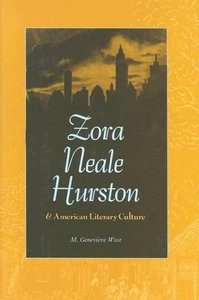 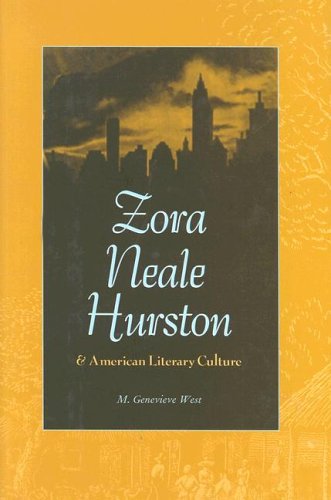 Zora Neale Hurston and American Literary Culture by M. Genevieve West
English | June 30, 2005 | ISBN: 0813028302 | 320 Pages | PDF | 1.4 MB
Genevieve West examines the cultural history of Zora Neale Hurston’s writing and the reception of her work, in an attempt to explain why Hurston died in obscure poverty only to be reclaimed as an important Harlem Renaissance writer decades after her death. Unlike other books on Hurston, this study focuses on how Hurston was marketed and reviewed during her career and how literary scholars reappraised her after her death. While her publisher's approach to marketing Hurston as an African American fiction writer and folklorist increased her popularity among the general reading public, her fellow Harlem Renaissance authors often excoriated her as an exploiter of African American culture and a propagator of black stereotypes. Eventually, the criticism outweighed the popularity, and her writing fell out of fashion. It was only after critics reconsidered her work in the 1960s and 1970s that she eventually regained her status as one of the best writers of her generation. No other book has focused on this aspect of Hurston's career, nor has any book so systematically used marketing materials and reviews to track Hurston's literary reputation. As a result, West's study will provide a new perspective on Hurston and on the ways that the politics of race, class, and gender impact canon formation in American literary culture. This study is based on numerous interviews, short fiction previously undocumented in Hurston scholarship, an innovative analysis of advertisements and dust jackets, examinations of letters by and about Hurston, and the examination of historical/literary contexts, including the Harlem Renaissance, the protest movement, the assimilationist movement, the Black Arts movement, and the rise of black feminist thought.