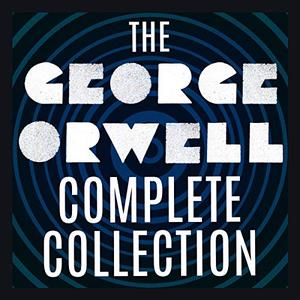 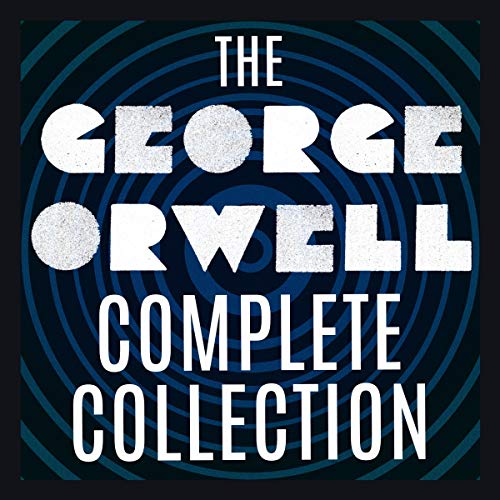 This audiobook includes unabridged recordings of George Orwell's five great novels; three books of nonfiction; and three of his most well-renowned essays.

1984: Winston Smith begins to rebel against Big Brother's totalitarian control and falls in love with fellow worker, Julia, but soon discovers the true price of freedom is betrayal.

Animal Farm: Revolution is afoot for the animals at Manor Farm, and Mr Jones must pay the price.

Burmese Days: John Flory, a white timber-merchant in 1920s Burma, sets out to untangle societal conventions and help Dr. Veraswami save his reputation.

Coming up for Air: In search of a simpler life, George Bowling escapes London and an impending sense of war to return to his childhood village.

Keep the Aspidistra Flying: Gordon Comstock quits his advertising job to pursue the creative life in opposition to "the money god". Only his ever-faithful Rosemary can rouse him from the stupor and challenge his commitment to his chosen way of life.

The Road to Wigan Pier: Vivid descriptions of social injustice, cramped slum housing, dangerous mining conditions, squalor, hunger, and growing unemployment create a searing account of working-class life in the bleak industrial heartlands of Yorkshire and Lancashire in the 1930s.

Homage to Catalonia: Having enlisted to fight for an anti-Stalinist communist party in Spain, Orwell is soon forced to flee the country and here discusses the destructive nature of Soviet communism.

"Politics and the English Language": A stinging criticism of the "ugly and inaccurate" written English of Orwell's time which examines the connection between political orthodoxies and the debasement of language.

"Notes on Nationalism": A biting state of the nation essay which reflects on patriotism, prejudice, and power.

"Why I Write": George Orwell describes his personal journey to becoming a writer and offers some important motives for writing.